‘James and Pat and Dave’ review: Not as memorable 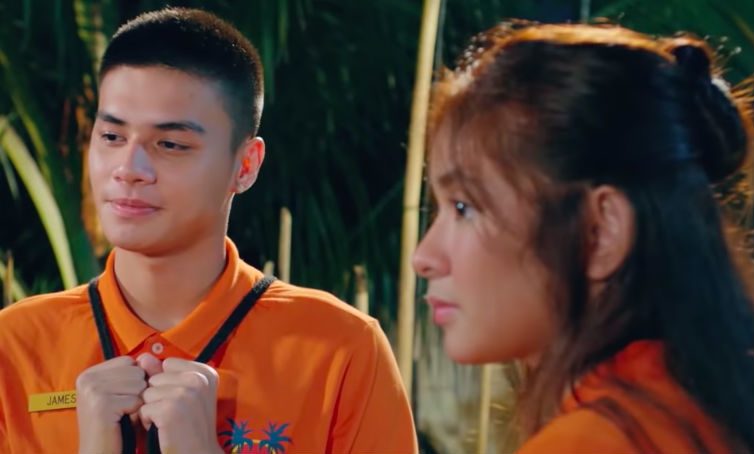 Absent pretensions of evolving the romance into something more profound, the movie turns out to be guiltless and harmless fun.

James & Pat & Dave, which continues the story started in Vince & Kath & James by allowing James another chance for his own happy ending after giving way for Vince and Kath to get theirs, is similarly reliant to formula.

The movie offers no surprises.

Perhaps the most unique thing about it is its innovative shift to depict a character who was a grating hindrance to somebody else’s romance as a protagonist in his own love story, with his recent experience of rejection a constant theme throughout the plot. Boborol’s attempt to upcycle an already existing character opens up the movie to tackle themes of self-worth and redemption, through the easily digestible perspective of romantic love.

In a way, the James & Pat & Dave one-ups predecessor since despite its firm grip on the rom-com playbook, its clever expansion of an already complete narrative to portray the repercussions of romantic defeat is a novelty that Vince & Kath & James never attempted to have. Sadly, and perhaps because it is pre-equipped with baggage, the movie feels too preoccupied by the past to be its own thing.

Instead of avoiding comparisons, it invites them. The shadow of Garcia and Barretto’s undeniable chemistry is apparent, making even the best of James & Pat & Dave’s many attempts to really marry romance and comedy feel second-rate and sometimes clumsy. The movie never feels funny enough, or charming enough, or serious enough. It seems satisfied to simply be an extension of the surprise hit that is Vince & Kath & James.

It doesn’t help that Ronnie Alonte, who reprises the role of James, is a bland lead.

Sure, he has improved a lot since Vince & Kath & James where he is simply unconvincing as a romantic rival. However, he lacks that specific charisma that would compel viewers to root for him. He plays an underdog but he doesn’t inspire enough sympathies or compassion. It is clearly Loisa Andalio, who plays Pat with a mix of adorable feistiness and compelling vulnerability, that provides the movie with its much-needed heart and soul. Donny Pangilinan, who plays Dave, James’ romantic rival, is as dull as Alonte.

Actually, if it weren’t for Andalio and the loud and rowdy antics of Awra Briguela, the movie would have been such a dry affair.

James & Pat & Dave just doesn’t work hard enough to make it feel like it is really necessary, given that its predecessor is fully enjoyable as it is.

There is promise in its conceit but the movie itself squanders those opportunities with its lack of imagination. It is still definitely entertaining and its ending proves to be more satisfying than expected. – Rappler.com