Feb 8, 2014 3:43 PM PHT
Zig Marasigan
Facebook Twitter Copy URL
Copied
It wouldn’t be the first film to explore the underbelly of America’s most wanted, but it’s a film more focused on the men than the con 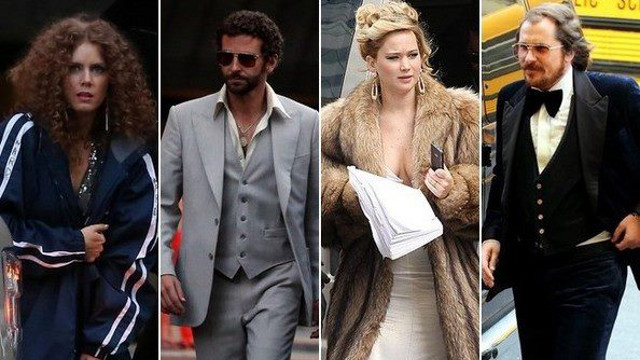 MANILA, Philippines – American Hustle begins with a rather unusual preamble. “Some of this actually happened,” it reads. From the get-go, the film confesses that most of its true-to-life story is a lie. But when it comes to a story of conmen, hustlers, and swindlers, it’s also brilliantly fitting.

Loosely based on a real-life FBI operation, American Hustle follows the story of con artists Irving Rosenfeld (Christian Bale) and Sydney Prosser (Amy Adams). After earning a reputation for small time (though extremely lucrative) scams in the late 1970s, Irving and Sydney are forced by FBI agent Richie DiMaso (Bradley Cooper) to entrap white-collar criminals. But when their elaborate con begins to spiral out of control,  Irving and Sydney realize that they might be the only criminals going to jail.

On the surface, American Hustle is an entertaining crime drama with conmen instead of gangsters, and while it wouldn’t be the first film to explore the underbelly of America’s most wanted, it’s a film more focused on the men than the con. Despite all the gaudy hairstyles and uptown 70s fashion, American Hustle is a hypnotizing character study of ambition, deceit and survival.

Here, lies are the strongest currency, but they’re only worth as much as you’re willing to believe. For Irving and Sydney, however, their lies are top dollar. They’re a crude couple, mismatched but perfectly compatible. But with Irving chained to his wife Rosalyn (Jennifer Lawrence), Sydney becomes the neglected mistress in this jilted love triangle.

Though their craft relies on lies, Irving and Sydney are ultimately selling dreams. And what better dream to sell than the American one?

The characters and the con

There is a raw energy to American Hustle. It moves from one scene to the next with a briskness of a marathon runner but with the grace of a figure skater. Although the film often meanders from one plot point to the next, it does so with such deft intent that it’s difficult to pinpoint where the story strays.

While the film isn’t without its fair share of missteps, American Hustle trumps all of its shortcomings through the strength of its performances. With this year’s Academy Awards not too far away, Adams and Lawrence have brought considerable buzz to the film for their respective Oscar nods. But Bale and Cooper deserve just as much praise for their remarkable mix of vitality and complexity.

Director David O. Russell succeeds in balancing nuance and bombast, but it’s his skill as a storyteller that ultimately shapes the film into something more profound than its con-crafting exterior lets on.

Although a majority of the American Hustle is engagingly complex, it’s a little disappointing to discover that its final act is surprisingly straightforward. For all its style and subtlety, American Hustle  fails to drive any of its themes home. Instead, it’s perfectly content with wrapping its ending in a neat little ribbon complete with a greeting card and a curtsy.

In a way, this becomes the film’s most effective con. After all the pieces have been setup, the film settles for a final play that feels disappointingly underwhelming. But maybe this is the American Dream in action, a fairy tale where golden-hearted villains are glorified as hardworking heroes. Because in this part of the world, no one needs a dose of truth when a lie will do just fine.

The dream and the hustle

The allure of the American Dream has always been in its accessibility. Everyone, regardless of race, religion and background, is free to earn themselves a better life from the sweat of their brows and the blisters on their backs. Unfortunately for many in modern day middle-America, that dream has long faded into myth.

In American Hustle, the dream lives on. Like the gangsters of Martin Scorsese, Russell’s conmen are unyielding survivors. They commit themselves to the dream from the feet up, and dedicate themselves so deeply to a lie that it becomes the truth.

Like most crime dramas, American Hustle romanticizes its lawbreaking leads, very much like the American Dream. There is an unwavering rebel spirit in digging yourself out of the dirt and spitting in the face of system. And while that may not work in the real world, it definitely does in American Hustle.