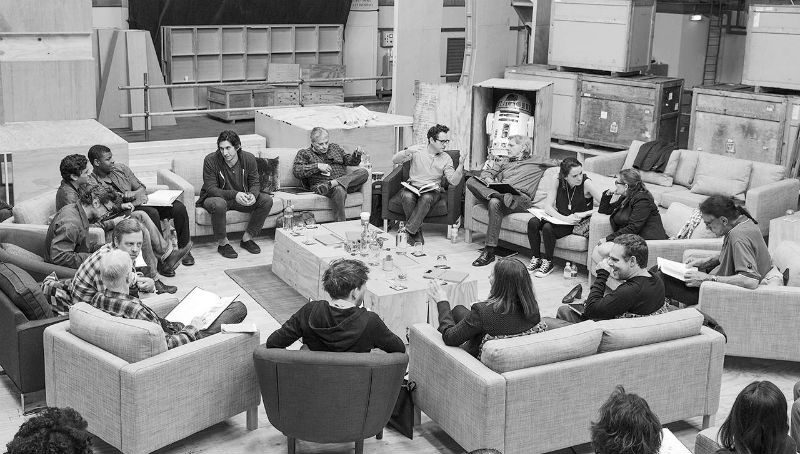 Facebook Twitter Copy URL
Copied
Major news for 'Star Wars' fans young and old: the cast has been announced by Walt Disney Studios. May the Force be with the new group of actors taking on this epic challenge!

The Star Wars team is thrilled to announce the cast of #StarWarsVII. http://t.co/olYNcuCFwb

Below is the short release in full, courtesy of Walt Disney Studios:

“The Star Wars team is thrilled to announce the cast of “Star Wars: Episode VII.”

Director J.J. Abrams says, “We are so excited to finally share the cast of `Star Wars: Episode VII.’ It is both thrilling and surreal to watch the beloved original cast and these brilliant new performers come together to bring this world to life, once again. We start shooting in a couple of weeks, and everyone is doing their best to make the fans proud.”

“Star Wars: Episode VII” is being directed by J.J. Abrams from a screenplay by Lawrence Kasdan and Abrams. Kathleen Kennedy, J.J. Abrams, and Bryan Burk are producing, and John Williams returns as the composer. The movie opens worldwide on December 18, 2015.”

Star Wars Episode IV: A New Hope was released in 1977, and introduced the world to young Luke Skywalker, who leaves behind a life on Tatooine to meet his destiny: to face the forces of the Galactic Empire and its leader, Sith lord Darth Vader.

Along the way, he learns the ways of the Force to become a Jedi knight, and meets the characters who are now movie icons: Yoda, Obi-Wan Kenobi, Princess Leia, Han Solo, C-3PO, R2-D2, and Chewbacca, among others.

The succeeding films, Episode V: The Empire Strikes Back (1980), and Episode VI: The Return of the Jedi (1983), chronicled Luke’s journey towards mastering the ways of the Force against the backdrop of the raging war between the Galactic Empire and Rebel Alliance.

Episode V in particular has become famous for its big reveal: that Anakin Skywalker, Luke’s dad, and Darth Vader himself are one and the same. (“No, I am your father!” is the famous line often misquoted as “Luke, I am your father!”)

A somewhat less well-received (critically, at least – remember Jar Jar Binks?) trio of movies, Episode I: The Phantom Menace, Episode II: Attack of the Clones, and Episode III: Revenge of the Sith, were released decades later. These movies followed the evolution of Anakin Skywalker from wide-eyed slave to evil Darth Vader.