Third Person is a film that benefits from a blank canvas. The more you know about it, the less likely you’ll enjoy it. Given the circumstances, it’s highly encouraged that you bookmark this review for later, especially if you are already intending to see it. 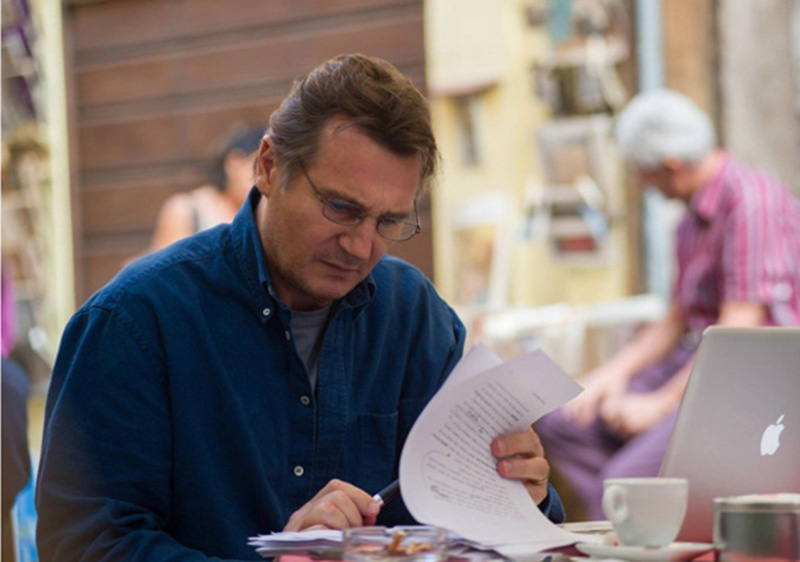 That said; it’s difficult to provide a convincing endorsement for a film so obviously divisive. Third Person is a challenging, occasionally self-indulgent, but often testy piece of cinema. But for those who are willing to take the gamble, Third Person is a welcome respite from the current onslaught of Hollywood sequels.

Written and directed by Paul Haggis, writing is at the epicenter of Third Person, a subject familiar to the Academy Award nominated filmmaker.

Michael (Liam Neeson) is a Pulitzer Prize-winning author who has adopted the knack for writing about himself in third person. It allows him to develop his characters with clinical detachment, and he is no exception. 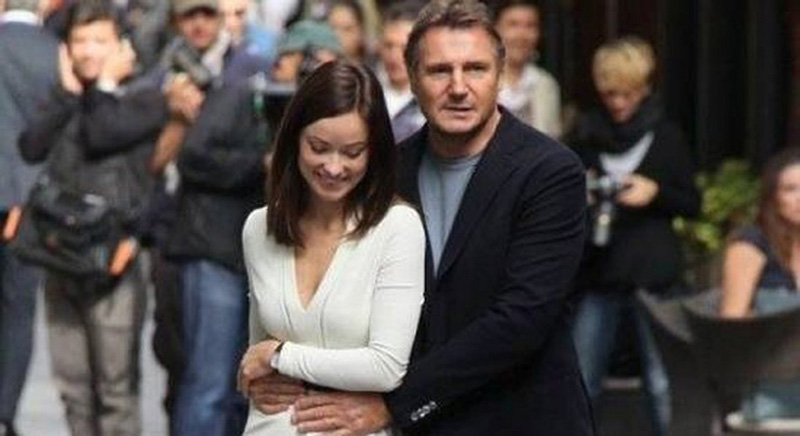 To him, people are mere players in the grander work of fiction. As he slaves away on his latest novel in a five star hotel in Paris, he is visited by his young mistress Anna (Olivia Wilde), a journalist with her own literary aspirations. Their affair is energetic, naive and fragile, like young love. But it acts as the fulcrum of Michael’s story.

But Michael is part of a much larger world. In Italy, an American businessman, Scott (Adrien Brody) meets a seductive young Monika (Moran Atias) in need of money. In the United States, Julia (Mila Kunis) is at odds with her lawyer Theresa (Maria Bello) in legal battle that has consumed her life. These globe-spanning stories don’t quite intersect until much later in the film, though the thematic similarities become clearer with every passing scene. It’s a risky tactic that makes it difficult to track the connection between characters, but as the plot unfolds, so do their relationships.

Third Person plays hopscotch with its characters, bouncing almost arbitrarily from one narrative thread to the next. While there are only three main stories, those branch out into their own satellite subplots. It’s all part of a much larger scheme in Haggis’ story, and all of it has to do with Michael.

Between fact and fiction 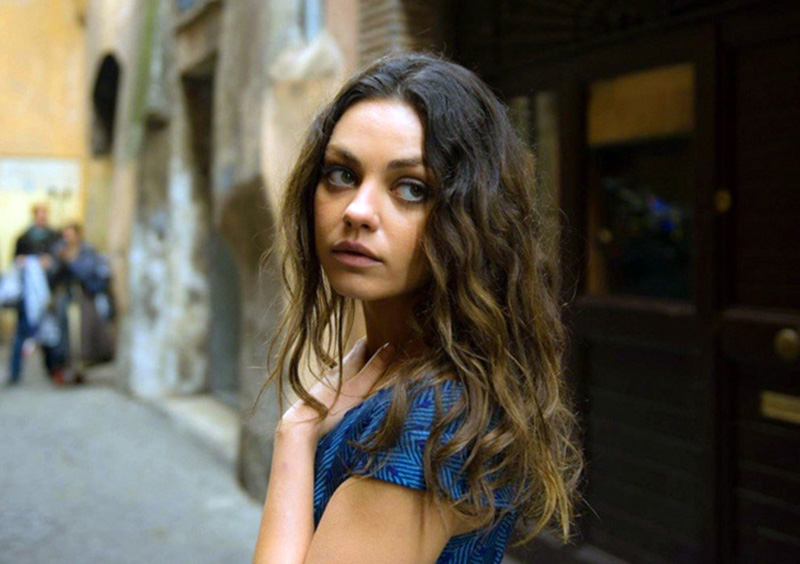 It’s easy to criticize Haggis for treading familiar territory. Third Person is structurally similar to his Academy Award-winning Crash, where multiple narratives intersect to present a much larger picture. But unlike Crash, the larger picture isn’t so obvious.

Third Person requires a high degree of patience, and an even a higher degree of trust. Audiences are forced to submit to Haggis’ narrative, while entrusting him with the task of delivering a satisfactory conclusion.

But with Michael at the film’s narrative core, we begin to see his characters bleed off the page. As the film scuttles forward, the line between fact and fiction begin to blur. Other characters appear, though fleetingly, in Michael’s writing, and soon the film challenges viewers to distinguish the reality from the fantasy. But for the knowledgeable writer, they are one in the same. Stories are drawn from real life, fiction is driven by fact, and even the best of writers can’t hide from that. 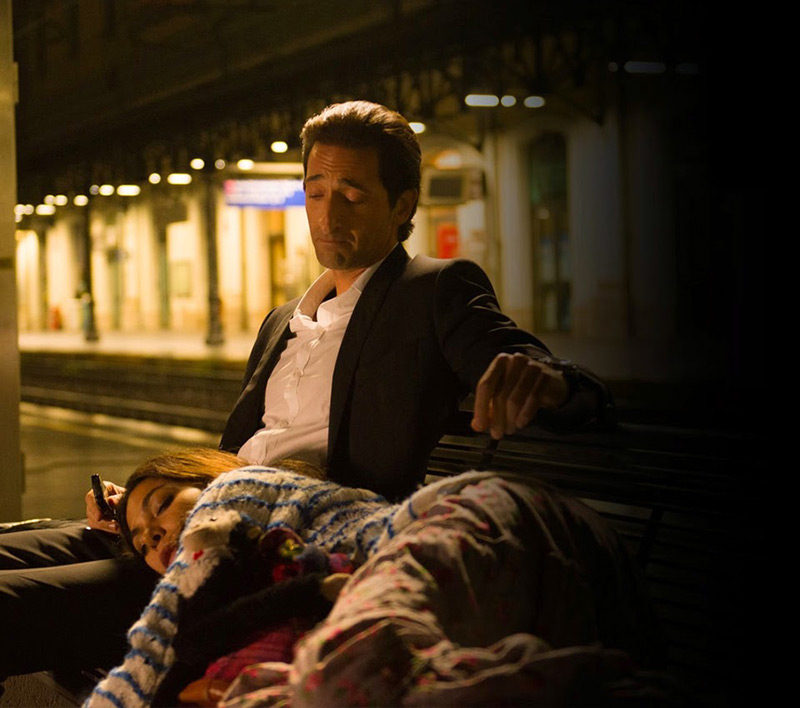 But despite its narrative ambition, Third Person doesn’t coalesce as well as it should. Haggis is in love with his story’s structure. Like the talented yet flawed Michael, it is his heart that is lacking. Coincidentally, Haggis is aware of it. In fact, it is flat out intentional.

“Now you have random characters making excuses for your life,” Michael’s publisher tells him, after reading his still unfinished book.

With Michael’s career in its twilight years, he can’t help but confront the demons that have led him there. Although Third Person is about multiple characters, it’s really just about one. As Michael struggles to finish his book, we begin to discover that his real struggle is with something far more personal.

It’s difficult to write about Third Person without giving too much away. But even then, Third Person delivers finely tuned layers that resonate far beyond simple description. Unfortunately, these layers are too finely tuned, waxed clean of the very passion, life and vigor that were supposed to propel its characters. Instead of tackling his characters at length, Haggis intentionally skips from one thread to the next in an awkward juggling act that hits the pavement far more than it does the air.

But that’s exactly his main character’s fatal flaw. Michael is the unreliable narrator to his own story. He embellishes the truth and disguises it as fiction. He hides under the skin of his characters, but never confronts the demons that haunt him outright. While it does prove to be problematic for the story, it only highlights the ingenuity of its themes.

In a way, the brilliance (and narrative loophole) of Third Person is in its cracks. All the film’s narrative flaws simply resonate the flaws of Michael himself. They mirror his slowly degrading ability as a writer, and only amplify his faults as a human being.

By the film’s end, Third Person makes a clear distinction between fact and fiction. It’s an ending that won’t satisfy many viewers, and will leave more question marks than answers. But if there’s anything to take from a writer’s life, it’s that they are never truly satisfied. – Rappler.com