‘Dawn of the Planet of the Apes’ Review: More man than ape

Jul 12, 2014 11:06 AM PHT
Zig Marasigan
Facebook Twitter Copy URL
Copied
'One of the brightest blockbusters of the year,' says Zig Marasigan of this sequel

Prequels are the failsafe Hollywood plan. With original stories like Transcendence bombing at the box-office, film execs are often forced to revive existing properties to ensure ticket sales. Unfortunately, the prequel and reboot route doesn’t always lead to quality entertainment. 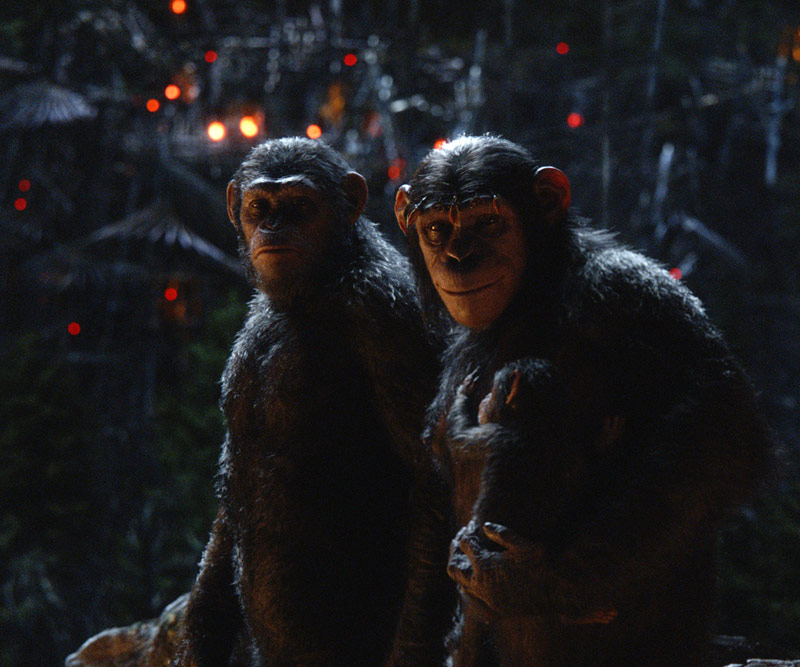 Thankfully, the newly resuscitated Planet of the Apes franchise is a master class on how prequels can be done right. But even with the franchise’s restored credibility, the series’ continued success is hinged on its ability to build on the goodwill earned by its predecessor. Fortunately, Dawn of the Planet of the Apes doesn’t rest on any of its laurels.

Set years after the vicious outbreak of the so-called Simian Flu, Dawn of the Planet of the Apes sees humanity driven to the brink of extinction. A growing clan of apes, led by the iron-willed but righteous Caesar (Andy Serkis) has made a home around the outskirts of a dilapidated San Francisco. 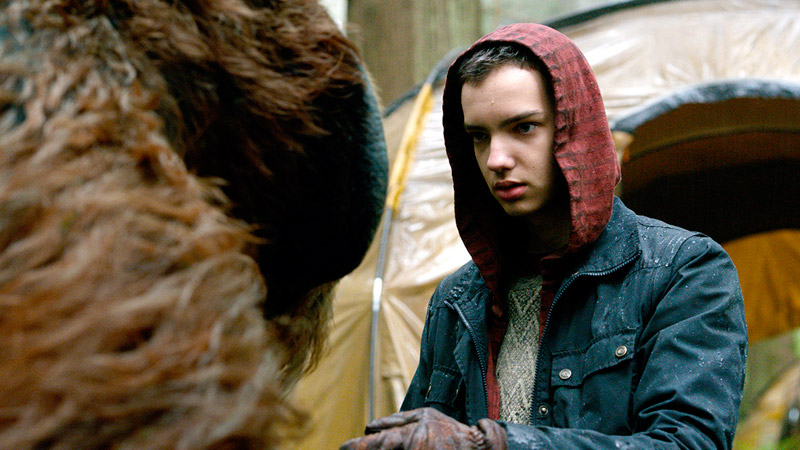 But when Caesar and his second-in-command Koba (Toby Kebbell) discover a rather large colony of human survivors, tensions are sparked when the apes discover that their home is built right next to the only plausible power source for the human survivors.

For the struggling colony of men and women, it’s a matter of rebuilding civilization. For Caesar and his clan, however, it’s a matter of retaining theirs. In the spirit of the franchise, both new and old, Dawn of the Planet of the Apes makes clear distinctions between man and ape. But in this movie, there isn’t much difference between us and them. 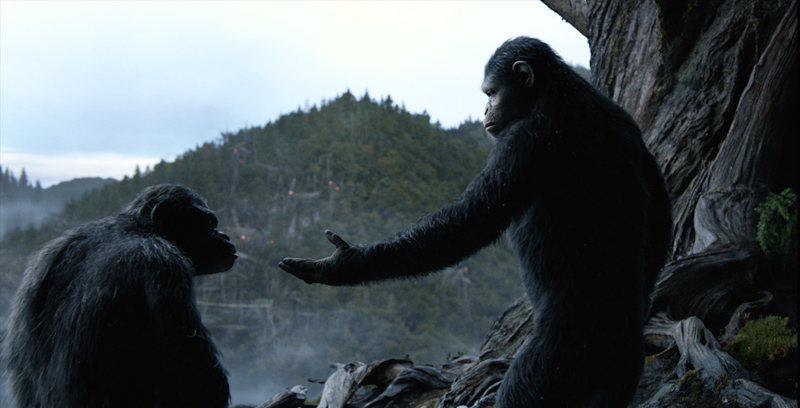 An intersection of talent

While the first film followed the story of a scientist played by James Franco, Dawn of the Planet of the Apes places the spotlight firmly on Caesar himself. It’s a narrative risk that requires audiences to invest heavily on Caesar and his clan, but it’s a risk made with capable actors, a well-woven story and an Oscar nominated special effects team. It’s an awe-inspiring intersection of talent that effectively transforms computer-generated simians into convincing flesh and blood characters. 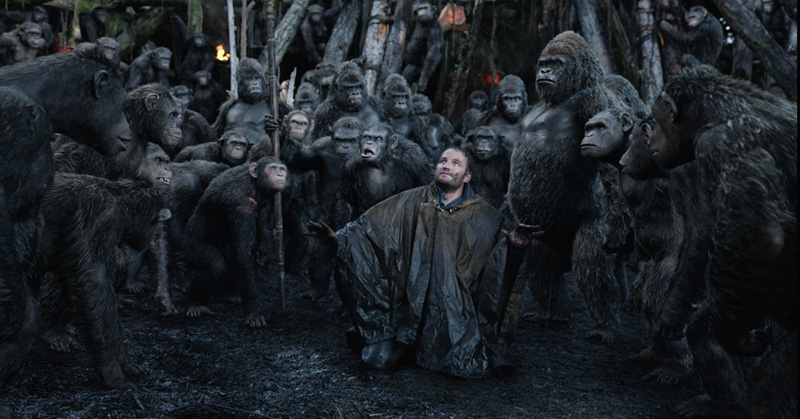 Despite the film’s sparse dialogue and heavy reliance on grunts and gestures, it’s a feat how much is conveyed with so little. And though Caesar is the obvious centerpiece of the film, his fellow apes are just as much living, breathing beings as their human counterparts.

In fact, one of the film’s most touching moments is between Caesar and his son. And despite all the technical wizardry, there’s no denying the heart that went into the film’s creation.

On the whole, the Planet of the Apes franchise follows the eventual rise of apekind. But more importantly, the film follows the evolution of Caesar as their leader. He is conflicted between his loyalty to his kind and the inherent goodness of humanity. And when Caesar strikes an initially tenuous relationship with human survivor Malcolm (Jason Clarke), he is reminded that this good still exists. 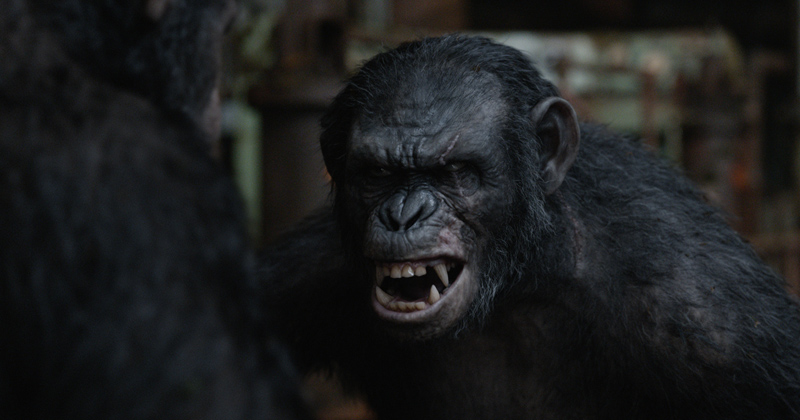 Unfortunately, not all apes are as forgiving of human nature. The tension between ape and man are unavoidable (if not, overly predictable), but the film focuses instead on the conflict between ape and ape.

“Ape do not kill ape,” Caesar reminds his people. It’s an edict born out of an effort to be better than mankind, but even Caesar can’t be rid of the scars left by the former subjugators of the earth. With a family to protect, and a clan to lead, Caesar recognizes the human threat as a pressing one. But it’s the growing schism between Caesar and the scarred Koba that eventually proves to be the most formidable challenge to their species.

Although the eventual war is fought with guns and spears, it is fundamentally a clash of principles. And try as Caesar might to avoid armed conflict, he soon realizes that leadership also requires the gumption to choose, to act and to fight. 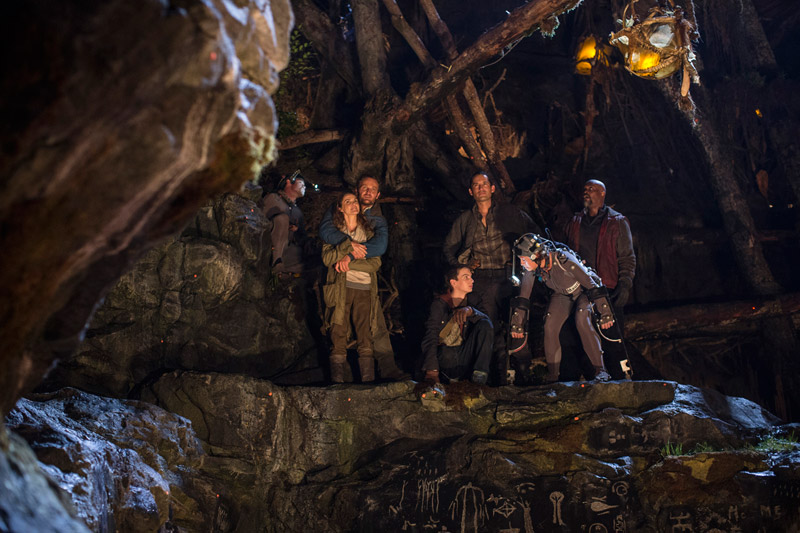 Despite Caesar’s insistence that apes are better than men, he eventually discovers that they suffer from the same fundamental flaws. Like men, not all apes are created equal. It’s a humbling discovery that eventually reshapes Caesar’s worldview, and like all tease-worthy series, it’s a seed that won’t bear fruit just yet.

Dawn of the Planet of the Apes is the second in what was originally announced as a three part prequel. But as the story between ape and man continues to unfold, the coast is clear for even more stories following the rise of apekind and the continued fall of humanity.

As Hollywood continues to mine its portfolio of existing properties and long dead franchises, The Planet of the Apes series is now two for two when it comes to delivering an old story retold in an amazing new light. It is always darkest before the dawn, but this sequel stands out as one of the brightest block busters of the year. – Rappler.com