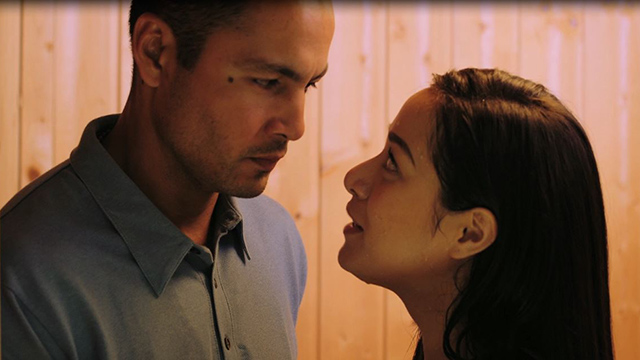 In this movie, Derek Ramsay’s character leads a troubled life. His characters are often caught between two beautiful, warring women, and he must frequently pick which damsel deserves him the most. In Trophy Wife, his character now has to pick between the sultry Cristine Reyes and the ravishing Heart Evangelista. 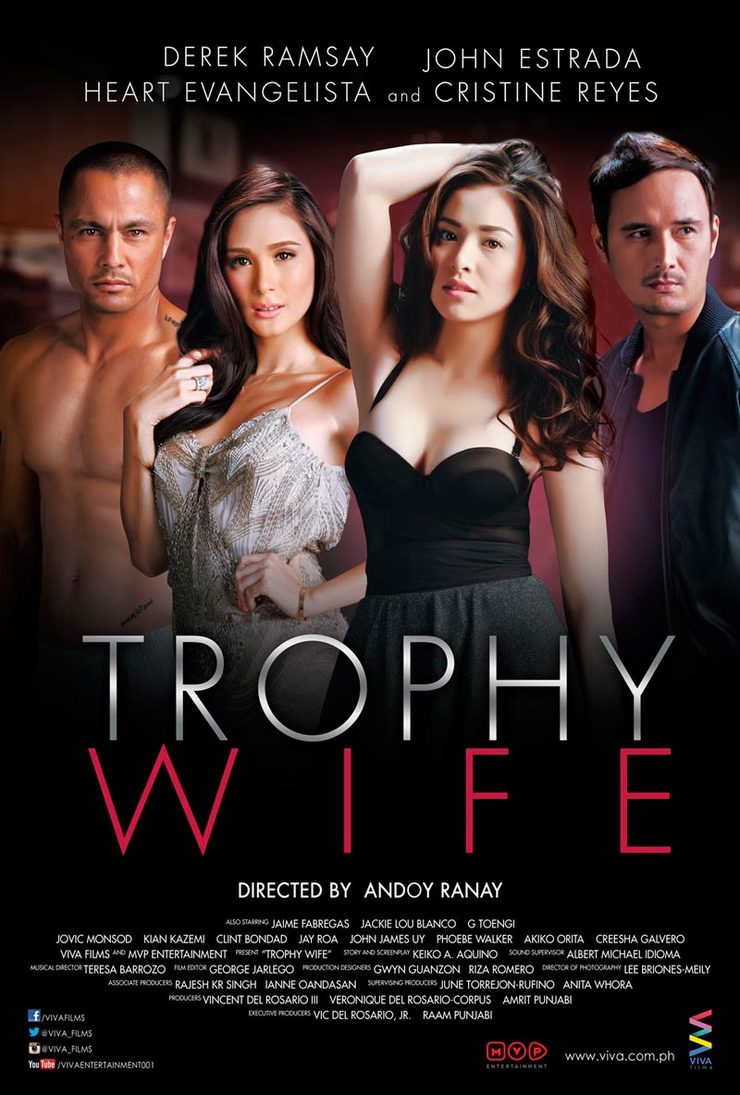 Although Ramsay’s real world love life has proven far less scandalous (though no less intriguing) than his movie characters, there’s no denying that Ramsay’s career has fashioned himself to be a sort of sun-kissed Adonis, cursed with hyper-sexualized existentialism.

Ramsay seems to gravitate towards roles with an uncontrollable libido, and swings from one film to the next, much like how he swishes, swashes and slams into whatever role he fancies at the time.

Trophy Wife embraces that same persona Ramsay has shaped for himself, but the film is also chiseled from the same marble that has made films like A Secret Affair and No Other Woman a recent and popular trend. But while Ramsay has always been the sexual come-on for films like these, he’s hardly ever been the main character.

In truth, it’s the third parties that carry these stories, and Trophy Wife is no different.

This time around, Lani (Christine Reyes) is a naïve and girl – but when Lani falls in love with the hunky, party-going Chino (Derek Ramsay), her heart is broken when Chino is suddenly whisked away to America by his older brother Sammy (John Estrada).

Left alone and pregnant, Lani then hatches an elaborate plan to woo Chino back to the Philippines. But Lani soon discovers that the former playboy has fallen madly in love with the beautiful Gwen (Heart Evangelista).

Trophy Wife admittedly deviates from the ‘mistress’ formula, and for good reason. Other films have done it before, have done it well, and have done it with less. Trophy Wife does provide some interesting twists to an old story, but the results are so undeniably convoluted, and so ridiculously unbelievable, that it’s difficult to take the film seriously.

But when the main character thinks with his second head more than his first, maybe that’s the point.


“In truth, it’s the third parties that carry these stories, and Trophy Wife is no different.”

Trophy Wife begins harmlessly enough, taking its time to set up an overcomplicated relationship between its 4 main characters. There is Chino’s blossoming relationship with Gwen, and Sammy’s ongoing life in the Philippines, but it is Lani’s rise and recovery after getting her heart broken that ends up pulling most of the film’s initial weight.

Cristine Reyes may have typecast herself as a sort of one note vixen, but there’s no denying that Reyes does have the ability to bare emotion when it’s called for. As the love obsessed Lani, we first see Reyes as a stripped-to-skin woman.

It’s almost distracting to see Reyes with the barest of make-up, but it’s also amazing to see how much she does even without it.

From there Reyes transforms from nothing to everything, building herself to be the trophy she’s always wanted to be. It’s an admittedly captivating arc for an actress like Christine Reyes, a woman desperate to win back the heart of her first love, and it’s a role that is initially matched by convincing performances from Heart Evangelista, John Estrada and even Derek Ramsay.

Unfortunately, that kind of momentum isn’t kept consistent with the rest of the story, and when Trophy Wife hits its second half, things quickly unravel.

From drama to thriller

Spoiler alert: Though initially a drama, Trophy Wife suddenly morphs into an unexpected thriller. But what could’ve been a Pinoy version of Fatal Attraction is, instead, an incoherent race to the finish line. Instead of opting to focus on the film’s intricate web of relationships, the film tears that all down with a final act that is absurd and unbelievable. Long-lost siblings and dirty family secrets end up turning what begins as an understated film into another big screen soap opera.

The problem isn’t that the tone changes, but that it does so in a way that is so abrupt and jarring that anything that comes before it makes no sense whatsoever. And as much as Trophy Wife tries to differentiate itself from the slew of mistress films that have come before it, it ends up with something that is arguably worse.

It’s worth noting that Trophy Wife dares to be something different. Unfortunately, its means of getting there is marred by twists and detours so alarmingly unconvincing that its final act is by no means satisfying. With no clear resolution in sight, Trophy Wife ends with a jarring freeze frame and an unsettling fade to black.

But while Trophy Wife tries its best to put its own spin on the mistress genre, Derek Ramsay is once again left to with some tough decisions to make. Unfortunately, all of them are made for him. – Rappler.com