Facebook Twitter Copy URL
Copied
Who lost a tooth while filming? How do they feel about a Hollywood ‘Kenshin’? View the entire question-and-answer portion here!

MANILA, Philippines – There were those who lined up at 6am, before Glorietta had even opened its gates. Some came from out of town, from places like Davao or Pangasinan. Many showed off X-shaped “scars” on their cheeks, held up signs and posters for their favorite stars to see. 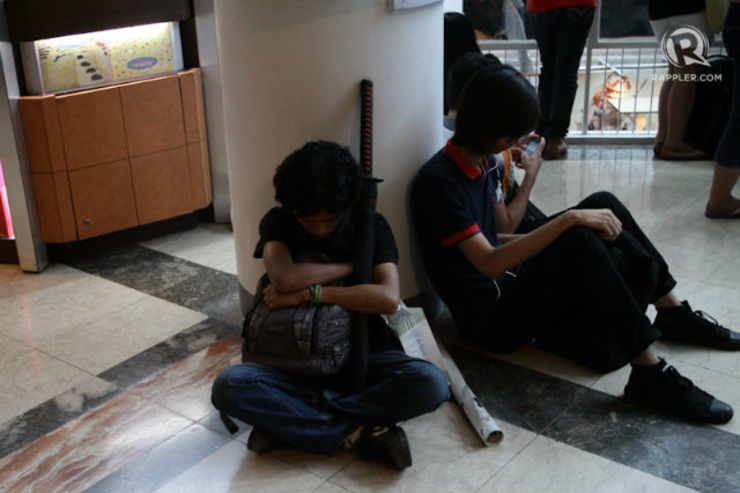 On Day 2 of the Rurouni Kenshin: Kyoto Inferno visit, It was all about the fans, from beginning to end.

When Takeru Satoh (Kenshin Himura), Munetaka Aoki (Sanosuke Sagara), and director Keishi Otomo stepped out into the spotlight, it was to fans calling, “Kenshin! Kenshin!” and “Sano! Sano!”

All returned the enthusiasm, while making the special effort to wave to fans who were watching from the highest balconies, far away from the frantic energy that punctuated the Glorietta Activity Center. “Astig!” (Awesome!) cried Munetaka, who said that a Filipino taught him the term and that he felt it was appropriate for Sano.

Much like his character, the rough street fighter Sanosuke Sagara, Munetaka was exuberant, rallying the crowd, urging them to call out “Sano!” He even waved to his cosplay counterpart in the audience.

During the question-and-answer portion, he would later reveal to the crowd that he lost a tooth – one of a few injuries he sustained while filming the action-packed film. 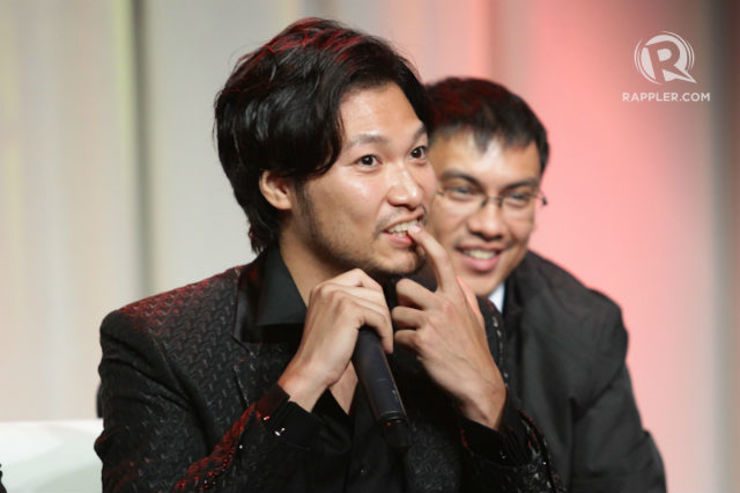 “I lost a tooth from [all the] hitting,” he said. “But I don’t mind because I am Sanosuke!”

More reserved but looking just as delighted as the other two was Takeru Satoh, who wasted no time saying, “Mahal ko kayo!” (I love you guys!)

He was at different turns charming and light-hearted, blowing a kiss to the fans and telling the crowd that he fell in love with the Philippines.

But he later turned serious, pondering questions about his character and answering with care – just as Kenshin might. In fact, Takeru said that Kenshin continues to play a significant role in his life. “In my case, in my daily life, I always ask myself in my decision making– ‘If it was Kenshin, what would he decide to do?…’ he says. “He’s like a mentor to me, someone I respect and look up to.” (READ: What Rurouni Kenshin actors think of their characters)

Meanwhile, director Keishi Otomo spoke about how much he loved working with the actors. When asked how he felt if Hollywood were to make its own version of the film, he said cheekily, “I would say, go ahead, try it!” Later, a small group of lucky fans went up onstage to meet their idols, with one of them getting swept up into a hug by Munetaka.

Finally, Takeru had these final words to say to his fans. WATCH:

The press conference was the culmination of a 2-day visit to the Philippines. On day 1, Munetaka Aoki, Takeru Satoh, and Keishi Otomo were joined by Emi Takei, who plays Kaoru in the film, for the movie’s Asian premiere at SM Megamall. Watch their red carpet interviews with Rappler here.

Early in day 2, they were named cultural friendship ambassadors by the Makati City Council, and also viewed a Rurouni Kenshin-themed jeepney.

Later in the day, the stars, without Emi Takei, concluded a series of press interviews, including one with Rappler. 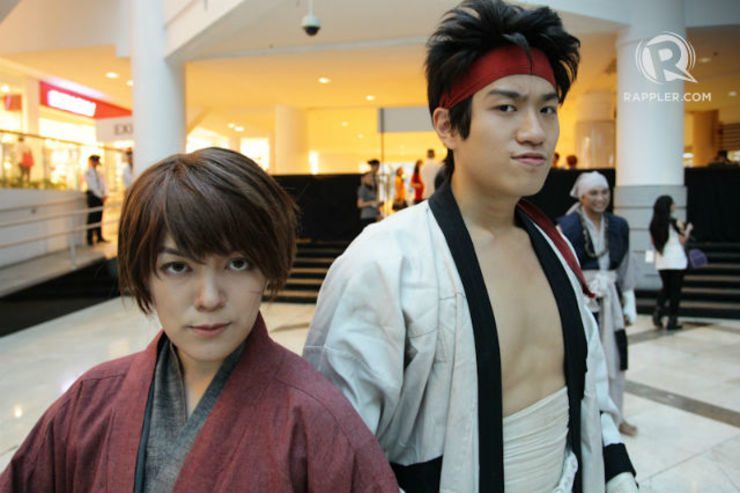 But this fragile peace is threatened once more when Kenshin must listen to the call of duty – this time to deal with the menacing Shishio Makoto, who’s been plotting frightening ways to terrorize Japan.

The Kyoto arc, which features the journey towards Shishio’s stronghold as well as the actual battle, will be split into two movies. The first, Rurouni Kenshin: Kyoto Inferno, will show in the Philippines on August 20, the second, Rurouni Kenshin: The Legend Ends, on September 24. – Rappler.com