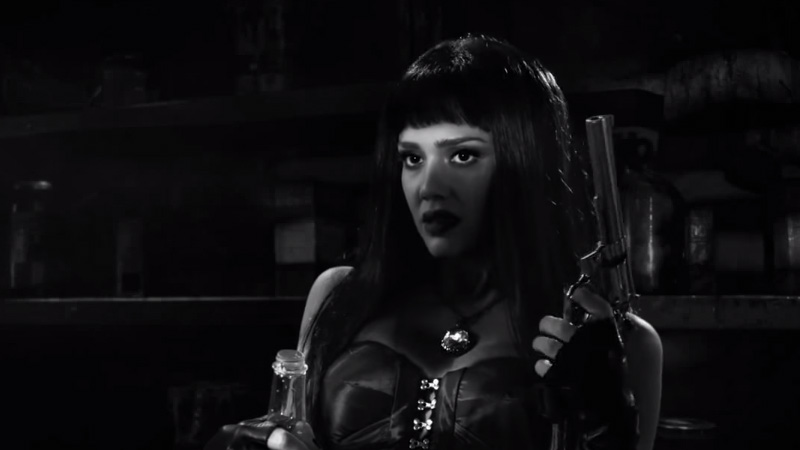 It’s another night back in Basin City, and the evening is as stylishly dreary as it’s ever been. Directors Robert Rodriguez and Frank Miller are back in the driver’s seat, and while there’s nothing like the thrill of a first time tour, it’s hard to live up to the novelty the second time around.

Sin City: A Dame to Kill For is still characterized by the familiar hyperstylized black and white of the original film. But while this standalone sequel stays true to the roots of its outstanding source material, it lacks both the fervor and the outright novelty of the first outing.

Like the original Sin City, A Dame to Kill For strings together a series of tangentially related stories set in Basin City, a fictional urban cesspool where crime is as common as shadow.

The film reintroduces us to Marv (Mickey Rourke), the same tower of muscle and scars from the original Sin City.

He’s given a short reintroduction, with Marv chasing down and murdering a group of frat boys in the slums of Basin City. The sequence is violent and intentionally gratuitous, but For Marv, it’s just another Saturday night. It sets the tone for the rest of A Dame to Kill For, and acts as a taste test for the mayhem about to ensue.

Despite the near 10-year gap between films, A Dame to Kill For doesn’t demand a refresher. A handful of scarred yet familiar faces are back, but Frank Miller’s scripts allow for the necessary round of exposition to fill in the inevitable whos and whats. But while it serves the purpose of explaining what’s going on, the often intrusive voice over also robs the film of any kind of nuance.

Basin City is still filled to the brim with battered souls, sultry vixens and a body count high enough to populate a small town. But while it’s a great place to visit, A Dame to Kill For proves that twice may be one trip too many. 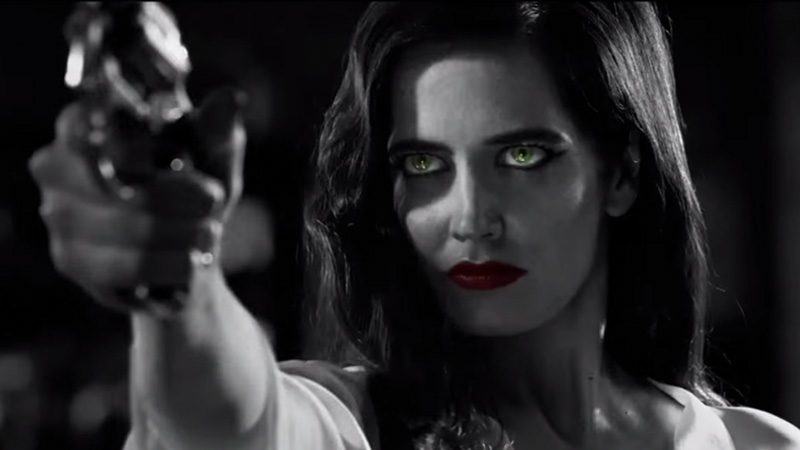 The stories of Basin City

Dwight (Josh Brolin) headlines the lengthiest of the film’s 3 main stories. He’s the same broken down private investigator from the original film, but in many ways, he’s literally different.

Formerly played by Clive Owen, Dwight is now brought to life by the square-jawed, no-nonsense Josh Brolin. He’s more than a match for the rest of Basin City, but when Dwight is reunited with his old flame Ava Lord (Eva Green), he’s immediately thrown into the deep end.

It’s a story of passion, betrayal and desperate redemption, in keeping with the noir-inspired tales of the original Sin City. It’s a theme that cuts straight through the film’s three stories, particularly with Johnny (Josh Gordon-Levitt), an unbelievably lucky gambler who takes on the corrupt Senator Roarke (Powers Booth) at a high stakes game of poker. Predictably, Johnny gets played a hand he can’t fold out of, and he’s forced to play by the Senator’s rules.

The story of Johnny is arguably the strongest of the three, with Joseph Gordon-Levitt playing a steel-willed underdog. It’s a sharp contrast from the story of Dwight and Ava, and definitely a notch above the film’s last tale headlined by Natasha (Jessica Alba).

As the typical stripper with the heart of gold, Natasha is determined to avenge the death of former police officer Detective Hartigan (Bruce Willis) by way of killing Senator Roarke.  But in a world where murder is as common as going to the grocery, Alba does a disappointing job of convincing the audience that her main conflict is pulling the trigger.

Despite Alba’s lackluster performance, A Dame to Kill For showcases a cast filled with as many stars as there are crooks in Basin City, and even a short cameo from Lady Gaga earns her some much needed respect for holding her own amidst the crowd of A-list talent.

But it’s Joseph Gordon-Levitt, Powers Boothe and Eva Green who are the real scene-stealers. Despite having completely different characters, they all turn the twisted city into their own maniacal tapestry, whether they survive it or not.

High on style, low on substance

A Dame to Kill For is graphic in its depiction of both nudity and violence, using an odd yet consistent balance of the comical and the gruesome. And though the local release brandishes more than a handful of cuts to the final material, A Dame to Kill still offers a lot of eye candy for those aching for the kind of stylish spectacle associated with the series. 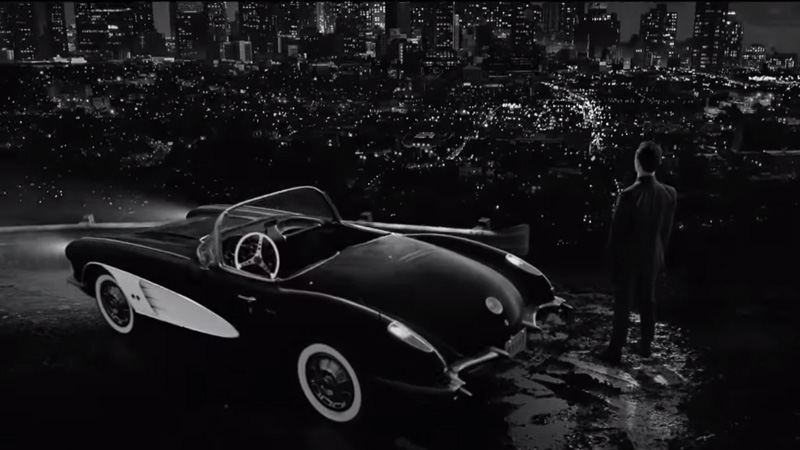 But despite its distinct visual style, A Dame to Kill For often drags its feet through its one hour 40-minute running time. The voice over, though cleverly written, drowns its most powerful lines with a carpet bombing of exposition, killing the film’s pace with interesting yet completely unnecessary side trips.

For a film so emphatically visual, there is an awkward dependence on its narration for momentum, which sometimes works, but often doesn’t.

And though the film is layered in a way to flow from one story to the next, there is a disruptive staccato to its cadence, with no real arc tying the 3 stories together.

A Dame to Kill For is marked by its own highs and lows. Unfortunately, there’s less of the former than the latter. Nearly 10 years later, the novelty has worn itself thin.

The stories don’t hold up as well, and the characters are stunted by the film’s lack of pace. It’s a sumptuous visual treat for those who are looking for another round back in Basin City, with an impressive cast that does its best to back it up.

But for all its worth, it still may not be enough to justify the return trip, even if it is just a trip down memory lane. – Rappler.com