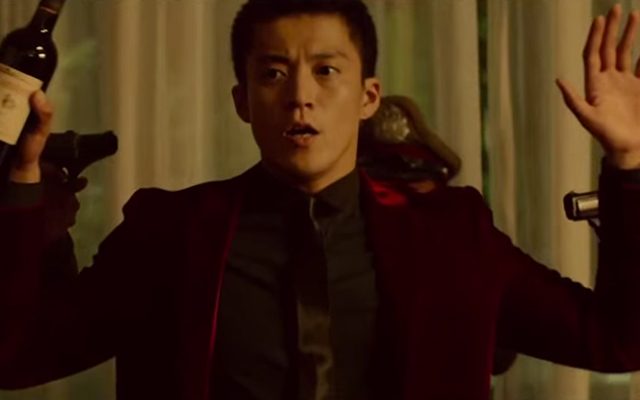 Facebook Twitter Copy URL
Copied
'While there’s some entertainment to be had in seeing Lupin and his colleagues brought to life, there’s little else going for it other than the expected morsel of nostalgia,' laments movie reviewer Zig Marasigan

Lupin may not be the world’s most recognizable manga character, but he’s easily one of the oldest. Despite his youthful sass, the original character is nearly 50 years old. And though Lupin has managed to stay impressively visible over the years, Lupin the Third is the long-awaited live-action adaptation of the so-called “gentleman thief.”

Based on the character by manga artist Kazuhiko Kato (known also as Monkey Punch), Lupin (Shun Oguri) is a half-French, half-Japanese thief who steals more for sport than profit. As part of a secret society of thieves known as The Works, Lupin, alongside the sharpshooting Jigen (Tetsuji Tamayama), the seductive Fujiko (Meisa Kuroki), the tech savvy Pierre (Kim Jun), and the scheming Michael (Jerry Yan), are tasked with stealing a priceless medallion.

But when Michael betrays The Works in an elaborate plan to steal one of the group’s most prized possessions, Lupin and his thieving colleagues take it upon themselves to make sure Michael pays for what he’s done.

It’s a film peppered with shifting allegiances, outright betrayals and elaborate heists. And while Lupin the Third could understandably be described as Japan’s own Ocean’s Eleven, the film is very much its own animal, most especially with the amount of crass banter and slapstick involved.

Lupin has never been one to take himself too seriously, and like its main character, Lupin the Third aims for the very same frivolity and candid eagerness of Lupin and his peers. But despite Director Ryuhei Kitamura’s best intentions, the films falls short of capturing the whimsy of its source material.

Lupin the Third is ultimately sabotaged by its own convoluted story, plodding through pages of elaborate explanation, and wasting time on too many twists and turns than necessary. And although the act of thievery does require a certain amount of deceit, the real betrayal here is that the film lacks a story worthy of the greatest thief in the world.

Wrestling with the script

For an action-comedy, Lupin the Third is painfully short on both. The action scenes feel more like chores than set pieces and the punchlines are often too awkward to be funny. The film hits all the familiar beats, from the familiar high-speed chase sequence to the climactic high-stakes heist.

But since Lupin the Third borrows heavily from other action movies, it all feels too familiar to be engaging.

But the comedy is the real misfire in Lupin the Third. Although Shun Oguri and the rest of cast wrestle with a successful punchline or two, most of the jokes feel more appropriate for a campy cartoon comedy than a live-action movie. That may feel appropriate for a character as loose and candid as Lupin, but because of the film’s uneven story, Director Ryuhei Kitamura’s efforts are spread too thin across a film that wants to do too much with too little.

And with close to half of the film’s dialogue in English, the non-English speaking actors just aren’t well suited to transition from Japanese to English without wrestling with the script. Often times, Lupin the Third aims for suave and sophisticated but it really ought to have been more silly and slapstick.

Lupin the Third tries desperately to capture the whimsy of its source material, but the film ultimately is shortchanged by its seemingly slapdash story. The film has been reportedly in development for more than four years, and it’s taken this long to come up with a story so disappointingly unpolished.

Lupin the Third tries to strike a balance between the suave and the silly. Unfortuantely, even the film’s brightest scenes are overshadowed by a story that’s far too excessive for it’s own good.  While there’s some entertainment to be had in seeing Lupin and his colleagues brought to life, there’s little else going for it other than the expected morsel of nostalgia.

In the end, Lupin the Third is a pacifying but sadly disappointing effort to adapt the charming thief for modern audiences. And while there’s still hope for a better film in the future, it seems that fans will have to settle for the anime and manga when it comes to more satisfying heists with the iconic thief. – Rappler.com