‘Fury’ Review: In a film, history worth repeating It is 1945 and Allied troops are making their final push towards Berlin. The Second World War is near its end, but every inch to victory is paved in blood and mud.

At the frontlines is Sgt. Don “Wardaddy” Collier (Brad Pitt), commander of the Sherman tank, “Fury.” His crew, composed of driver Trini “Gordo” Garcia (Michael Peña), gunner Boyd “Bible” Swan (Shia LaBeouf), and Grady “Coon-Ass” Travis (Jon Bernthal), are all experienced hands. But when their assistant driver is killed in a German ambush, they find an unlikely, and rather unwilling, replacement in the young Norman Ellison (Logan Lerman).

Written and directed by David Ayer, Fury yet another gritty examination of camaraderie and duty. His previous work on the academy award winning Training Day and the largely underrated End of Watch has earned him a reputation as a capable storyteller of police dramas.

But this time, Ayer is moving out of the crime-riddled streets of America and moving his set into the claustrophobic confines of an allied war tank. 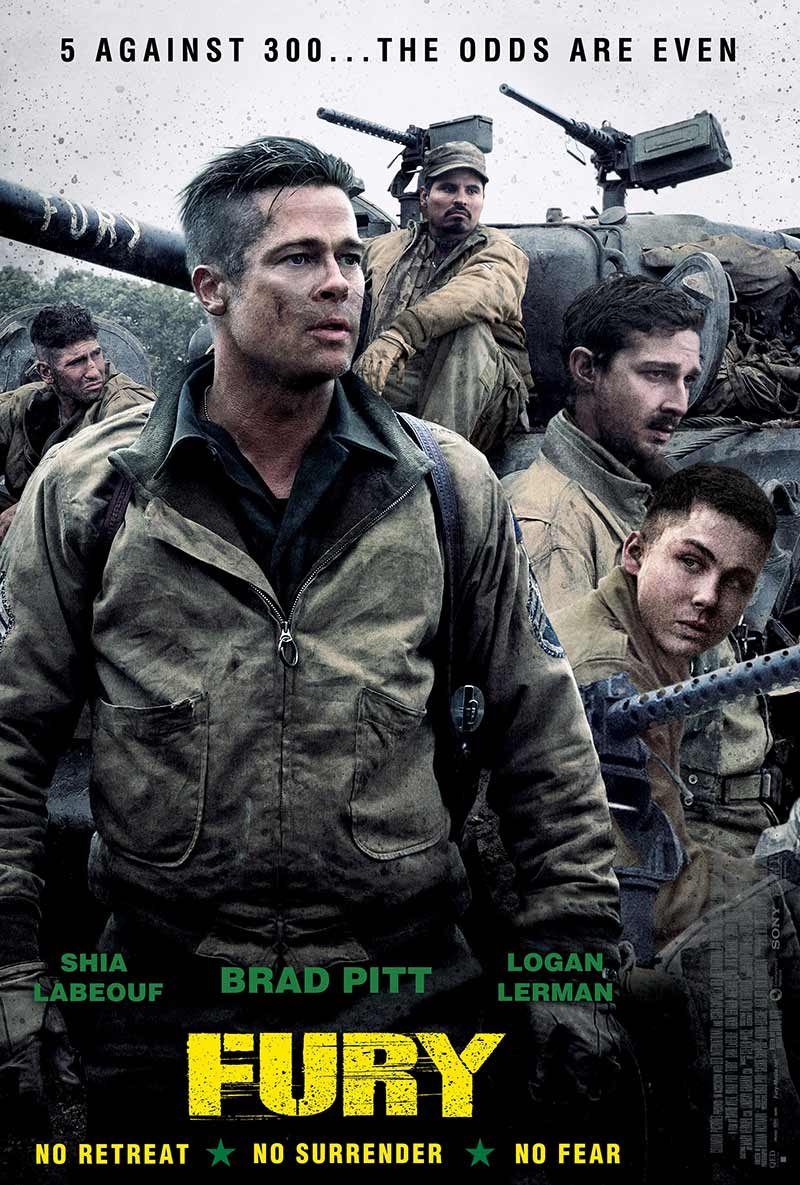 Fury is an ambitious, although largely inconsistent beast. Like the tank and its namesake, the film lumbers forward with the grace of a cement truck. It is slow, but at the same time monstrous. It is punctuated by sudden bursts of ferocity but also blanketed by near deafening amounts of silence. And though it fails to say something we haven’t heard before, it does remind us that there some things are worth hearing again.

At first glance, Collier’s tank team is as clichéd as any war film allows. Lerman plays the scared neophyte, LaBeouf the god-fearing bible-believer, and Pitt is their headstrong but fragile leader. But upon closer inspection, the crew turns out to be far more than just the stereotypes they are drawn from.

The veterans are bound together by a tense camaraderie. Like any dysfunctional family, they are together not out of choice, but out of circumstance. “That’s home,” Sergeant Collier says of the tank to the newly indoctrinated Norman Ellison. The sergeant’s words are a threat, but also a truth. And as Norman slowly finds his place among the rest of the Fury crew, he settles into a role that is more brother than soldier.

“The best job I’ve ever had,” the crew tell themselves with a heavy tinge of sarcasm. It’s a war cry and a punchline. But it’s also a sobering reminder that this is the only job they have.

The fragility of metal

For a war film, combat is surprisingly scarce. There’s only one legitimate tank battle throughout the entire film. And though the scene is a thrilling sequence of metal and firepower, it’s a hard sell for audiences hungry for more of the same. But for the few battle scenes that are in the film, it’s an odd mix of brutal and melodramatic.

But true to its genre, Fury’s most poignant moments aren’t on the battlefield. When Allied forces liberate a small German town, Norman accompanies Sgt. Collier to clear a nearby apartment building. There, they strike an initially awkward friendship with two German women, locals who have been spared from the atrocities of war. And for a few fleeting but surreal minutes, the world is at it should be. Sgt. Collier is enjoying breakfast alongside his newly adopted German family. They are worlds away from the front line, and the scars on the tank commander’s back are nothing more than remnants from a long-faded nightmare. But when his crew interrupts their pleasantries, even Sgt. Collier is unable escape the fact that they are no longer the well-mannered civilians they once were. They are soldiers. They are murderers.

When the young Norman refuses to kill a German prisoner, Sgt. Collier confronts him.  “We’re not here for right and wrong,” he yells, pointing to the now weeping German soldier. “We’re here to kill them.” 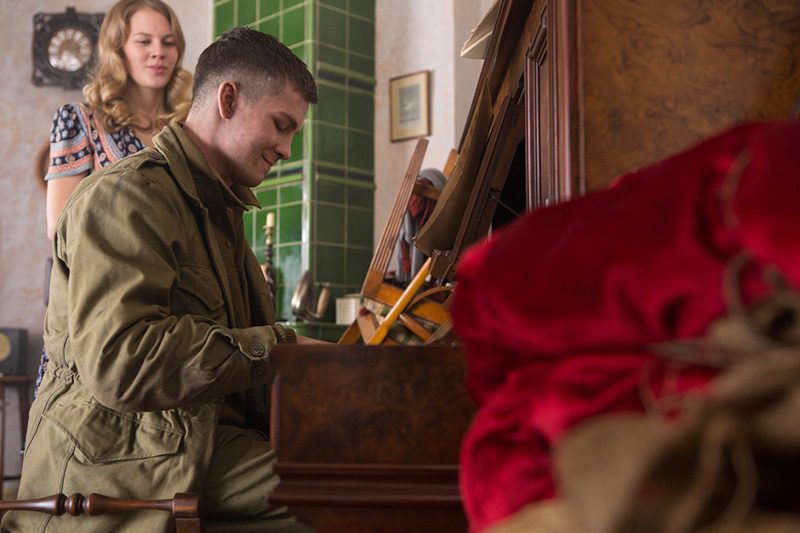 Fury is a strong film overall, but it’s weighed down by an inescapable level of familiarity. The film takes painstaking measures to remind us that war is cruel, brutal and despicable. But this is a mantra we’ve heard countless times before, echoing in nearly every war and anti-war film ever since the turn of the 1950s. Even with the film’s rich characters and thrilling action sequences, Fury struggles to say something new.

But maybe the point isn’t in saying something new. Maybe being reminded is enough. War films are, on their most basic level, reenactments of history, even when they are from fiction and embellished by bombastic scores. That’s because war films are steeped in something far deeper than a storyteller’s imagination. They are expressions of historical experience: of conflict, triumph, and tragedy. And though Fury beats heavily on its patriotic drum, a bit too strong and a bit too hard at times, it’s a solemn reminder that these wars, and these soldiers, shouldn’t be forgotten.

“The best job I’ve ever had,”say the crew from Fury. But in all honesty, it was simply a job that needed to be done. – Rappler.com