‘Exodus: Gods and Kings’ Review: More of the same 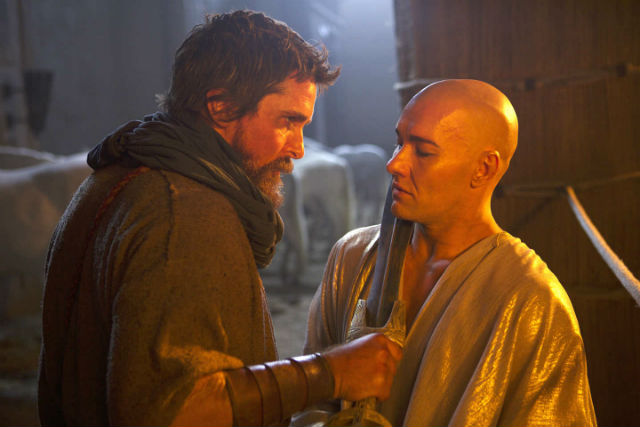 With the arrival of Pope Francis next year, religious communities are working hard to prepare for the coming of, arguably, one of the most charismatic Catholic figures since Pope John Paul II.

Pope Francis’ message of religious and cultural tolerance hasn’t always coincided with traditional teachings of the Catholic Church, but it has presented an opportunity for both Catholics and non-Catholics to experience religion in a new light.

On the other hand, the biblical epic Exodus: Gods and Kings seems determined to do the exact opposite. Directed by Academy Award winning filmmaker Ridley Scott, Exodus is a Hollywood scale retelling of the biblical story of Moses. As a well-respected general in the Egyptian army, Moses (Christian Bale) is fiercely loyal to the kingdom’s heir, Ramses (Joel Edgerton).

It is this brotherly bond between Moses and Ramses that acts as the foundation for the rest of the film. But when Moses discovers that he is a Hebrew slave by blood, he takes it upon himself to liberate the Hebrew people through the help of none other than God Himself.

It’s a familiar story that’s been done more than a couple of times before both on film and on television. But what’s particularly unsettling about Exodus isn’t that the film is imprecise, but rather, because its depiction of ‘god’ is surprisingly outdated. 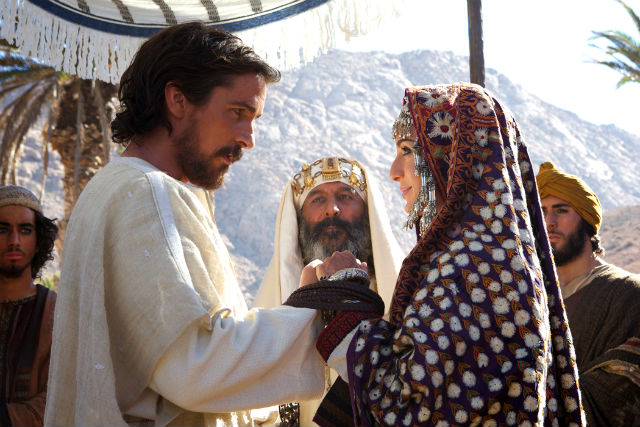 Exodus is a very literal representation of the Old Testament text. God is depicted as a spoiled, cruel, and unforgiving child who prefers widespread acts of genocide over compassionate discourse. Literally, he’s depicted as a small boy in the film.

Outside a single act of extortion on the part of Moses, there is no real dialogue between the Egyptian and Hebrew people. And when Moses declares a full-scale guerilla war on Egypt, this particular god in the film only steps in to punish both sides with the ten plagues.

Though Moses exhibits the occasional act of rebellion against ‘God’, he never rebels hard enough for us to gain any real insight on his faith and beliefs. Christian Bale struggles to give dimension to his iconic character, but he accomplishes very little within a story that doesn’t seem at all interested on tackling its larger themes on faith and identity.

But what makes Exodus especially difficult to appreciate is that it tries to pass its story off as historically grounded. It tries to explain away the plagues through science while name dropping specific dates and locations to give the story a sense of history and geography. But when its characters being so disappointingly unconvincing, Exodus doesn’t fool anyone but itself.

Even on the level of popcorn entertainment, Exodus fails to live up to expectations. This is a story we’ve all heard before. Sunday school lectures, church sermons, and religion classes have all made the story of Moses familiar. And since Exodus doesn’t steer very far away from what’s been repeated for thousands of years, the film feels like nothing more than a big-budget regurgitation of earlier Exodus depictions in Prince of Egypt and Ten Commandments. 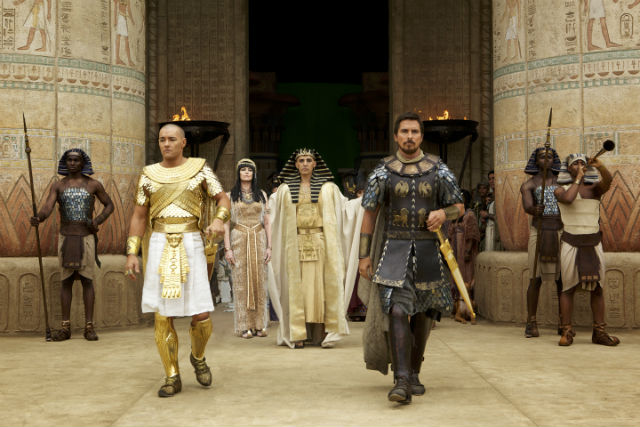 The film feels more like a biblical checklist than a modern epic. Predictable scenes are ticked away one after the other, from the rivalry between Ramses and Moses all the way to the eventual parting of the Red Sea. While a lot of these scenes are designed to instill awe, very few of them actually succeed.

Exodus tries to make up for lack of originality with spectacle. The plagues are depicted in frightening, and sometimes, gruesome scale. But without any substantial reason to root for either the Hebrews or Egyptians, no level of violence becomes particularly distressing. Like Ramses himself, Exodus suffers from a misplaced sense of self-importance, beating hard on its chest and yelling at the sky. But by valuing size instead of substance, the film forgets that what matters most is its people.

A call for tolerance

It would be easy to dismiss Exodus as another Hollywood cash-in. But to turn a blind eye on the relevance and influence of Moses’ story is not only callous, but borderline unethical. Some of the worst atrocities in the last decade have been committed in the name of an anachronistic and dangerously fundamental understanding of the Bible.

Regardless of your stand on the Bible, religious and cultural tolerance is as important now as it has ever been. And this has been the message of Pope Francis. It’s almost ironic, then, that the leader of a 2,000 year old religion is more progressive than a big-budget film that was released this year.

Hollywood is, as its core, a business. But it is a business whose socio-cultural influence spans the entire globe. While Exodus is hardly as controversial as this review makes it sound, it is disappointing to see a filmmaker as revered as Ridley Scott, alongside actors as celebrated as Christian Bale, fail to take the chance at making a story mean more than just those words in the script. Exodus may be a modern retelling of the well-known story, but it is as outdated as the era it revisits.  – Rappler.com