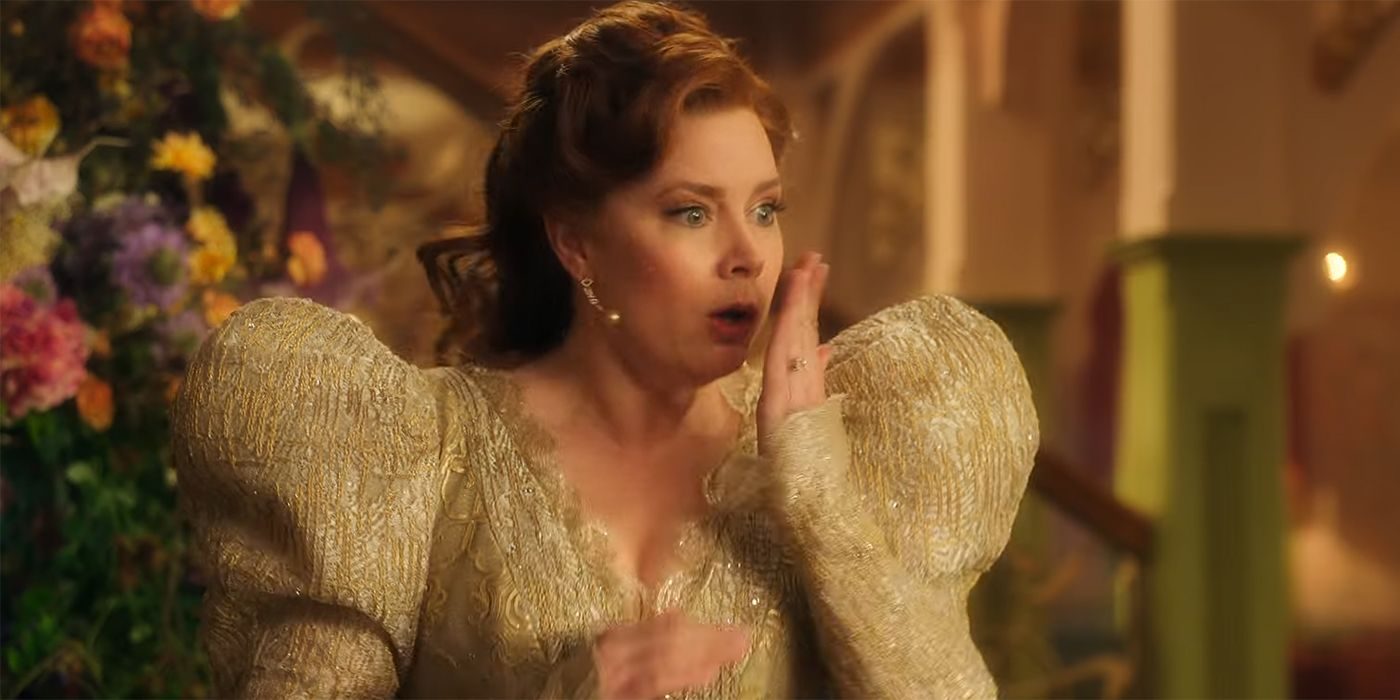 AMY ADAMS. The actress reprises her role as princess Giselle in 'Disenchanted.'

Facebook Twitter Copy URL
Copied
'Disney is still inclined to pedal the post-war ideals of father-provider and mother-nurturer, even while embracing a more modern blended family'

Mothers in fairy tales have a way of being absent, typically through untimely deaths (think Cinderella, Snow White, or Beauty and the Beast) or thanks to storylines that position them as background characters. Disney’s Disenchanted turns this on its head. Here, at last, we have a fairy tale where mum takes center stage, as well as left and right, as Good Mother, Wicked Stepmother, and the ever-entertaining and power-hungry Queen Mother.

Usually, fairy tales end when the princess gets her guy, as it did in the first film, Enchanted. But this sequel shows what happens next, following the lead character Giselle who is blissfully married to her true love Robert. She’s raising their new baby Sofia and her now teenage stepdaughter Morgan. But happiness is not quite all it promised to be. Teenagers are hard work and so are babies – something needs to change.

Luckily, they manage to escape to suburban Monroeville. But as it becomes clear the move wasn’t enough, and in a wish gone wrong, Giselle turns Monroeville into a disastrous magic land where everyone in town is restricted by the script laid out in fairy tales.

Many parents will see themselves and their everyday battles mirrored in Disenchanted. Somewhat frustratingly, however, age-old expectations persist, as Disney is still inclined to pedal the post-war ideals of father-provider and mother-nurturer, even while embracing a more modern blended family.

What makes a ‘real’ mother?

At the heart of Disenchanted is the tension between mother and stepchild. The teenage angst is directed at Giselle, who Morgan blames for ruining her life. Her father, however, gets none of the flack and dismisses Giselle’s worries before making himself scarce. Giselle swiftly starts to be referred to as stepmother, instead of mother.

This is a big deal in fairy tales, as mothers play very specific roles.

Biological mothers who are still alive are rare. These women are made out to be the very model of goodness. Their main goal in life is to become a mother – a womanly desire Disney and fairy tales applaud even though it too often ends in horrible ways (Snow White). They serve to place their child on the right path (quite literally in Little Red Riding Hood), to qualify their goodness and to make us believe that because the protagonist had a good mother, everything will be alright.

Evil stepmothers on the other hand bring excitement, peril, and adventure. These women are biological mothers or mothers by marriage but their main goal is often to be more and to have more. Their ambition tends to divert protagonists off their paths and get them into trouble. Sometimes the protagonists “find themselves” as a result of dealing with stepmotherly ambition. Thanks to the evil Queen, Snow White finds solace, usefulness, and friendship with the seven dwarfs, which leads her to her prince.

Can power and motherhood co-exist?

The self-interested version of a stepmother-cum-witch allows readers and audiences to explore her badness while remaining secure in the knowledge that “real” mothers are safe and to be trusted.

Disenchanted attempts to flip the script on this. Giselle is both a “real” mother and a stepmother. So when Monroeville transforms into a magic land and the laws of fairy tales come into play, it’s not so clear-cut which way this mother will go.

A battle between good and evil plays out as the two sides, real mother and stepmother, tussle for control over Giselle.

Giselle flits from Cinderella’s stepmother to Rapunzel’s captor (whom she also called mother) as she grows increasingly wicked and more power hungry. But is ambition really the worst crime a mother can commit? Disenchanted seems to think so.

When we are introduced to Giselle she is pitched as the perfect woman. Dressed like a perfect ’50s housewife in pretty floral and full skirts, she is the queen of her domestic sphere. We see her cook and clean and care for her family. She is happy playing the role of stay at home wife. Donning a suit, Robert is her ’50s male counterpart. A successful lawyer, he is mostly away at work in his role as protector and provider.

Giselle becomes less than perfect when ambition gets in her way. Robert, however, remains perfect and just as missing in the action as before.

Fathers in fairy tales are often absent, such as in Cinderella where he is away on business and then dies. Where fairy tale fathers differ most from mothers is their apparent absent dependability. Fathers can be busy elsewhere but their love remains unquestioned. Mothers, on the other hand, are expected to be present and active and therefore more fallible and open to criticism.

The patriarchy may prefer their mothers amenable and generous, but modern fairy tales could permit us to explore the other side. A Re-Enchanted next, perhaps, where power and motherhood co-exist?

Where the film does challenge fairy tale tropes is in the question of the strength of a mother’s love, particularly for those she has not birthed herself. Ultimately Disenchanted is a tale of the love between stepparents and stepchildren and the importance of celebrating that unique connection. It is in the “real” world where this love can thrive, making it clear that fairy tales aren’t always what they are cracked up to be and the real magic can be found in family. – The Conversation|Rappler.com

Vanessa Marr is a Principal Lecturer in the School of Art and Media, University of Brighton.