Dismantling the documentary at Sundance 2022 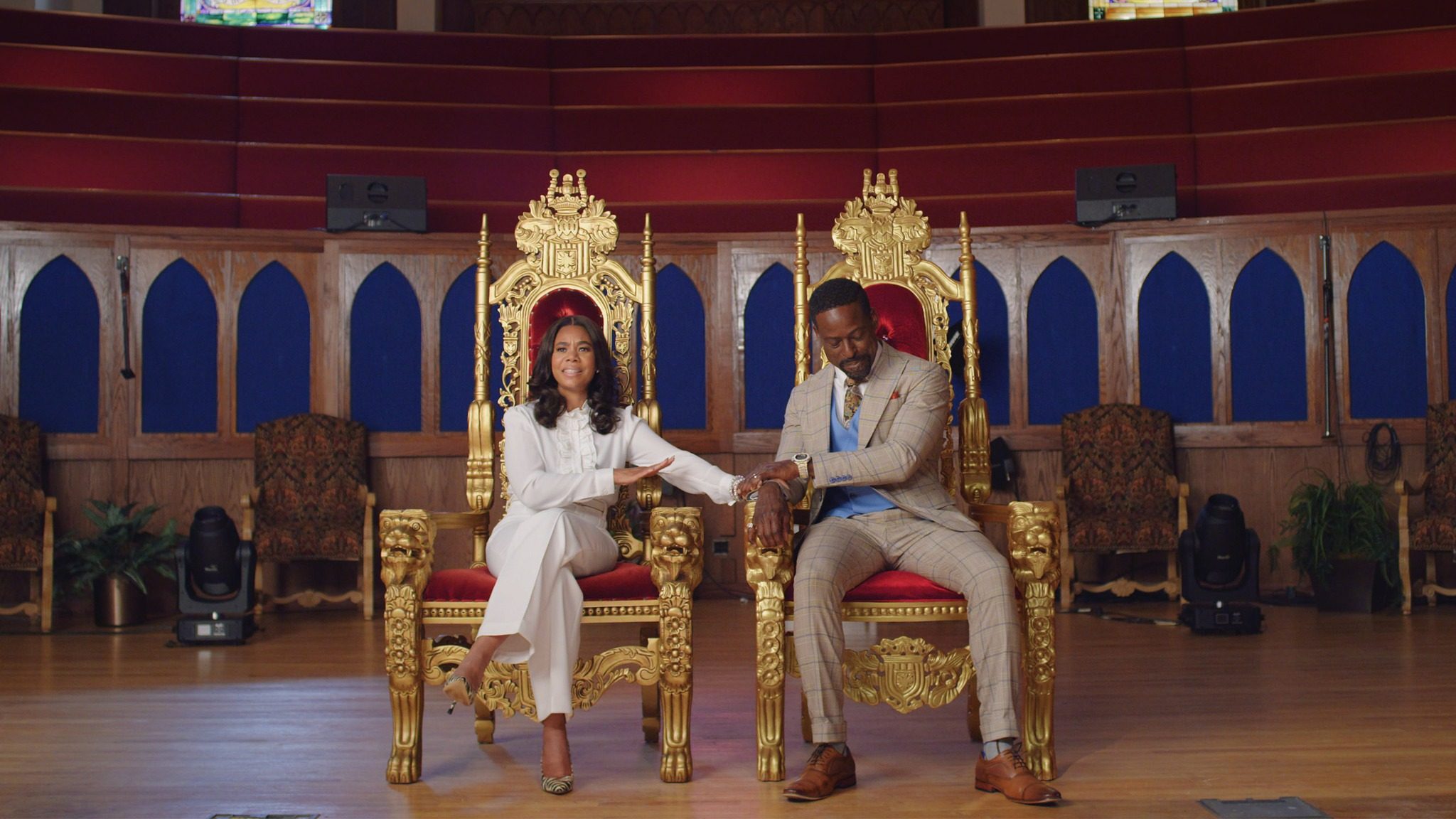 AT SUNDANCE. Regina Hall and Sterling K. Brown star in 'Honk for Jesus. Save your Soul.,' one of the films at the 2022 Sundance Film Festival.

Facebook Twitter Copy URL
Copied
At Sundance 2022, three films interrogate the process of documentary filmmaking and the power structures that are reasserted and queered in the making of them

DAGUPAN CITY, Pangasinan – Documentaries have been a powerful ally in truth-telling. Time and time again, they have reflected unseen struggles in the present, unearthed forgotten pasts, and prophesied dangerous futures. Recent films such as Jessica Beshir’s Faya Dayi, Robert Greene’s Procession, and Jonas Poher Rasmussen’s Flee are only the tip of the iceberg of material that has brought to light stories from underrepresented communities, exposed hierarchies of oppression, and challenged social orders.

But to assert that documentaries hold only objective truths is to misunderstand them completely. These assemblies of images and sounds are only a reconstruction of reality, not reality itself, and as with all art forms, documentaries also have their limits and misgivings. They can obscure the truths, function as propaganda, and even disservice their subjects with their treatment and form, and these restrictions emphasize not only the politics and perspectives of the subjects in front of the camera but also those behind it.

At the 2022 Sundance Film Festival, three films – Ben Klein and Violet Columbus’ The Exiles, Justin Benson and Aaron Moorhead’s Something in the Dirt, and Adamma Ebo’s Honk for Jesus. Save Your Soul. – interrogate the process of documentary filmmaking and the power structures that are reasserted and queered in the making of them.

Preserving personal and political histories in ‘The Exiles‘ 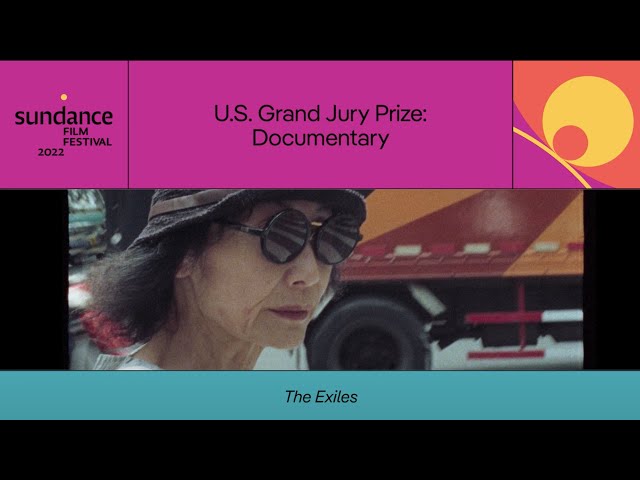 There are many aspects of the 1989 Tiananmen Square massacre that will undoubtedly resonate with the Philippines, especially when juxtaposed against the country’s own history with the Marcos regime: the fight for democracy, the subsequent disappearances and state-sponsored violence, the historical revisionism embedded in basic education, the rise of political deniers and cronies, and the systematic effort to maintain the corrupt status quo.

Combining archival footage, stop-motion animation, and plenty of interview segments, Ben Klein and Violet Columbus’ The Exiles follows the irreverent and charismatic documentarian and Oscar nominee Christine Choy (Who Killed Vincent Chin?) as she tracks down the subjects of her discontinued film: three dissidents who were politically exiled from China after leading the post-massacre movement.

The three decades away from home have shaped their identity, and the most poignant moments in the film are when The Exiles holds space for its subjects, reflecting on the footage of their pasts, highlighting both their naivete in youth and the bravery of their adult commitment to the cause: former student leader Wu’er Kaixi now lives as a political commentator in Taiwan and professes guilt over what his parents had to endure in China; political scientist Yan Jiaqi lives in Maryland amid hundreds of diary entries and books, still believing in the movement despite regretting choosing it over his child; former CEO of a tech firm Wan Runnan tends to his fowl and fauna in a garden in Paris.

Documentaries address these cultural and historical blindspots by serving, in the words of Choy, as a “true recording of history while history was unfolding.” In one of the film’s most powerful moments, Kaixi addresses the US Congress, declaring America’s complicity in China’s rise as an economic power and in the erasure of these human rights violations. But these poignant moments are sparse, and even their joyous reunion is sidelined, focusing instead on Choy who admits that she abandoned the project not only due to financial reasons but also due to an inherent lack of connection with what she was filming.

While the reasons for revisiting the footage are vague and the scattered plot becomes difficult to piece together, this honesty reasserts the role of the documentarian as a visual communicator, able to bypass the limits of literacy that prevent journalism from being accessible. With the rise of autocratic dictators around the world, the price of standing behind truth and justice is high, but there are those who are willing to pay. By the end of The Exiles, Choy’s participation shows that she is now one of those people, even if it means becoming an exile herself.

Creating community and chaos in ‘Something in the Dirt’ 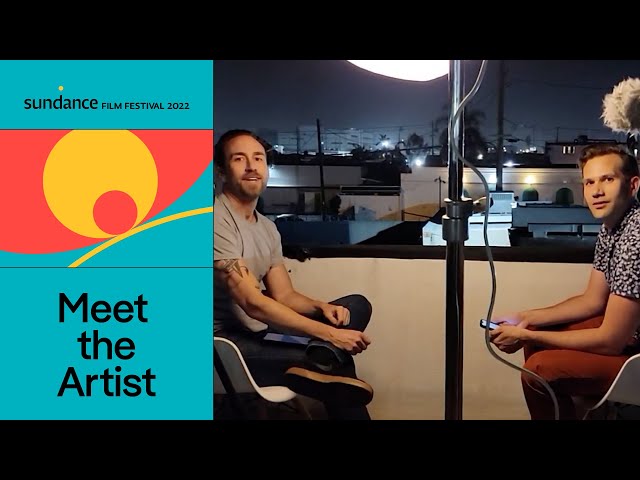 Imbuing dramatic narratives with sci-fi and Lovecraftian elements, Justin Benson and Aaron Moorhead have created some of the most innovative and unclassifiable independent movies in recent years. Their most recent work, Something in the Dirt, finds them revisiting the DIY filmmaking that has produced the likes of Resolution and The Endless. But Something in the Dirt is a formal and thematic departure into darker territories, resulting in their most ambitious work in the smallest scale yet.

After a series of supernatural events involving a crystal ashtray and a closet that refuses to close, two strangers Levi Danube (Benson) and John Daniels (Moorhead) decide to create a documentary as proof of their experiences. While it begins as an attempt to prove and profit off of what they witnessed, it transforms into a character study of the amateur documentarians. Benson and Moorhead deliver their best performances yet as their friendship and skepticism reach its climax, especially as inconsistencies in each character’s backstory surfaces – with Levi having a string of criminal records that perpetually keep him wanting out of Los Angeles, and John profiting off his ex-husband and spending his time and resources in an apocalypse-believing church.

Something in the Dirt manages to obscure the boundaries between science fiction and reality, paranoia, and genuine fear, truth, and misinformation to create both incredibly comedic commentaries (e.g. subpar reshoots and arguing over film titles) and genuinely haunting moments (e.g. eerie radio recordings and mutated plant fruits). The editing mixes footage of the duo with childhood photographs, excerpts from the dark web, reenactments of the paranormal occurrences, and interviews from pseudoexperts and post-production team members. When it reveals itself to be constructed as an elaborate and endless Matryoshka doll, it accentuates how documentaries can only approximate even our most absurd and most intimate experiences.

When it seems that the film delves into increasingly tangential territory overloaded with conspiracy theories straight out of QAnon, what emerges as the true subject are the voids the duo attempts to fill in clinging onto each other and the artistic process. In witnessing the familiar struggle to find purpose and place, Something in the Dirt accentuates the humanity of both Levi and John, even as their beliefs and actions are continuously questionable.

Questioning performance and truth in ‘Honk for Jesus. Save Your Soul.’ 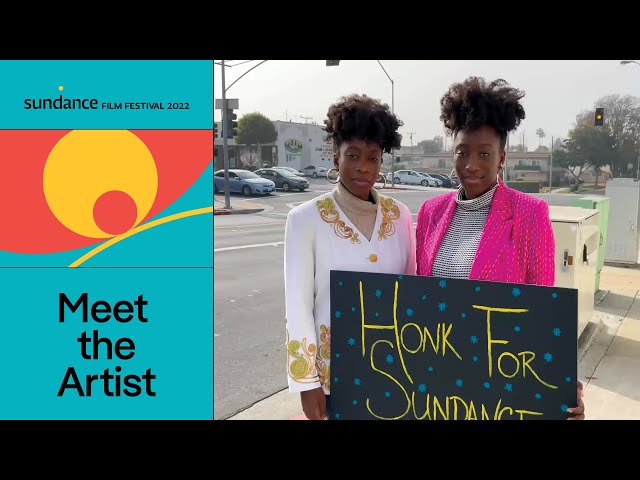 Adamma Ebo’s Honk For Jesus. Save Your Soul. finds her expanding the world she created in her entertaining and surprisingly emotional short film of the same name. Former heads of a prominent Southern Baptist megachurch, Trinitie Childs (Regina Hall) and Lee-Curtis Childs (Sterling K. Brown) attempt to bounce back after a scandal that rocked their congregation: one which forced them into legal settlements and several personal crises. In the hopes of rehabilitating their reputation, they agree to be filmed by an award-winning documentary team as they prepare to relaunch their services on Easter Sunday.

Unlike the short film, the feature does not only focus on the couple’s attempt at a redemption arc but, instead, zooms out to peer into the lives of those affected by the controversy: from anonymous callers on radios debating on whether the allegations against Lee-Curtis are true to the founders of Heaven’s House (Nicole Beharie and Conphidance), a new congregation who have benefitted from the fall of the Childs. Many of these tethers are ultimately unnecessary, but the portrait of the community provides the Childs’ an external force through which they seek to simultaneously be validated and freed from. Hall carries the film as she reels in every doubtful look with a smile, later cracking under the mounting pressure of unconditionally supporting her spouse in a monologue for the ages.

The power of the mockumentary lies in its ability to satirize situations and exaggerate cliches until they become clear commentaries on performance when under observation. But the narrative and formal structures of Honk For Jesus. Save Your Soul. often betray its goals. By revealing its cracks too early and presenting judgments of the characters before we are fully introduced to them, the feature doesn’t leave enough room for the Childs’ to be likable. In doing so, it fails to mimic the betrayal of trust that the congregation itself experiences – one that it did so perfectly in the short film. And though the switches in aspect ratios are meant to reflect the differences between the real and performed lives of the Childs’, these often derail the narrative buildup and continuously lower the stakes.

Despite the problems, underneath the comedy, Honk for Jesus. Save Your Soul. posits many invaluable questions concerning Black Southern Baptist culture and religion as a whole: How does one atone for one’s sins? What sins can be forgiven? Are there limits to marriage? What separates true faith from blind idolatry? And, most importantly, how do you make the truth convincing? Until the very end, Lee-Curtis and Trinitie wrestle with these questions, often left to wait for answers that will likely never come. – Rappler.com