Facebook Twitter Copy URL
Copied
'Dune is different.... It doesn’t attempt to use violence to entertain in the same way that a Marvel or DC film would. The most exhilarating moments lie in its most intimate scenes.'

The easiest way to write about Dune is to compare it to its source material.

Unfortunately, I do not have that luxury. Before I watched Denis Villeneuve’s Dune, I had no idea what it was about. I had no knowledge or attachment to Frank Herbert’s novel and only had inklings of its legacy as a cursed project: with the likes of Alejandro Jodorowsky and David Lynch struggling to translate the complex piece into a coherent, condensed narrative.

I was, however, aware of how much was riding on the success of this Dune. Apart from artistic reasons, there were expectations from movie theaters in desperate need of money, production companies on the verge of financial collapse, and most of all, audiences who were endangering themselves by watching films on the big screen. The price of moviegoing was higher than ever. If you took the risk, it had to be worth it.

So what is Dune about?

Dune follows Paul (Timothée Chalamet), the scion of the noble House Atreides — a house forced to abandon the oceanic planet Caladan by the Emperor’s decree. Instead, they are to serve as fief rulers of Arrakis, a desert planet known for being the only source of “spice” — a psychedelic drug that not only extends life but doubles as the substance necessary for interstellar travel. Given the value of “spice,” conflict arises between many characters — the seemingly-superhuman sisterhood called the Bene Gesserit, the Bedouin-like natives of Arrakis called the Fremen, the rival House Harkonnen, and even giant sandworms. Throughout this chaos, Paul serves as an unlikely center as he begins to have visions of the future — the makings of a holy war.

[Only IN Hollywood] Cast, director dish on ‘Dune’ and that other epic, Chalamet’s hair It’s a lot. So much so that dedicated Twitter accounts have taken on the task of explaining Dune to newer audiences (see @DuneScholar). Given the amount of world-building necessary to establish these interwoven plots and bevy of characters, it is easy to see how the story could have been served better if it were created for television. The episodic nature of the medium can give more time to communicate many of the source material’s nuances — allowing for deeper explorations of its themes of ecology, imperialism, race, religion, everything really — without sacrificing the pace or overloading viewers with information.

But before the first scene begins, you understand why this begs to be theatrically-viewed. Hans Zimmer merges an electronic score with pulsating percussion and ceremonial chorale to shape the narrative in the same way wind carves sand dunes, even at times overwhelming moments of genuine human connection. The visuals constructed by Villeneuve — through the combined efforts of cinematographer Greg Fraser, production designer Patrice Vermette, and visual effects supervisor Paul Lambert — create a landscape where artifice and nature are inseparable, an intergalactic chess set wherein the characters are merely pawns of a larger, more dangerous game. The scale in which the film is made makes its ambitions immediately felt, bypassing any screen size or audio quality.

It helps that Villeneuve has assembled some of the most reliable A-list actors in the world. Though thirst for Timothee Chalamet and Oscar Isaac dominate the online discussions, it is the women in the film that emerge as its driving force: Rebecca Ferguson instills Lady Jessica with a quiet strength even as she is on the verge of tears, Sharon Duncan-Brewster is a thumping force as Dr. Liet-Kynes, and Charlotte Rampling embodies Gaius Helen Mohiam with such authority and power that she transcends her costuming. Even Paul’s visions of Chani (Zendaya) are sufficient enough to drive him to the desert in search of her and the answers she might hold.

As a person unfamiliar with the narrative, I am thankful that Denis Villeneuve goes with the intelligent (yet critically controversial) solution of splitting the narrative into two films, opting to create a well-paced first half of an epic instead. Though there are short bursts of exposition, especially at the beginning, Dune doesn’t hold your hand throughout the film — Villeneuve confident in the clarity of the work and the intelligence of the audience willing to witness it. 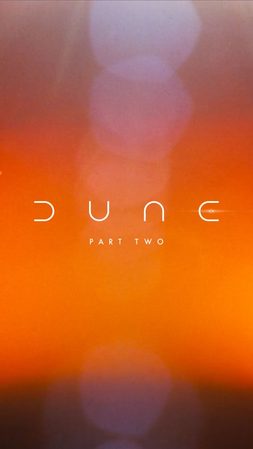 Part of why it’s so easy to watch yet so difficult to evaluate Dune is in its strange familiarity, rooted in how the source material has molded all the science fiction after it. Published in 1965, Frank Herbert’s novel is a titan from which many others were birthed: with Star Wars and Star Trek being its direct descendants, and Alien, The Matrix, and even Mad Max being Dune-adjacent, inspired by those who’ve worked on or attempted to bring Herbert’s imagination to life.

How do you begin to assess the original when you were first acquainted with its replicas?

It’s a difficult task (one that I still wrestle with) that reveals aspects about what kinds of stories we are exposed to. We have been culturally conditioned by media conglomerates such as Marvel to expect a certain formula or to tick off certain boxes while watching blockbusters: humor during serious moments, a fist-pumping battle, and even branding specific to each character. These have been engrained subconsciously in our minds (yes, I am included). So much so that when I finished watching Dune with one of my best friends, we both instinctively checked if there were end credits. At times, we try to fit other movies into these formulas without acknowledging that these stories cannot be contained by those same frameworks.

As cliche as it sounds, Dune is different. While at times the brutality is treated beautifully, especially when the film gives into its big-budget imperatives, it doesn’t attempt to use violence to entertain in the same way that a Marvel or DC film would. The most exhilarating moments lie in its most intimate scenes: from the threat of death via the Gom Jabbar, to the hand-to-hand combat that defines this gunless world, to the first interaction with the giant sandworm Shai Hulud. Dune is an unapologetically subdued and sobering sci-fi spectacle — closer to The Lord of the Rings or 2001: A Space Odyssey than to any Marvel film — that unfurls before your eyes slowly, introducing its world first while quietly planting seeds and symbols, fully aware that these will bloom at the right time.

Still, much criticism has befallen the film, especially with how it appropriates Islamic and Arabic influences and the significant lack of Middle Eastern or North African (MENA) actors in the film. Dune has, in the past, been criticized for perpetuating a “white savior” narrative; one that is co-opted by fascists and white nationalists. Though Paul has the makings of a typical white savior, these assumptions, like his visions, are promises of a future that need not come true, willpower superseding the call of destiny.

Villeneuve has, in the past, been sensitive and attentive to the politics from which he draws his work, without sacrificing artistic sensibilities. With the current debate raging on, the sequel (which will start filming in July 2022) still holds the identity of its central character like a cat in Schroedinger’s box. Only time will tell if Villeneuve chooses to birth an abomination or a messiah. – Rappler.com