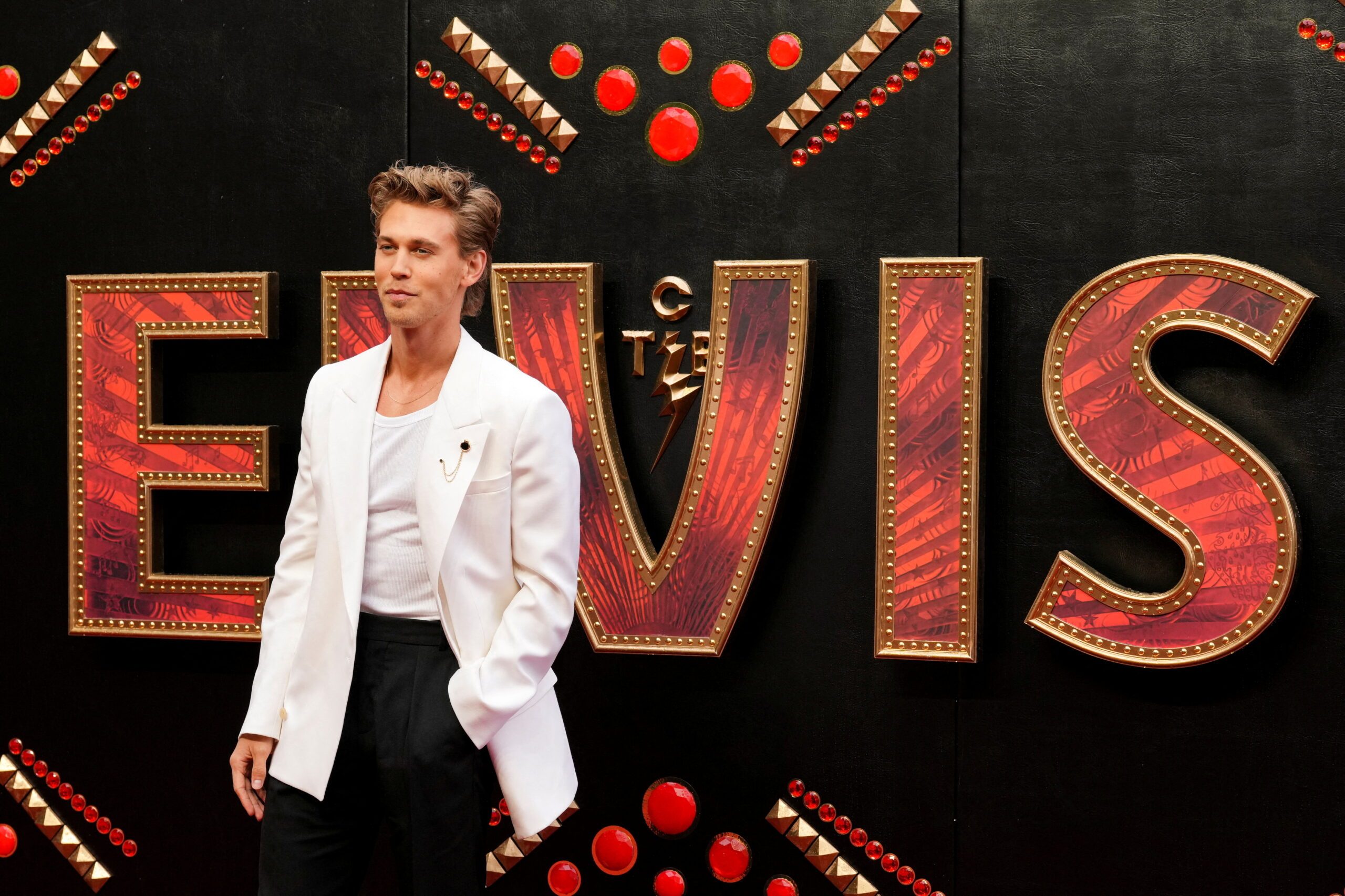 Cast member Austin Butler poses as he arrives at the London screening of 'Elvis' in London, Britain May 31, 2022.

Facebook Twitter Copy URL
Copied
Butler on portraying the rock icon: 'I felt so much responsibility and what comes with that is an incredible amount of terror'

LOS ANGELES, USA – Although critics seem to either love or hate film director Baz Luhrmann’s biopic Elvis, they all agree on one thing: Austin Butler excels in his portrayal of the ‘King of Rock ‘n’ Roll.’

Having started his career playing background characters in Hollywood productions, Butler went on to get parts in teen shows Hannah Montana, iCarly, and Switched at Birth, before landing a small part in Once Upon a Time in Hollywood.

Now, he’s breaking out the hip-swiveling moves and the verbal cadence of Elvis Presley in Luhrmann’s musical film about the singer and actor’s trials and tribulations.

“I just thought if I couldn’t find someone to play Elvis, I wouldn’t do it,” Luhrmann told Reuters.

“(Butler) sent this video in, which was not an audition, it was him breaking down because he lost his mom the same (age) as Elvis did and he had a nightmare and he goes downstairs and puts the iPhone on and he sings ‘Unchained Melody’… his agent says ‘send that to Baz’ and so that begins the process but once he came in, he was sort of down Elvis street when I met him.”

However, Butler says he wasn’t as far “down Elvis street” as he would have liked when he started filming his first performance, a rendition of Presley’s 1968 televised concert after a year and a half of preparation.

“I felt so much responsibility and what comes with that is an incredible amount of terror. I was so scared,” Butler said. “I got on stage and the music started… I looked down and saw the leather on my arm and the rings on my fingers and it felt like I was looking out of his eyes. It was the most remarkable out-of-body experience.”

After three years of embodying Elvis since his 2019 casting, Butler’s journey wrapped up at the film’s world premiere at the Cannes Film Festival in May. “I hadn’t seen the film and it was part way through act one and I just took this huge sigh and I just felt this weight off of me,” he said.