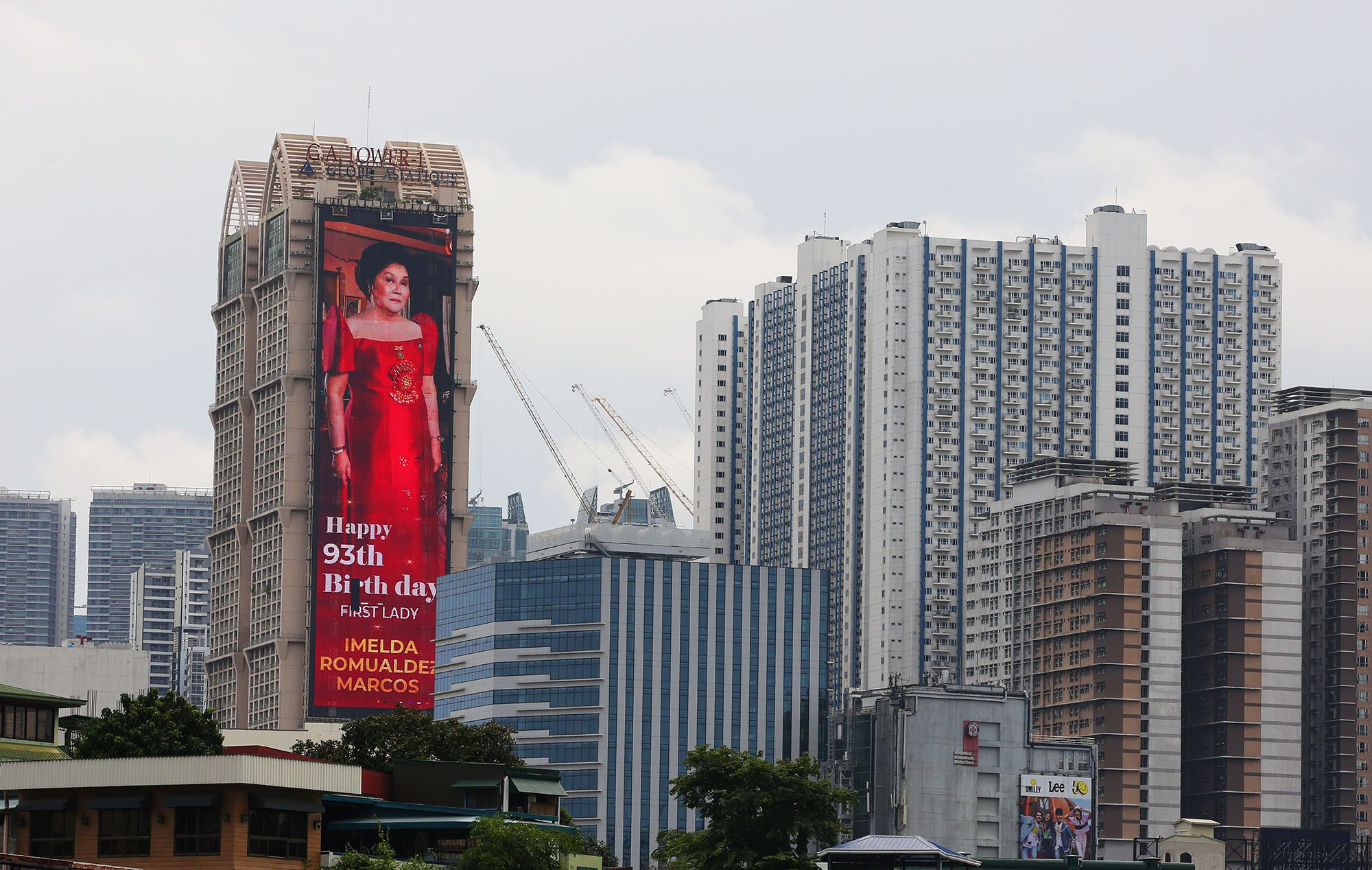 MANILA, Philippines – Filmmaker Lauren Greenfield has called out the use of her image of Imelda Marcos in a billboard greeting the late dictator’s wife a happy birthday.

In a July 2 tweet, Lauren shared images of the billboard from the Philippine Star.

It’s not immediately clear whether Lauren will be taking any legal action against the people behind the billboard.

The image in the billboard was taken by Lauren for her documentary The Kingmaker, and was even used in the film’s poster.

In a statement, billboard company Digital Out-of-Home Philippines (DOOH PH) apologized to Lauren, saying “We were unaware of your copyright, and we appreciate that you brought the matter to our attention.”

DOOH PH also said it immediately took the billboard down after being made aware of the issue.

“We take full responsibility for the mistake, and we are truly sorry,” the DOOH PH said, while also offering its services to her.

The curse that is Imelda Marcos: A review of Lauren Greenfield’s ‘Kingmaker’ film Greenfield on Sunday, July 3, also called attention to a second billboard with the exact same issue. This second billboard was spotted this time on a footbridge, and also involved DOOH PH. The billboard company has yet to respond to this latest incident.

The Kingmaker is a 2019 documentary focusing Imelda throughout her reign as first lady under the dictatorship of her husband Ferdinand Marcos.

The documentary also traces her efforts to restore their family name and gain back political power – a journey that has recently come to completion with her son Bonbong Marcos becoming the 17th President of the Philippines. – Rappler.com