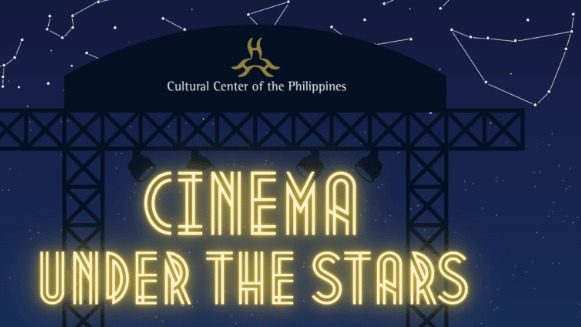 Facebook Twitter Copy URL
Copied
It's movie night! Fourteen Filipino short and full-length films will be screened at the CCP Front Lawn from December 17-18 for free.

The Cultural Center of the Philippines’ (CCP) Cinema Under the Stars is a program meant to provide unique cinematic experiences to the public by providing outdoor screenings of several Filipino films at the CCP Front Lawn, free of charge. The program will be held at 6 pm and 8:30 pm on December 17, and 4 pm and 6 pm on December 18.

This year, select films from Cinemalaya, Gawad Alternatibo, and the CCP Collection will be shown. In total, 14 short and full-length films will be screened throughout the event

The screening schedule is as follows:.

Included in the first lineup is Pepot Artista, a film that centers around a young boy who dreams of becoming a movie star. The film looks into the common Filipino dream of stardom, and how it serves as an escape to serious social problems in everyday life.

Ani is a science fiction film about a boy and his malfunctioning robot’s quest for magical grains that may save his grandfather’s life.

My Mamily is an animated film following the lives of a lesbian family through the eyes of a child. It explores family diversity and love through the perspective of an innocent child who has yet to be influenced by discriminatory institutions.

The last film to be shown is Batsoy, which tells the story of two siblings who go on a fantastical adventure in order to eat batsoy or batchoy. Their craving for the dish leads them to a world of magic, blurring the lines of fantasy and reality.

Cinema Under the Stars returned last year after multiple postponements due to the COVID-19 pandemic. The Cultural Center of the Philippines building is located along Roxas Boulevard, Pasay. According to them, riders, bikers, joggers, and walkers are all welcome to attend the event.