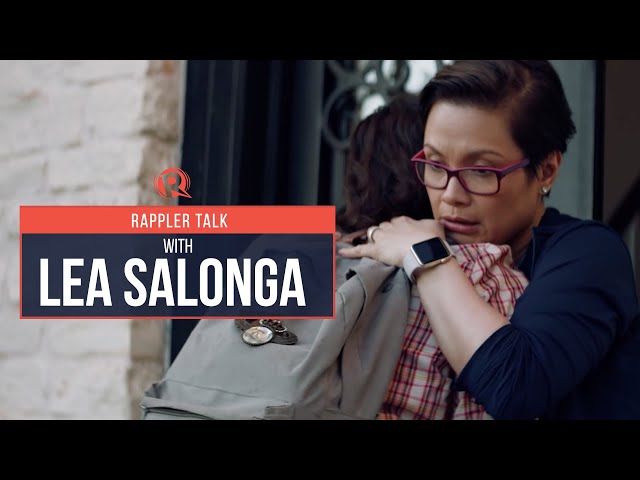 Lea Salonga remembers, quite vividly, how she felt during the Trump years. For the first time, after decades of working and living in the US, the singer and actress felt a heightened sense of danger, made worse by the fact that she was in a wheelchair and crutches as she toured the country.

It was, of course, even worse for the US’s undocumented immigrants, who lived in both fear and uncertainty, no thanks to both the policies and rhetoric from the administration.

It’s an all-too-familiar story the movie Yellow Rose, which premieres in the Philippines on January 29, wants to tell.

The movie follows Rose (Eva Noblezada), a young Filipino-American who dreams of making it big in country music. Her mother (played by Princess Punzalan) is taken by Immigration and Customs Enforcement, forcing Rose to flee and seek refuge with Gail (Lea Salonga), her mother’s estranged relative.

In this episode of Rappler Talk, entertainment editor Bea Cupin speaks to Lea about Yellow Rose, representation in Western media, and putting the spotlight on one aspect of the Filipino-American story.

Catch the interview on January 27 at 6 pm by bookmarking this page or following Rappler on social media.

Yellow Rose premieres in the Philippines on January 28 via KTX.ph and will be available to stream via KTX, iWantTFC, and pay-per-view on Cignal and SkyCable beginning January 29. – Rappler.com