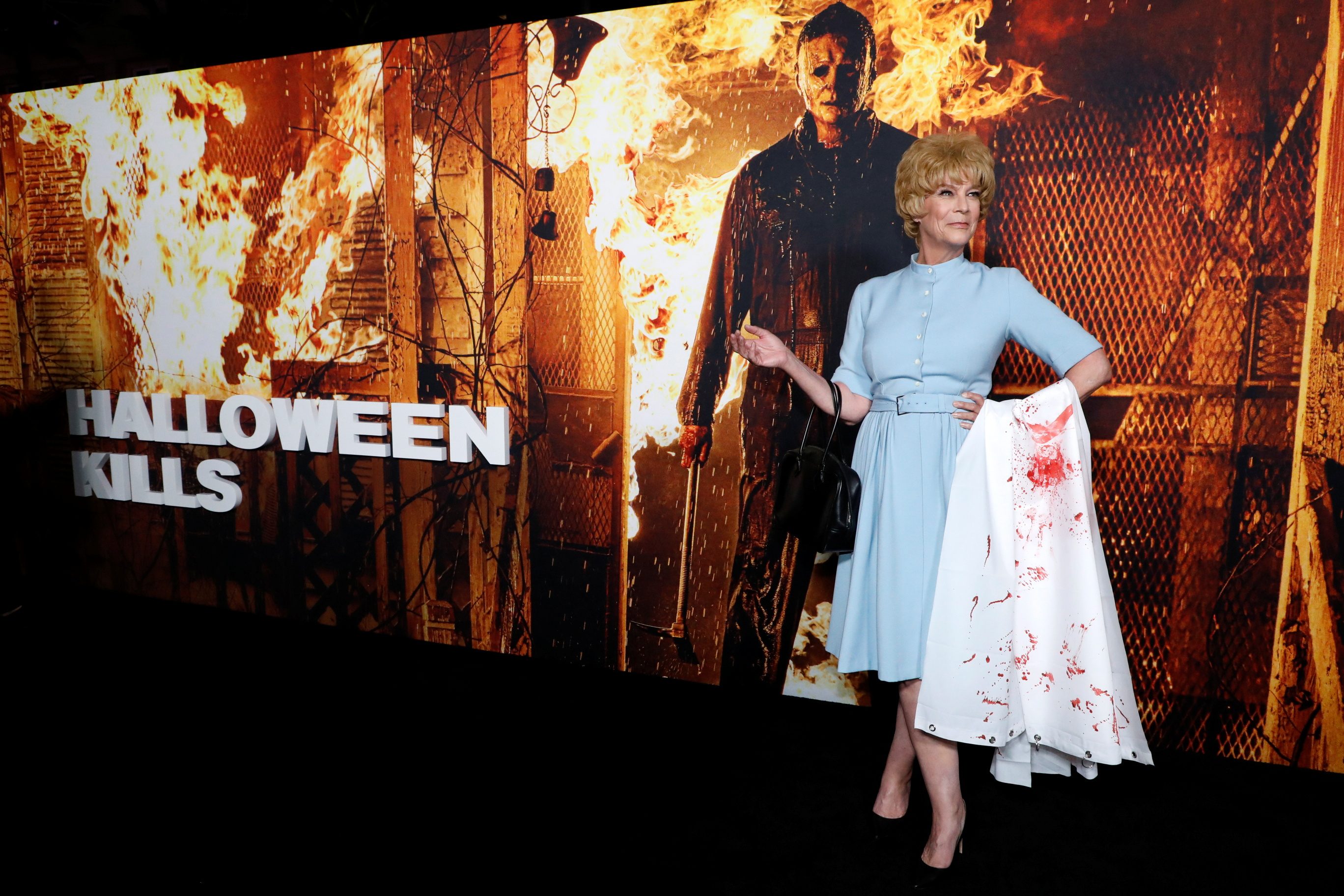 Wearing the same buttoned and belted light blue dress and a blond wig, Lee Curtis completed the look with a bloodied shower curtain over one arm.

The actor is no stranger to fancy dress, having turned up as an orc to the Warcraft premiere in 2016.

Lee Curtis returns as Laurie Strode in the latest edition of the horror series to once again face off against her brutal knife-wielding nemesis Michael Myers.

“It’s an allegory for a lot of things,” Lee Curtis said on Tuesday, October 12, when asked to describe the latest Halloween film. “It’s very much a story of our times. It’s about people not listening, it’s a little bit about misinformation, it’s a lot about rage and trauma, rage and trauma colliding.”

Lee Curtis broke into Hollywood with her role of Strode in the 1978 original version of Halloween. She’s since returned in one form or another for five more Halloween movies.

“I don’t understand why people love escapist scares and yet it’s given me my entire creative life,” Lee Curtis said.

“I don’t try to psychoanalyze what that means. I just know that people like it and we like to deliver it and it’s sort of been the great privilege of my many, many years in show-off business.”

Halloween Kills will be released both in theaters and on Universal’s streaming platform Peacock on October 15. – Rappler.com