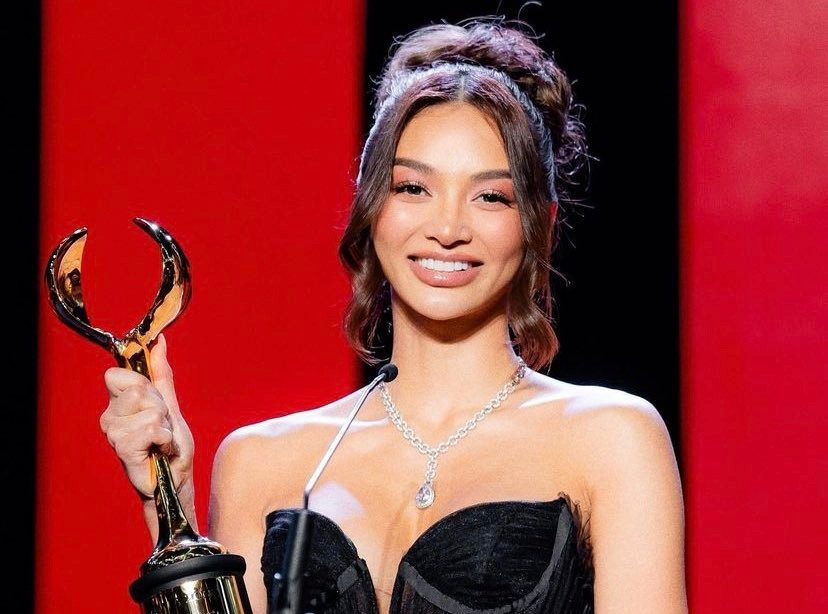 MANILA, Philippines –  Kylie Verzosa was hailed Best Actress at the 2022 Distinctive International Arab Festivals Awards (DIAFA) for her performance in the movie The Housemaid.

In an Instagram post on Saturday, November 5, the beauty queen-turned-actress shared a video of herself receiving the trophy during the ceremonies held in Dubai, United Arab Emirates.

“Dream come true,” she wrote. “Such an honor to represent you again [Philippines].”

In her acceptance speech, Kylie said, “Six years ago when I won the international title for the Philippines, it was such a joyous moment for me. Today, I feel like winning another crown, and this time, for Best Actress. Nothing ever beats the feeling of winning something for your own country because of your own hard work.”

She also dedicated the award to hardworking OFWs “who have sacrificed their time, their happiness, and their efforts for the sake of their own country, but most of all, for their families.”

Kylie’s Best Actress win was first announced in October by her label Viva Artists Agency. A Filipino adaptation of the 2010 South Korean thriller of the same name, The Housemaid tells the story of a maid who was hired by a rich family to take care of their daughter, but catches the attention of the father and soon gets involved in a sexual relationship with him.

According to its website, the Distinctive International Arab Festivals Awards (DIAFA) is a “unique and prestigious annual red carpet and awards ceremony which honors distinguished personalities from both the Arab and international world, in recognition of their annual achievements and contributions towards committees and society’s betterment.” – Rappler.com