‘Last Night in Soho’ review: All that glitters is not gold 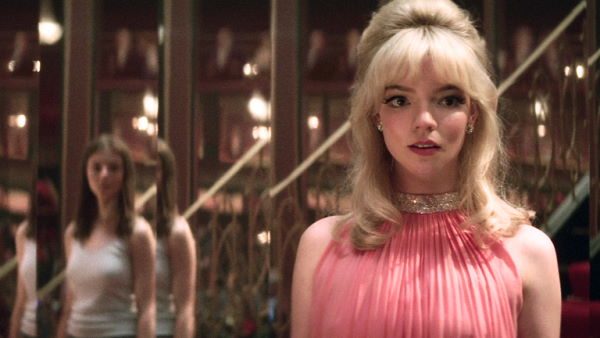 Edgar Wright has made other great movies.

He directed modern classics like Hot Fuzz, Scott Pilgrim vs. The World, and Shaun of the Dead, all of them filled with dynamic storytelling and fluid editing. These films are also comedies, a genre which he considers his bread and butter. He’s skilled at eliciting laughter via showy transitions, snappy cuts, and the clever timing of needle drops.

When it comes to genre tastes, Wright is up there with Quentin Tarantino. Action thrillers, heists, and coming-of-age genres are spliced together in his impossible-to-classify filmmaking oeuvre. This is why the announcement of his latest film, a Giallo-inspired horror throwback to 1960s London, was met with enthusiasm, myself included.

Directors jumping to horror is particularly exciting. Jordan Peele, most known for his comedic sketches, shocked the world with his horror prowess after directing the award-winning Get Out. Sam Raimi is also adept at mixing comedy with horror with his Evil Dead sequels. By all accounts, Wright should be a perfect fit for horror due to his style and filmmaking background.

Unfortunately, most of the enjoyable Edgar Wright fanfare is reserved for the first act of Last Night in Soho, since it quickly descends into a confounding mess that culminates in a dubious, if not downright problematic, climax.

Ellie (played by the underrated Thomasin McKenzie) is an aspiring young couturier who moves to London to pursue her dream of becoming a fashion designer. She soon learns that London can be a lot and feels isolated until she meets a wannabe singer named Sandie (played by the talented Anya Taylor-Joy) through an entrancing series of visions set in the Swinging Sixties. Slowly but surely, the past and present collide, and Ellie soon finds herself caught up in a tangled web of deceit, horror, and a whodunit murder mystery.

[Only IN Hollywood] From ‘The Witch’ to chess queen: Anya Taylor-Joy The set-up is engaging and reminiscent of old British psychological dramas. Sandie is based on Julie Christie’s portrayal of an unrestrained woman in Darling (1965). Meanwhile, Ellie experiences surrealist horror similar to Catherine Deneuve’s in Repulsion (1965). The evocative colors, neon lights, and lush atmospheres are inspired by various Giallo films, including Suspiria (1977) and Inferno (1980).

Chung Chung-hoon, famous for shooting films like Oldboy and The Handmaiden, bolsters the film’s hallucinatory imagery with his impeccable cinematography. Last Night in Soho is visually stunning as a result. From the dazzling costumes to the sublime production design of a seductive yet nightmarish London, everything is captured elegantly.

Wright, a master of visual storytelling, routinely switches between Ellie and Sandie in between frames to serve the identity-twisting story. The visual effects are done with such finesse that they can even be overwhelming at times. His favorite objects to manipulate are mirrors, but now even walls, floors, and stairwells have been rendered malleable to practical and technical wizardry.

If this were a beauty contest, Last Night in Soho wins in spades. But its glittering fabric and stylized horror are not enough to salvage its lackluster script.

It’s unsure whether it wants to focus on supernatural elements, the realities of gender-based violence, or the trappings of a big city that devours its outsiders. In the process of finding answers to the script’s mysteries, Wright stumbles across the worst possible solution. He pulls out a reveal aiming to challenge the audience’s dangerous obsession with nostalgia, but the only thing it seemed to challenge was my patience.

The surly old woman Ellie rents from, Ms. Collins (played by the late Diana Rigg), turns out to be the same Sandie from all those years ago. It also turns out that Jack (played by my favorite doctor, Matt Smith) forced her into sex work with his male business associates, leading to her murdering them in the same room where Ellie now resides.

The ghosts chasing our lead in present-day London were apparently those same men, presumably still trapped due to Sandie not paying for her crimes. To add even more fuel to the fire, these men are actually “friendly” and only wanted Ellie’s help in bringing them justice by calling the police…? Glad to see ghosts who showed no remorse for Sandie or any concern about the institutions of justice while they were alive suddenly care about proper law enforcement in death. What a joke.

What’s worse, a story that was shaping up to be about female solidarity and an empathetic exploration of trauma wound up truncating both of those messages. There is barely any time to consider Sandie’s actions or to process the sympathy gained for her up to this point, especially since she is seen wanting to kill Ellie, for Christ’s sake!

Usually, a subversion that paints a character as not-so black and white can elevate a story, but this one just breeds a message insensitive to women’s plights. The power imbalance between genders is not flipped, it is only reinforced. The police were never on Sandie’s side back in the ‘60s, and they sure as hell aren’t on her side now (even the dead men can find ways to call the police to their advantage, and they’re DEAD!).

Crucially, Ellie’s fight to bring justice to Sandie becomes moot. Sure, she can get her story straight and reveal to everyone what really happened, but the film repeatedly demonstrates how much people doubt her and how institutions that are supposed to safeguard women turn a blind eye. Nothing changed, and these rotten systems that have failed Sandie are still in place, as evidenced by the microaggressions and alienation that Ellie faced and is likely going to continue to face.

In the end, Wright includes a reassuring smile from Ellie’s deceased mother, which is meant to visually reflect how Ellie is now at ease with living in London. If the script had actually explored the vague psychosis she was experiencing, which was hinted at owing to her mother’s history of schizophrenia, that smile would have meant something. Instead, the film exploits it as a flimsy narrative device that explains how she gets her visions of the past. But, hey, nostalgia is dangerous, am I right?

Last Night in Soho is a beautiful-looking film that flounders at the last minute. It’s a prime case study on how crucial it is to stick the landing. – Rappler.com

Last Night in Soho is available on demand at Upstream PH.