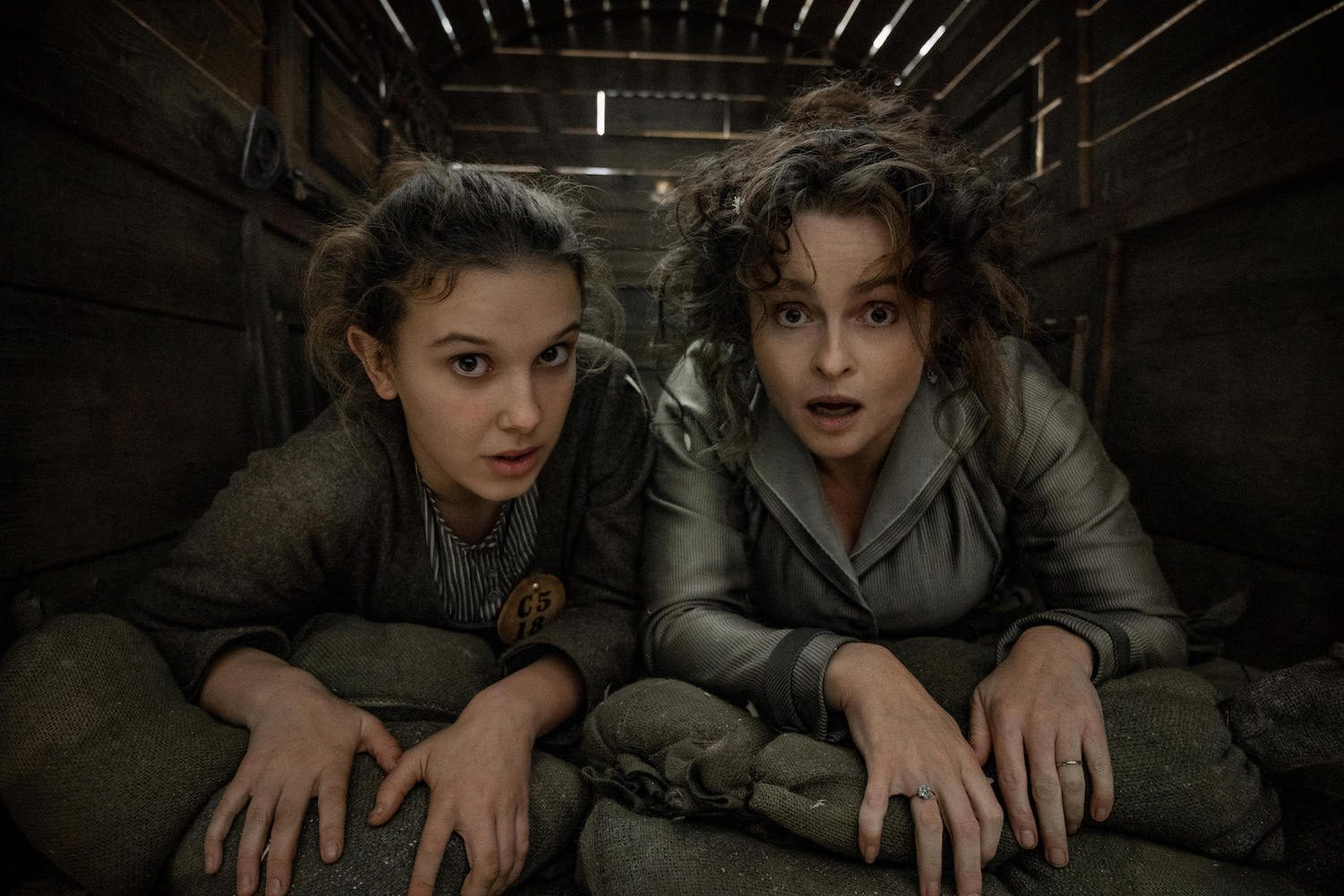 MANILA, Philippines – Are you ready for another round of sleuthing? See Detective Enola Holmes take on another case in these new Enola Holmes 2 teaser photos released by Netflix.

Enola, played by Stranger Things’ Millie Bobby Brown, has always been fascinated by her brother Sherlock Holmes, an infamous detective, inspiring her to follow in his footsteps.

In the first Enola Holmes film, she previously set out to solve the mystery behind her mother’s sudden disappearance. In the process, she becomes entangled with Tewkesbury, a runaway Lord whose personal mysteries draw Enola in.

Basking in her success as she solves these cases, she is now returning as a full-blown detective working on what could be her most dangerous job yet.

Testament to this, one photo sees Enola in handcuffs, looking utterly displeased. Other snaps also tease the return of Henry Cavill and Louis Partridge, who starred as Sherlock Holmes and Lord Tewkesbury, respectively.

Helena Bonham-Carter will also be making a comeback in the sequel as Enola’s mother, as she is pictured hiding with her daughter in another picture.

Joining the cast is Sharon Duncan-Brewster, elegantly holding a wine glass in the fifth photo, who will play a new character who might have something to do with Enola’s new case.

Truly a woman of action, Enola is determined to get on top of whatever mystery is handed to her. Not even a run-in with the police can stop her, as seen in the last photo.

However, the return of Sam Claflin, who played Enola’s brother Mycroft in the first film, has yet to be clarified.

Enola Holmes 2 is set for a November 4 premiere on Netflix.

Based on the The Enola Holmes Mysteries book series by Nancy Springer, Enola Holmes was first released on Netflix on September 23, 2020. News of the sequel was first confirmed on May 14, 2021. – with reports from Juno Reyes/Rappler.com