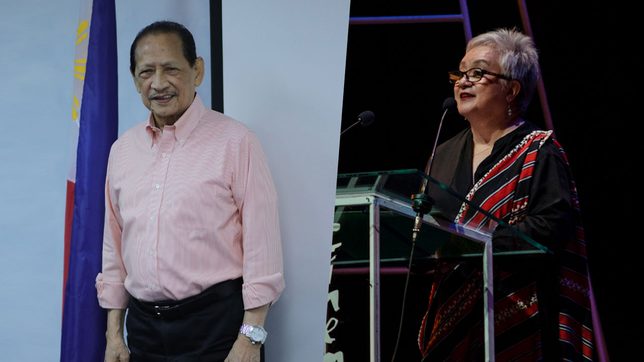 In a statement, Lim said he is looking forward to work with the two because of their experience in the industry. “Their track record speaks for themselves,” he said.

Guillen is an award-winning director and actress and is the current president of the Cinemalaya Foundation. She was also the first chairperson of the Film Development Council of the Philippines (FDCP).

Lizaso is an actor, director, and producer for film, television, and theater. He is the current president of the Cultural Center of the Philippines and Chair of the National Commission on Culture and the Arts.

Guillen and Lizaso’s appointment comes after FDCP chairperson Liza Diño-Seguerra was removed from the Execom. Lim said they decided to “withdraw” Diño’s membership due to her “foiled bid” to transfer the management of the MMFF to the FDCP. Diño has since said they’ve reached out to the MMDA to iron out the issue. – Rappler.com