MANILA, Philippines – Before the likes of Viva Films, Regal Films, and Star Cinema dominated the Philippines box office, there existed the movie companies that started it all.

LVN was founded in 1938 by Narcisa de Leon, Carmen Villongco, and Eleuterio Navoa Jr. The initials "LVN" were taken from the founders’ family names. Narcisa or Doña Sisang was the company's executive producer. 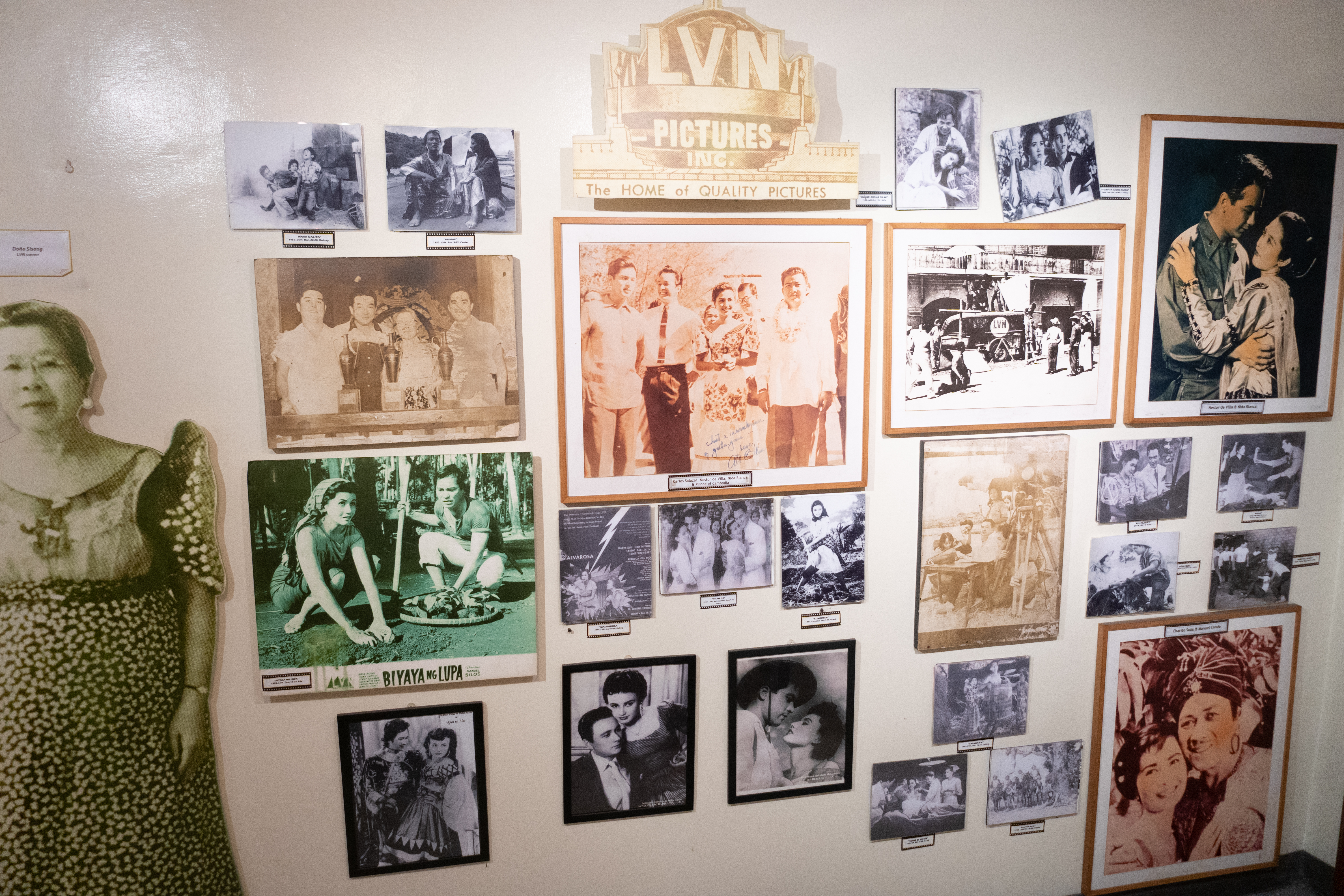 LVN. Photos of some of LVN Pictures' movies and tandems are displayed at Mowelfund's Museum in Quezon City.

The first film produced by LVN was Giliw Ko in 1939. It was a huge success. It was also LVN who produced the movie Ibong Adarna in 1941. It was the first Filipino film to color sequences frame by frame. 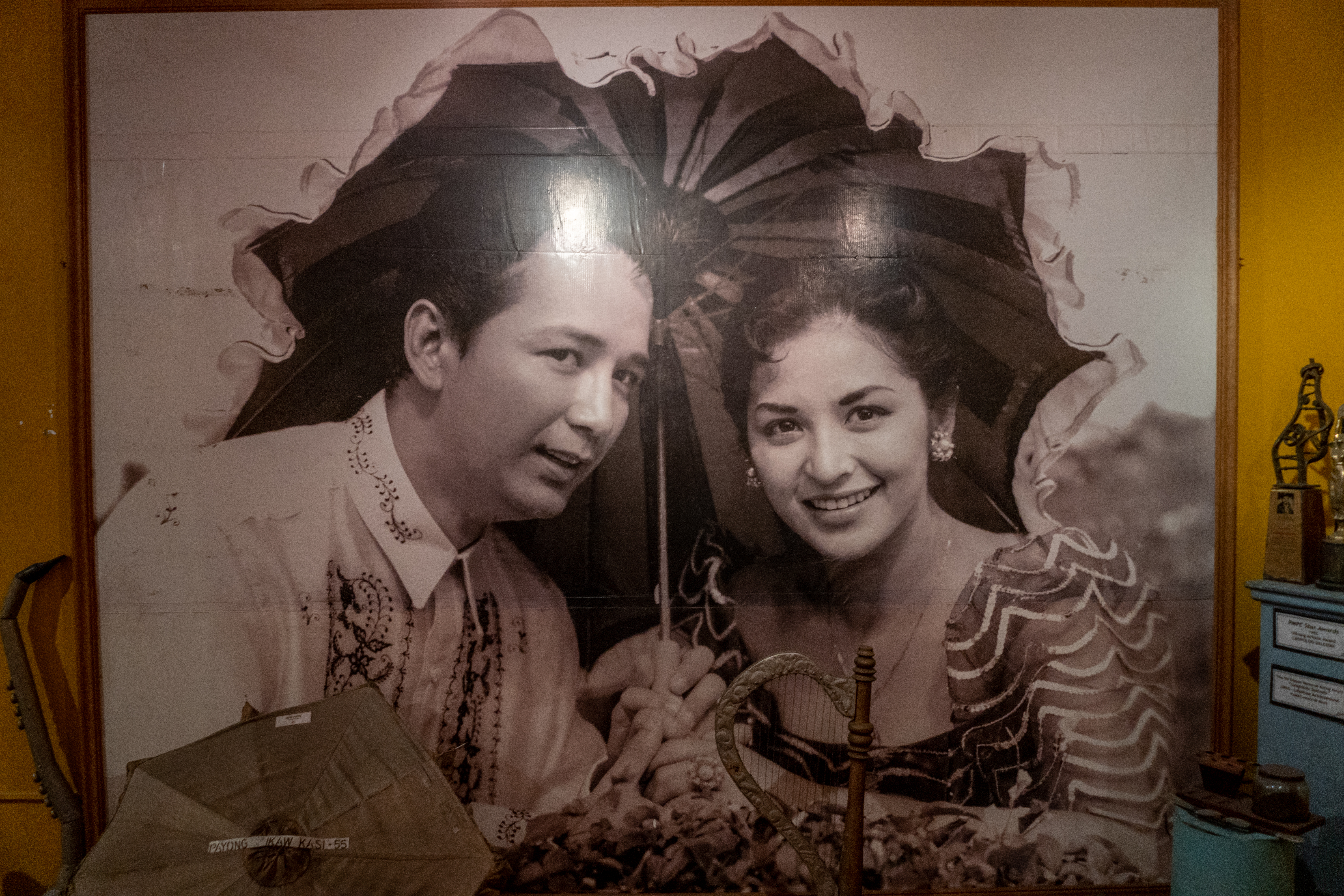 LVN Pictures stopped making films in 1961 but continued to serve the movie industry with its full color processing laboratory. They also offered film editing services. Doña Sisang tried her luck in independent movie production and formed Dalisay Pictures Inc, through which she and her brother Delfin Buencamino produced films.

The facilities of the LVN studio were formally shut down in 2005.

The studio, which was located along P. Tuazon Boulevard, Cubao, Quezon City, has since been torn down to make way for a high-rise building. 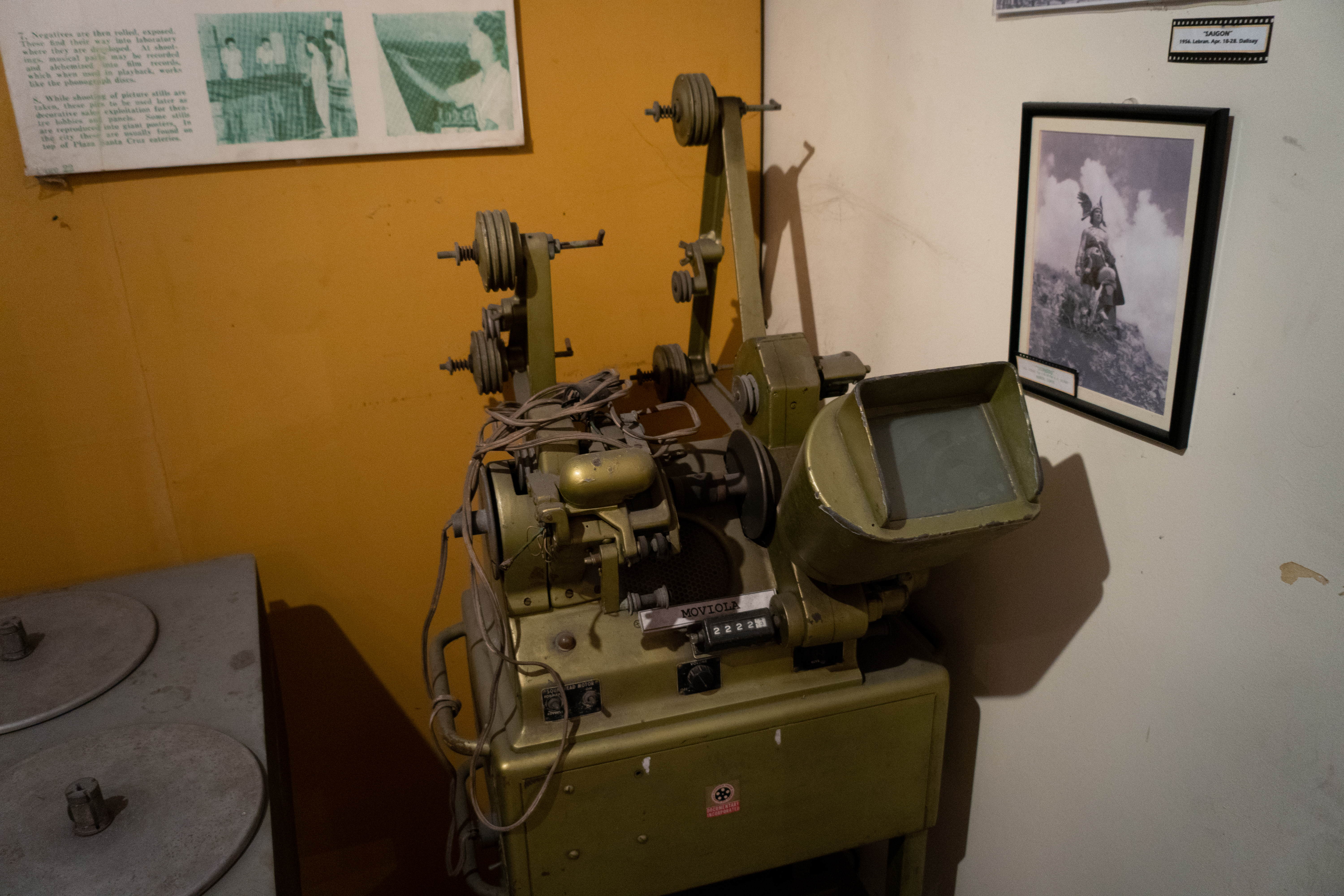 One of the machines displayed at the Lebran Production's section of Mowelfund.

Lebran produced movies not just for the Filipino audience but the Asian market. In a Philippine Star article, writer Danny Dolor listed some of Lebran's best-known films:

Some of the stars who made films under Lebran include Leopoldo Salcedo, Erlinda Cortes, Oscar Moreno, Manuel Conde, and Anita Linda.

Lebran stopped producing films in 1956 due to poor return of investment. Its owners went on to concentrate in the real estate business.

In 1939, Carmen Rosales was added to the movie company’s roster of talents. Her team up with Rogelio dela Rosa would soon gain fame through movies such as Takip-Silim, Señorita, Lambingan, and Colegiala.

Following World War II, Sampaguita was revived under the leadership of Judge Jose Vera, who went on to produce films such as Gerardo de Leon's So Long, America (1946), and Isumpa Mo,Giliw (1947).

In 1950, a fire destroyed the Sampaguita studio. The company produced the low-budget movie Roberta, starring Tessie Agana, which became a success and was able to bring back business in 1951. Judge Jose's son-in-law, Dr Jose Perez, took over the company with his wife Azucena.

Following Dr Jose's death, his children, led by his eldest daughter Marichu Vera-Perez, took over. Sampaguita closed its production in the '80s after producing one final movie — Batch 81. 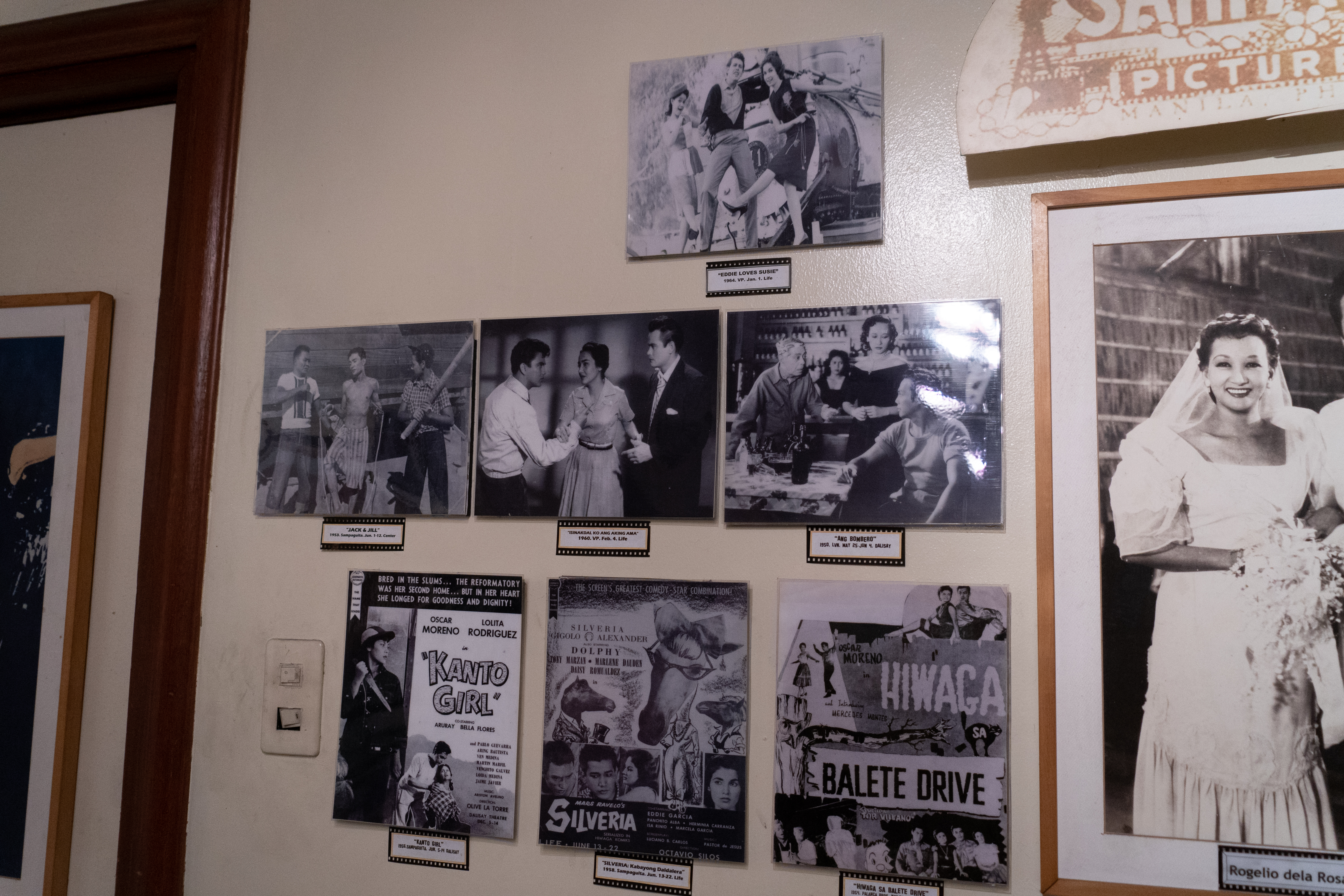 The gallery of stills from Sampaguita Pictures displayed at Mowelfund.

Today, the Sampaguita compound located in New Manila, Quezon City has been renovated into an events place. 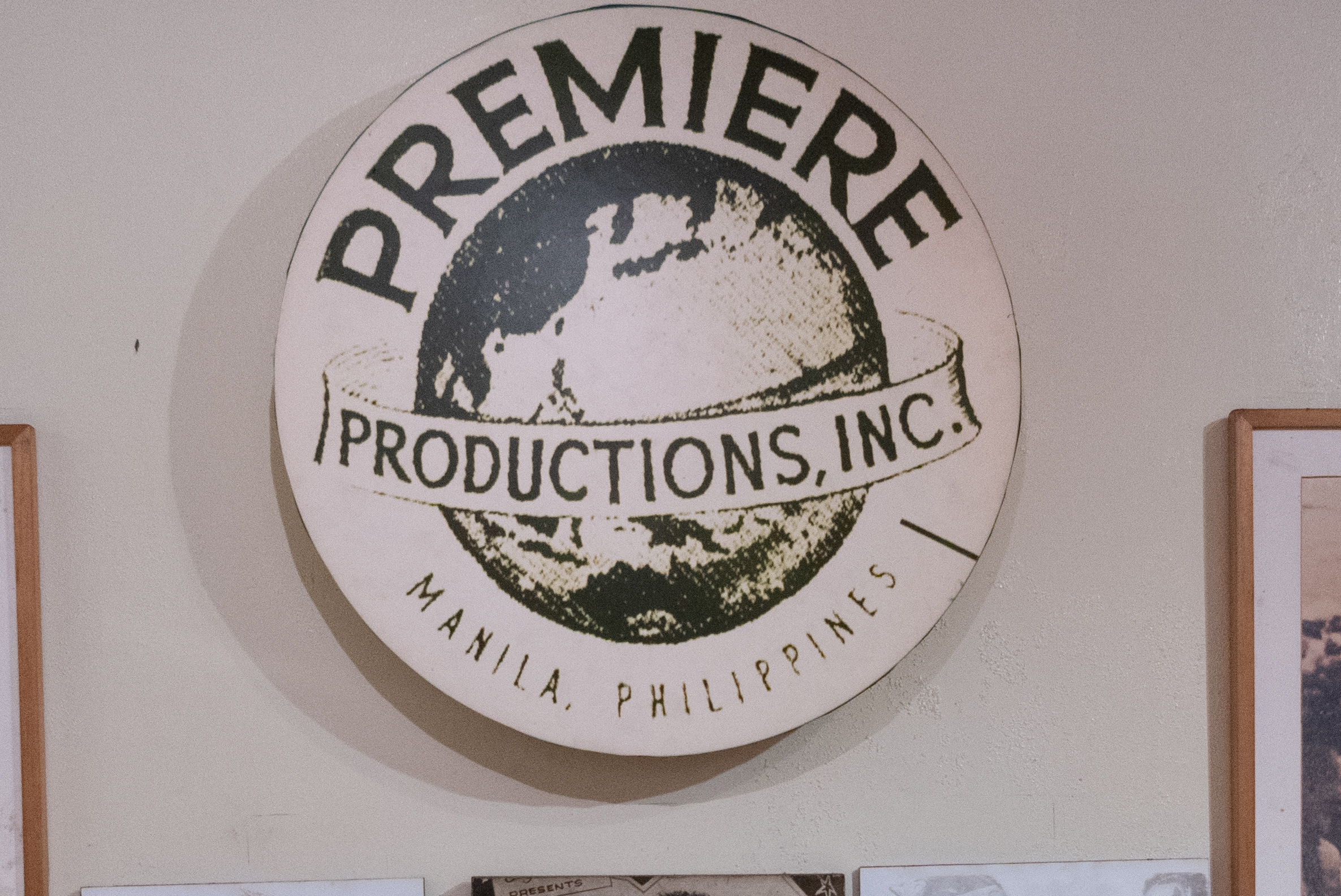 Premiere also became known in the action genre with names such as Efren Reyes, Jose Padilla Jr, Fernando Poe Jr, Bob Soler, and Eddie Fernandez headlining the company's movies. National artist Gerardo de Leon made many of his movies under Premiere. His titles under Premiere include 48 Oras, Padre Burgos, and Diego Silang

The company continued making films in the '90s but has since stopped. — Rappler.com