GHOSTFACE. 'Scream' movie is set to premiere in January 2022.

Facebook Twitter Copy URL
Copied
'There’s some stuff here that was pretty stale, but there were some genuine attempts at fresh and new ideas'

Ten years from the last installment in the franchise, do we really need another Scream movie? Not really. And where the original film was a shot at revitalizing the genre, horror is doing very well these days. That’s not just in terms of box office, but also in the range and depth of the field, especially as more voices from all over the world have access to a global audience. So no need for this movie. In fact, easy enough to pass on it. The film itself is fully aware of this, mocking itself and genre conventions. Yet, it’s actually a pretty good piece of fan fiction in film form and delivers a lot of what you come to the series for.

If anything, this film could be faulted for being too self-aware that it is an attempt at a reboot/sequel, or, as the characters say often enough, a requel. There are all these knowing winks and nods to the audience, and it’s easy to see how this might come across as unsatisfying. It also isn’t shy about making fun of itself and where it sits in this part of the content cycle (or recycle). For me at least, it worked. I found its sense of humor effective — so effective in fact that it’s at times funnier than the Scary Movie spoofs that came out alongside the original film.

I keep discussing Scream (2022) on this meta-layer, but I’ll stop and try to give a bit of the plot. However, before I attempt that, I will say, it’s hard to say much without spoiling anything. And, if you’re not into the meta of this whole thing, then this movie isn’t worth your time.

LIST: Beginner’s guide to the world of horror cinema Twenty-five years since the original Scream film, and in the “universe” the Stab movies have hit their 8th installment, yet another copycat Ghostface killer comes back onto the scene. The movie starts in a familiar enough spot, with a teenage girl in a kitchen and a landline ringing. Except, well, we are in 2022 and sometimes it’s actually frightening to answer the landline if someone didn’t text you first. The film embraces the proliferation of smartphones and other technology, and incorporates it all pretty well to make it feel like it makes sense for today.

What’s great in this opening sequence is that we get a lot of what we expect, and just enough surprising things, to make it satisfying. When the film opens, it makes a kind of promise. It lets you know that it’s fully aware of everything that’s come before and it’s willing to play within the rules set. But where it can, it will find a way to take it in a new and different direction.

Once the first attack is done, we get the introduction of the other things that are par for the course. The central girl, Sam Carpenter (played by Melissa Barrera), a crew of high school kids who play both suspect and fodder, and the returning originals Neve Campbell, Courteney Cox, and David Arquette. There’s not much more story to speak of, except that this cast of characters follows the series formula in attempting to track down and stop the Ghostface Killer as the bodies start piling up.

The movie situates itself not only in the reality of the Scream/Stab universe, but actively engages and calls out the modern horror genre, being specific in terms, trends, and actual movies that it name-checks. Basically it says, sure all that other good stuff is out there, but how about a good slasher movie? I was pretty resistant when the movie started down this path, particularly because there’s a fair amount of good slasher stuff around (the Fear Street flicks come to mind). But where this movie works is somewhere between YouTube breakdown/commentary on horror flicks and actually well-executed set-pieces.

LIST: Need a horror fix? Indulge in these 5 horror manga and manhwa artists! 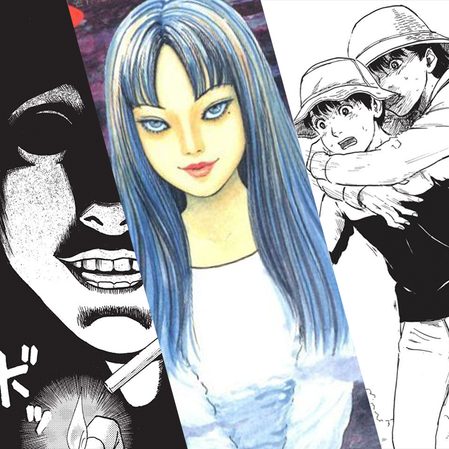 A movie can pull together as many of the original pieces as it can afford. And it can name-check and play in a genre and show how self-aware it is until it’s hyperventilating from all the cross-referencing. But it’s a worthless slasher flick if it can’t deliver on the well-executed scares, gore, and suspense. If you’re looking for something that takes you back to the Scream of the ’90s in terms of surprise, adrenaline, and that sadistic glee that only a good slasher can provide, this new works.

Now here’s where the film is weakest: it is almost wholly reliant on its audience being in on the joke. If you haven’t seen Scream, if you aren’t a fan of horror flicks, if you don’t see all the things they are referencing or paying homage to, then it just won’t work and it won’t be much fun. Because who wants to be watching a movie full of in-jokes and references that they don’t understand?

On the other end of that, if you love a good slasher, if you enjoyed the original and films like it, then this is going to be giving you stuff that you already like, while also introducing you to some new things. I won’t lie, there’s some stuff here that was pretty stale, but there were some genuine attempts at fresh and new ideas. It’s a fun movie for people who miss slasher flicks, the ’90s, and Neve Campbell kicking ass. – Rappler.com