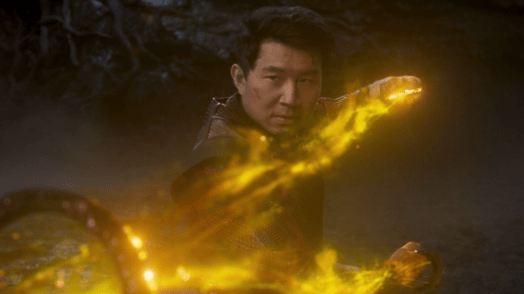 Facebook Twitter Copy URL
Copied
A promising first half, with homages to wuxia films, is spoiled by a poorly-paced, CGI-dependent second half that drops the narrative and doesn’t stick the landing

Judged solely on its fight scenes in the first half, Shang-Chi is an excellent entry into the Marvel Cinematic Universe (MCU).

Each scene uses intricate choreography to introduce us to the dynamics between characters: the combat in the bamboo forest transforms into a dance between two budding lovers; the rogue bus scene demonstrates the synergy between two best friends; the battle on the scaffolding establishes the bond between siblings despite past betrayals. When the film is firmly planted in its constructed reality, it works wonders.

Adopting wuxia has been the best decision that Marvel made for the film. These early action sequences lend the intimacy, youthful energy, and stakes the MCU has been in dire need of to restart the franchise. Much of the online discussion has been dedicated to honoring the work referenced in these earlier scenes: the clear homages to James Bond films and to the seminal work of Jackie Chan and Bruce Lee.

But just as Shang-Chi is on the cusp of something great, it reverts back to the tried-and-tested formula, dropping its setup to fulfill its big-budget imperatives through CGI-overloaded, monster-driven drivel. When it does this, corporate functions and genre needs come to the fore and the story is so clearly sent to the background.

It isn’t as if the story is narratively bankrupt. Shaun (Shang-Chi, played by the charming and hunky Simu Liu) is a valet driver in a post-blip San Francisco who lives a fun but generally mundane life with best friend Katy (Awkwafina). That is, until he is suddenly attacked on a bus by the “Ten Rings” — a thousand-year-old organization which has altered the course of history under different names — in an attempt to steal his mother’s necklace, setting him on the path to his heroic journey, one which takes him away from the life he’s built in the US and back to the life he left behind in China.

Stripping away the fantastical elements, Shang-Chi is a family drama, and underneath its action sequences is a story of childhood trauma, uneasy family histories, identity, grief, and parental and societal expectations.

Without a doubt, the best thing in the film is Tony Leung Chiu-wai. Described by CNN as one of Asia’s 25 Greatest Actors of All Time, he lends his indelible screen presence to Xu Wenwu — Shang-Chi’s father and the head of the Ten Rings organization. In the past, Marvel has been criticized for having lackluster villains that are, essentially, “carbon copies of their heroes.” It leaves the film with virtually no real threat but the threat of the self.

But under the hands of Leung, what is on paper a run-of-the-mill power-hungry villain appears fully-formed — birthed from bereavement, simultaneously full of menace and charm, of psychopathy and sadness. Leung’s presence in the film dwarfs his counterparts onscreen, and at crucial moments, it is easier to root for Wenwu rather than Shang-Chi. Likewise, even Ta Lo — a magical land littered with mythical creatures and legendary communities — has little stake in the narrative nor a connection to the outside world, leaving little merit for its exploration.

But even Leung cannot save the film from its faults. Rather, his presence highlights a quality that Marvel films have been increasingly (and justly) criticized for: the absence of risk. When the first MCU film —Iron Man — was released 13 years ago, it was an immense artistic and financial gamble. The first three phases of the MCU were defined by this early risk: the individual stories dwarfed by the promise of a larger universe, of cross-cultural collaboration. No one knew if it would pay off, and people stuck around to see if they would stick the landing: watching the fights get bigger and the universe become more intricately connected.

Since then, much has changed: Marvel is no longer an underdog. It has dominated screens globally and made billions through its perfected formula and dedicated audience willing to see the films on the big screen, even amidst a global pandemic. However, the society which views these Marvel films has also changed: the cost of moviegoing is now higher than ever, and so is the frequency of Asian-American hate crimes in the US.

Marvel has amassed not only money, but criticism as well: for its lack of representation and diversity in front of and behind the screen, for its predictable formula, for not being “cinema,” and for pushing smaller, independent titles out of cinemas and effectively monopolizing the market of theatrical releases. Acknowledging its influence as a cultural titan, it has attempted to address some of these criticisms retroactively: hiring auteurs such as Chloe Zhao (Eternals), Nia DaCosta (The Marvels), and Shang-Chi director Destin Daniel Cretton to help “focus on and elevate character journey.”

To paraphrase Michelle Yeoh’s character, Shang-Chi and the rest of Phase Four bears the weight of all that came before it: good or bad. Many of the characters we spent the 11-year arc with are now gone, and Shang-Chi encounters the unfortunate task of being the first one to attempt and replace them, while simultaneously addressing the narrative loopholes in the franchise.

While arguably one of the most interesting origin stories in the MCU, under these pressures and expectations on all fronts, it is understandable yet unfortunate that Shang-Chi goes for safety. This lack of risk in the latter half of the film is strikingly under-discussed, and whatever superficial tethers connect Shang-Chi to the world are deemed necessary breadcrumbs, forgivable missteps. We are asked to support it regardless because it is culturally important – wait and you shall be rewarded.

But what is even more frustrating is how conversations around the film have fixated not only on the fight scenes but also on the film’s cultural imperatives, only praising it for being great Asian-American representation (despite simply repackaging racist stereotypes) without weighing its artistic merits. The mere existence of the film as representation, while commendable given the systemically oppressive environment of Hollywood, cannot be the sole source of praise, and these might indicate the larger problem of how we engage with art and what art we have access to: how we dismiss entertainment as brainless and praise all efforts at representation; how we demand something from big corporations that is already available elsewhere.

Shang-Chi has the makings of a great film. However, I am left to wonder what would have happened if it had been left to its own devices and given the opportunity to take bigger yet more intimate swings. – Rappler.com

Shang-Chi and the Legend of the Ten Rings is showing in select Philippine cinemas beginning November 24, 2021.