The movie is helmed by Your Name director Makoto Shinkai, his first film in three years. The 44-second teaser features a glimpse of Suzume’s journey through a mysterious door, told in Shinkai’s signature storytelling and visual techniques. 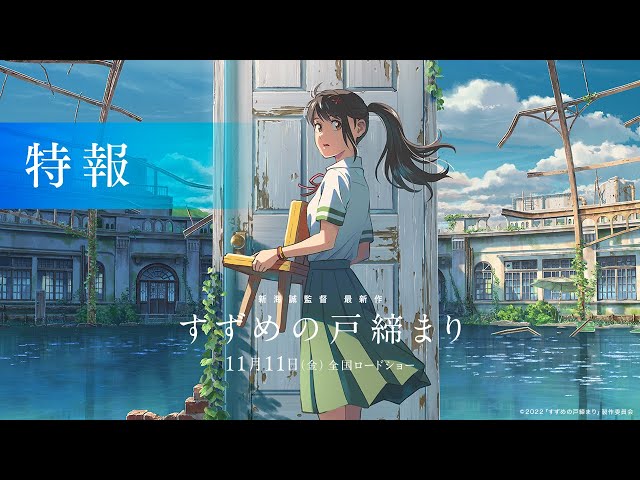 Suzume no Tojimari tells the journey of Suzume, a girl from a quiet town in Kyushu, who encounters a young man who tells her that he is looking for a door. Suzume finds a single weathered door standing upright in the middle of nowhere. When she reaches for the knob, it starts to open and unleashes destruction upon anyone who comes near.

The movie’s character design is by Masayoshi Tanaka, animation direction by Kenichi Tsychiya, and art direction by Takumi Tanji.

Suzume no Tojimari is set to premiere in Japan in November 2022.

Shinkai’s previous films Your Name, which premiered in 2016, and Tenki no Ko: Weathering With You in 2019 were both box-office hits in Japan and around the world.  – with reports from Edmar Delos Santos/Rappler.com