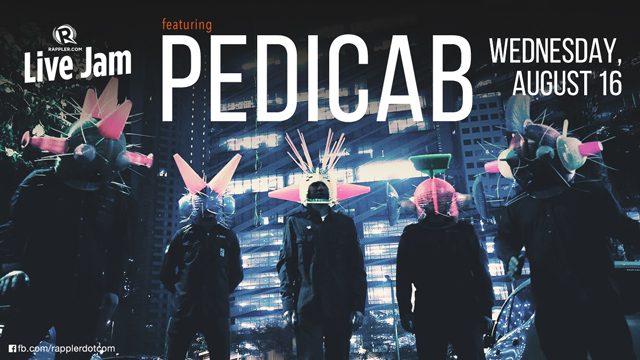 The rock band – made up of Diego Mapa, Raymund Marasigan, Mike Dizon, Jason Caballa, and RA Rivera – will be playing their first Rappler Live Jam on August 16. The band is currently in the middle of their Invasion tour, on which they are promoting their newest album, the alienesque Remuda Triangle.

Formed in 2004, the band is known for their songs “Dito Tayo sa Dilim,” “Konti na Lang,” and “Ubusan ng Lahi.” The band has also written songs for films such as Marie Jamora’s Ang Nawawala, as well as the Ballet Philippines production, Rock Supremo.

Catch Pedicab live by bookmarking this page, or heading over to fb.com/rapplerdotcom! – Rappler.com