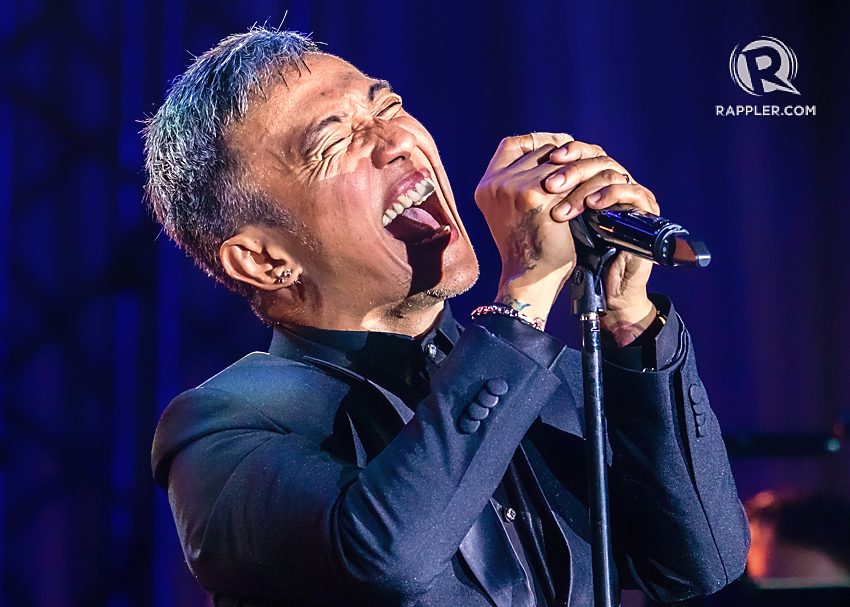 MANILA, Philippines – One of the premier vocalists of the Philippines celebrated a milestone with a one-of-a-kind concert at the newly opened Grand Ballroom of Okada Manila.

Arnel’s vocal prowess is something to behold, he could sing the phonebook and still move mountains. He addressed the audience in a comfortable and genuine fashion explaining how fortunate and thankful he is to be where he is today. After a handful of songs, there was a video presentation that documented Arnel’s inspirational story, from humble beginnings to his rise to fame as lead singer of the legendary band Journey. With an energetic and animated stage presence, he performed a setlist which included a variety of recognizable hits across genres and generations such as Nirvana’s “Smells like Teen Spirit,” Deep Purple’s “Highway Star,” Eric Carmen’s “All by Myself,” and a Journey song to round out the set, of course. The band produced a full sound, with three back up vocalists and numerous musicians on various instruments accompanying Arnel in a well-balanced fashion with a high quality sound. The evening began with a Filipina-American singer Anatalia Villaranda from popular TV show, The Voice US. This was Anatalia’s Philippine debut and the talented teenager impressed the crowd with a confident stage presence and an astounding vocal performance, also joined by another up-and-comer Jon Klaasen. Just when the regular portion of the show concluded and things seemed to be ready to wrap up, Arnel was surprised by Asia’s Nightingale Lani Misalucha singing “Ikaw Lang ang Mamahalin.” His three sons, Mathew, Angelo, and Cherub followed with a pleasant version of “Grow Old with You.” His wife, Cherry and young daughter, Thea also sang. To cap off the night, there was a cake and everyone sang Happy Birthday – a fitting end to a memorable evening. This wasn’t your ordinary concert, it had a loving feeling to it, a true celebration. Throughout the night, Arnel often gestured towards his family, close friends, and special guests in the audience and even jumped into the crowd for the last song. He showed his appreciation by donating part of the proceeds of the ticket sales to the Arnel Pineda Foundation, a non-profit that takes care of underprivileged children. What impressed me here was how Arnel sang without ego. The music itself was presented in pure fashion straight from the heart. – Rappler.com