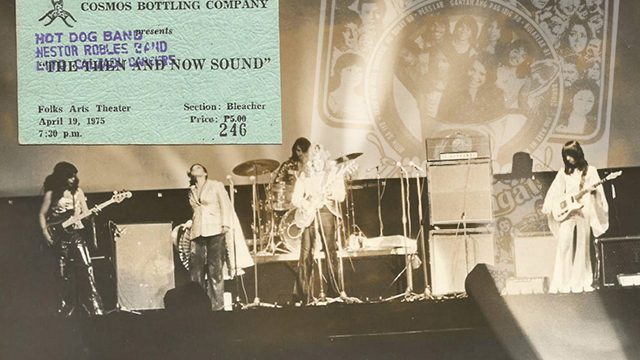 MANILA, Philippines – On Sunday, September 2, the Philppine music industry mourned the death of Hotdog band member Rene Garcia, who died at the age of 65 due to cardiac arrest.

Rene was a member of the group that pioneered what was known as the Manila Sound back in the ’70s. Formed sometime in 1972, Rene, along with brother Dennis, lead singer Ella del Rosario, Lorrie Illustre, Ramon Torralba, Jess Garcia, and Roy Diaz de Rivera, produced hits that would be enshrined in Filipino pop culture. 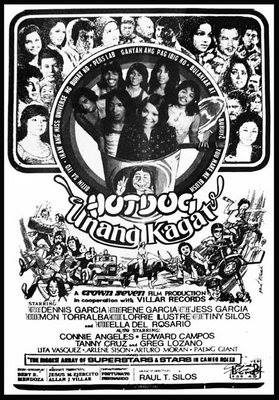 “For the sake of getting the facts right, we did not sing the song at the actual pageant.  The whole hype leading to the pageant must have inspired Hotdog’s chief lyricist, Dennis Garcia, to write a song using the hype of the event.  The first recording of this song was in a small studio in Makati, (the studio name I cannot recall) using a 4-track pro recorder.  Trivia on how editing was done on these machines.  Splicing is when you want to cut the actual physical tape to edit unwanted sound or a mistake, then taping it back together.  The recorded song was mastered and this is what Dennis, our spokesman and chief negotiator,  presented to the recording companies while this was being airplayed in a few radio stations.  Most recording companies did not want to venture on it or they may have been preempted by Villar.   Well, they profited from this initiative as this was the start of Manila Sound.

“This song means a lot to me.  This is my baby.  My first composition.  After recording “Ikaw ang Miss Universe ng Buhay Ko,” there was a rush to record the second Hotdog original.  The members of the band were then quartered at a basement of Mrs. Baby del Rosario’s house in Dasma, where we rehearsed and we crashed (“chill” in millennial’s lingo).  I remember arriving there one night after school (I was a mass comm De La Salle University student then), Dennis told me about the recording schedule the next morning and handed me a paper containing some handwritten lyrics.  Had I wished I kept that.  It was already 7 or 8 pm. He surprised me because I expected that he would hand the task to Rene as he did with the “Ikaw ang Miss Universe” song.  But Dennis told me that he couldn’t do it.  And so, the was my challenge, my fate.

I sat alone, edited the lyrics and marrying a melody that would match the further edited lyrics and more importantly, creating a song that lyrics and melody will, independently, tell a story. I remember this technique from what I learnt from the experienced professors were big in the TV, Film and Advertising industries – if the visual does not tell a story without the audio (and vice-versa), then you need to put more work into it.

And so after 3 hours of full concentration, I called Ella and taught coached her on how the song should be sang.  I told her the plot.  It was a build up until you get to its highest point, the chorus, “Di na makatulog…” which I described to her should be sang with frustration of not getting close to meeting  one’s “crush”.  Like a plot, this song has the intro, the rising action, the climax, the falling action and the resolution.

“Never did I expect that this will be a very huge hit.  In fact, I can quote what Viva top exec, Vic del Rosario told me…  “The 45 rpm single with your song is in every two houses in the Philippines”.  The song was re-recorded by several  recording artists – Vina Morales (theme song for the movie, Ang Utol Kong Hoodlum), Jenine Desiderio and several others, the last I know was by Sarah Geronimo in the Hotsilog album.  Also used as theme song in a GMA teleserye, First Time, sang by Rita Iringan.  This song launched Charlie Green’s career in the Philippines.  It was also recorded with English lyrics transcribed by well-known songwriter, Pamela Olland Philips.

“But nothing beats the first time I heard the song being sang by a stranger – that time, we were driving on Raon St and we were stuck a bit on traffic and from a close distance I can hear a female voice singing the just released song.  I saw this lady cleaning a store front window, singing with all heart the chorus…”Di na makatulog….”.  Indeed, I felt goose bumps from the thrill!”

“This was the third song we recorded.  There is a funny moment when this was recorded.  I had to contribute a joke as part of the lyrics where it goes… “Ulo mo’y lumobo, parang ilong mo“.  Like in every song that we recorded during my time, we collaborated on ideas in the recording studio- contributing  to make our songs sound better. “

” ‘Manila’ is the catchiest groove we have recorded. It takes me back to when we were recording that song.  It was one of the songs we recorded for our 4th album entitled, Inspiration.  It’s a feel good song.  It relates to all Filipinos there and across international boundaries.  We all love the city, its beautiful people, even its hustles and bustles.  I observe the Filipinos here when the song is played in events like the Taste of Manila.  People, young and old, are just having fun, singing and dancing  to the tune. If you want Filipinos to get going, this is definitely on top of the list. “

“The movie was inspired by the song. [The] movie came out after the song was blasted on the radios and became very popular.  I am the last original member to stay with Rene and Dennis.  We had a different drummer and keyboardist when we flew to Kuala Lumpur (3 month gig) and then to Hong Kong (6 months at Hong Kong Hilton).  I recall recording this tune in a studio in Hong Kong.  We did not like how it was recorded then, not even worth mixing down for a final cut.  It was a realization that we had better sound recording engineers in Manila back then.  The Garcia brothers re-recorded it in Manila with some new faces in the group.

“We parted ways. I joined a new group, WADAB.  Created and recorded some songs for them.  Most of the lyrics I created on that old Olivetti manual typewriters at J.Walter Thompson while working as a copywriter/sideline jingle tunesmith for the agency.   Nonoy Tan and I collaborated on the hit song, “Pag Tumatagal…Tumitibay”.  Just one classic album for the group and then I migrated to Canada.”