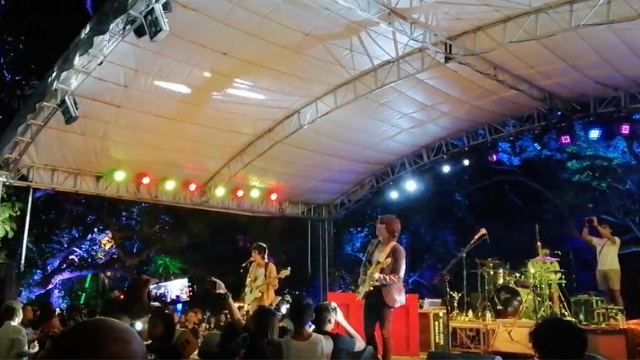 PUERTO GALERA, Philippines – IV of Spades performed for the first time at the Malasimbo Festival on March 2, bringing the live stage to life with a set that included songs from their new album, as well as old favorites.

The band put an island twist to their signature disco-funk sound, matching the vibe of the festival’s venue in a private jungle near Puerto Galera’s famous White Beach. And while most of the set had people dancing around, the band slowed it down with a performance of arguably their most popular song, “Mundo.”

Needless to say, the Malasimbo version of the song had everyone swooning.

IV of Spades performed on the second day of the Malasimbo Festival, along with other local and foreign acts including Extrapolation, Ian Lofamia Band, Anomalie, and Ruby Ibarra.

The 9th Malasimbo Festival ran from March 1 to 2 in Puerto Galera. – Rappler.com