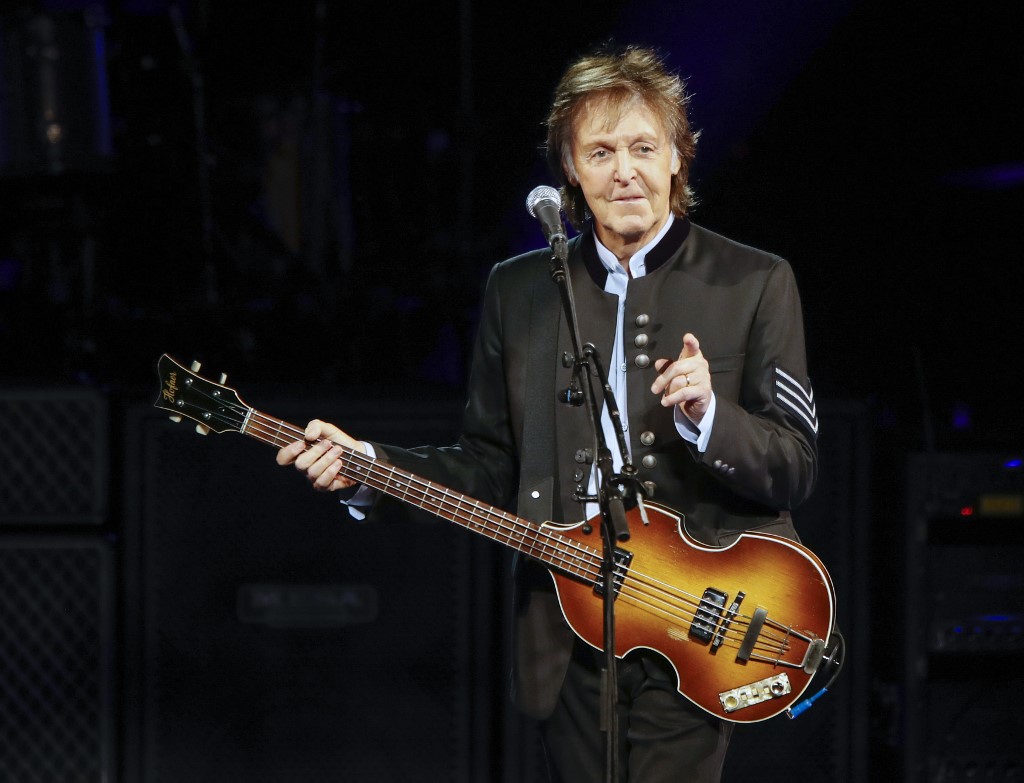 The former Beatles vocalist and bassist and one of pop music’s most prolific songwriters is taking Glastonbury’s Pyramid Stage on June 27 the last day of the event held in Somerset, England.

The announcement was made on Glastonbury Festival’s official Twitter account, and was retweeted by Paul, who said “Hey Glasto – excited to be part of your Anniversary celebratins. See ya next summer!”

Hey Glasto – excited to be part of your Anniversary celebrations. See ya next summer! https://t.co/31yA40Eb4d

Meanwhile, festival co-organizer Emily Eavis said having the music legend back on the Glastonbury stage “is an absolute dream come true.”

“There really was no one that we wanted more for the 50th anniversary.”

IT’S REAL!! So excited.. Having Paul McCartney coming back to headline the Pyramid next year is an absolute dream come true. There really was no one that we wanted more for the 50th anniversary @ Glastonbury Festival https://t.co/soNWgJqoLU

Sir Paul last played on the Glastonbury stage in 2004 – performing a set that ran for over two hours, with songs that included The Beatles’ and Wings’ greatest hits.

He is the first headliner to be announced for Glastonbury 2020. The Supremes lead singer Diana Ross will also be performing for the festival’s “legends” set on June 28. – Rappler.com