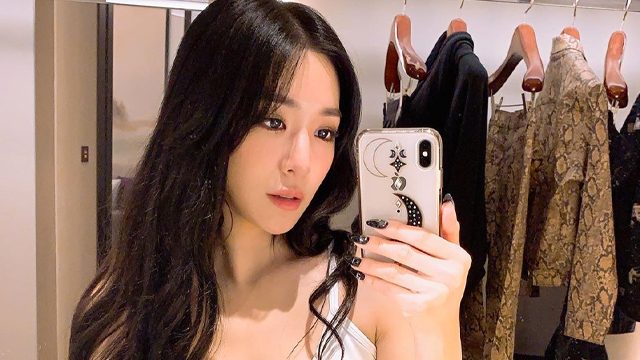 MANILA, Philippines – Tiffany Young, who was one of the main vocalists of Girls’ Generation and is one of the most successful Korean solo artists in the US today, is coming to Manila for her first-ever fan meeting happening on Saturday, January 25.

Having been part of Girls’ Generation for almost 10 years and releasing popular songs such as “Gee,” “Genie,” and “I Got a Boy,” Tiffany has definitely solidified herself as an artist and managed to create a solid fan base locally and internationally.

Tiffany also made cameo appearances in Korean television series such as Unstoppable Marriage (2007), and The Producers (2015), and the movie My Brilliant Self (2014).

Aside from being an idol, Tiffany also delved into musical theater productions, starring as Carmen Diaz in Fame (2011-2012).

Tiffany has always been vocal about her desire to discover her own identity as a solo artist. In May 2016, Tiffany became the second member of Girls’ Generation to release her solo album titled I Just Wanna Dance, which was met with favorable reviews both in the Korean and international music scene.

In October 2017, Tiffany, alongside fellow members Seohyun and Sooyoung, made a decision not to renew their contract with their Korean music label. However, they expressed that this does not signify the end of their group. Rather, they took it as an opportunity to focus on their solo careers.

Determined to pursue her dreams, Tiffany moved back to Los Angeles, California, signed with a new music label, and released chart-topping songs such as “Teach You,” “Magnetic Moon,” and “Lips on Lips.”

Tiffany’s EP Lips on Lips debuted at No. 9 on Billboard’s Heatseekers Albums chart and landed at No. 30 on the Independent Albums chart. She also made her debut as a solo artist in the 2019 iHeartRadio Music Awards and won the Best Solo Breakout Award.

Tickets for the meet and greet are available through TicketNet outlets and TicketNet’s official website.

The prices are as follows:

MVP
Send off (P13,250)
Souvenir card
Official poster
A chance to win one of 50 posters signed by Tiffany Young

VIP A (P9,010)
Souvenir card
Official poster
A chance to win one of 30 posters signed by Tiffany Young

VIP B (P5,830)
Souvenir card
Official poster
A chance to win one of 5 posters signed by Tiffany Young