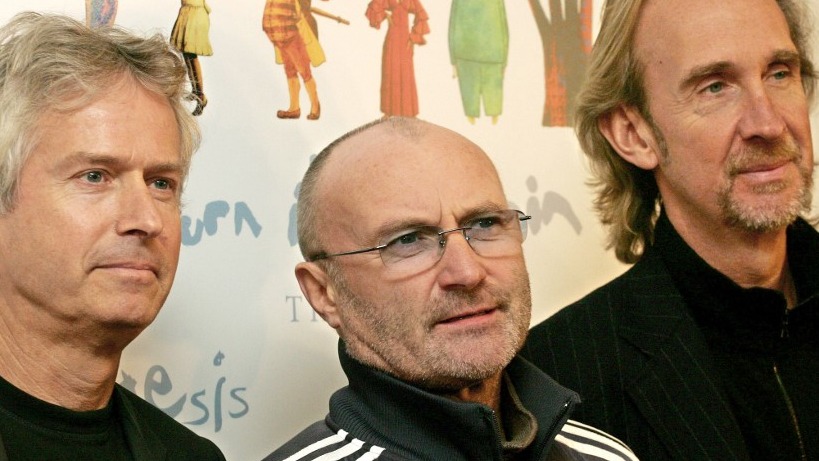 LONDON, United Kingdom – British rock band Genesis, known for hits such as “Land of Confusion” and “I Can’t Dance”, announced plans Wednesday, March 4 for their first tour in 13 years.

Phil Collins, the lead singer and drummer who went on to have a successful solo career, will join guitarist Mike Rutherford and keyboard player Tony Banks for the UK tour dubbed The Last Domino?

The trio, all aged 69, will be joined by Collins’ son Nicholas, 18, who will take over from his father on drums, and longtime sideman Daryl Stuermer on guitar and bass.

Appearing with Rutherford and Banks on BBC radio, Collins said they would be playing a mix of big hits and some of their older songs.

“There are songs that you feel you have to play because the audience, you know, will feel cheated if you didn’t,” he said.

“And then it’s a question of putting the rest of the stuff together from songs that maybe we haven’t played for a long time.”

Genesis has sold more than 100 million albums since its formation in 1966 by school friends Banks and Rutherford together with Peter Gabriel, who left in 1975.

He was replaced on vocals by drummer Collins, who himself left in 1996 to go it alone.

Tickets for the tour go on sale on Friday, March 6, with 8 UK dates so far listed on their website in November and December. – Rappler.com