Q&A: The Filharmonic on ‘Pitch Perfect 2,’ being Pinoy, and YouTube fame 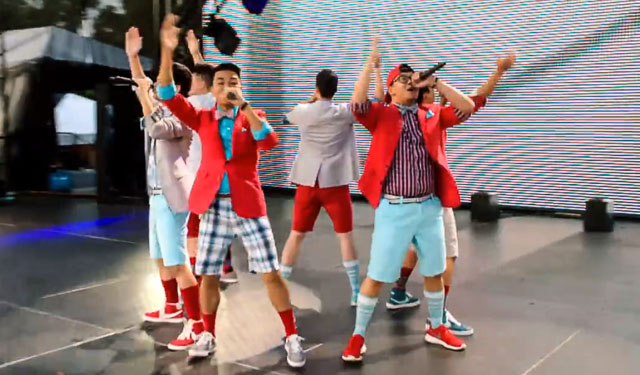 MANILA, Philippines – They landed a role in the upcoming Pitch Perfect 2, and are on the cusp of the next levels of their careers. 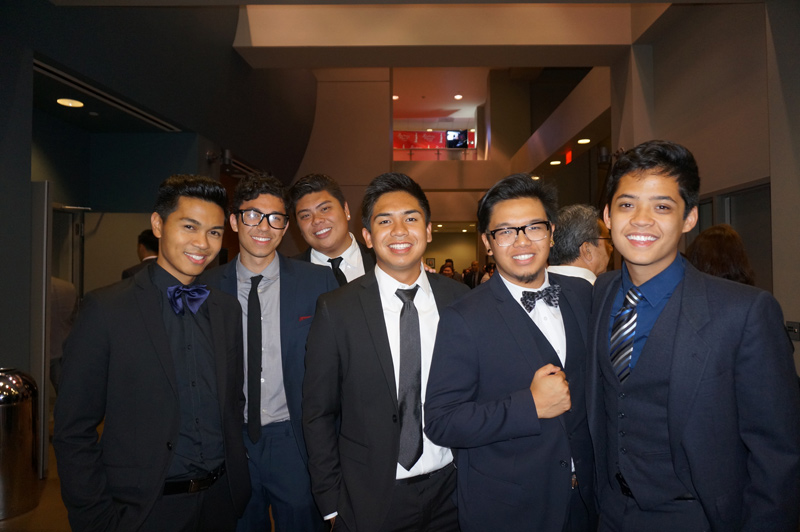 The boys of The Filharmonic, a Fil-Am all-male a cappella group, are known for a sound described in their website as “urbanesque hip hop sound with 90’s nostalgia.” The group was first created specifically for the fourth season of a cappella singing competition The Sing-Off. 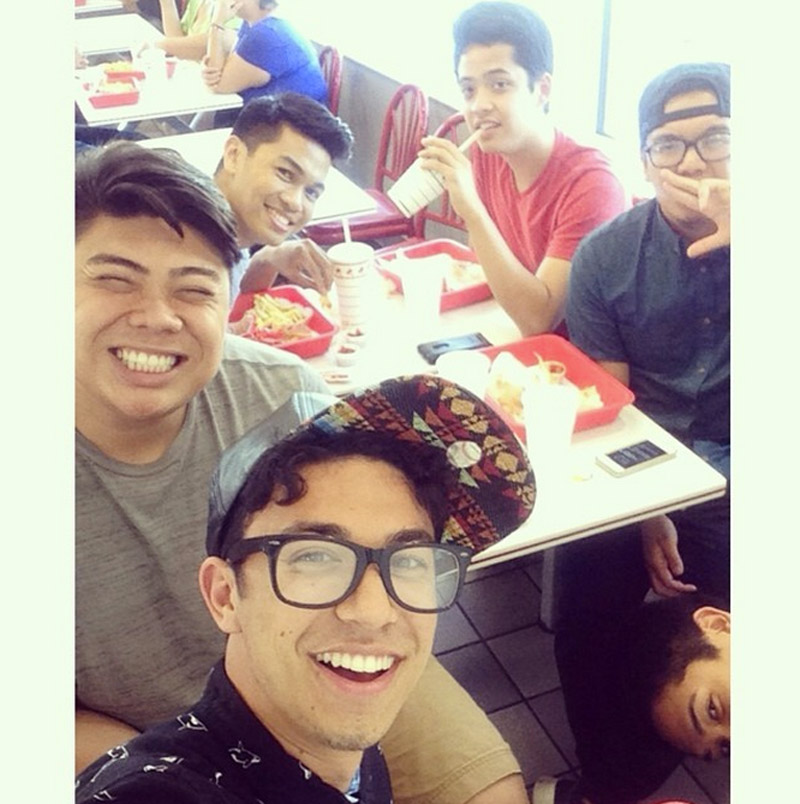 Covers of their songs like Pharrell’s “Happy,” Ariana Grande’s “The Way,” and John Legend’s “All of Me” have done well on YouTube, and they were also recently part of the Sing-Off tour with other members of the show’s cast. They’ve also released a self-titled EP, sold on their website.

As their name suggests, they are proud of being Pinoy. On their individual profiles in their website, they list where in the Philippines their parents are from, varying from Manila to Southern Leyte, to Bataan.

“Being Filipino means so much to me, and it’s influenced our lives in so many different ways,” said Jules Cruz in their Sing-Off introductory video. 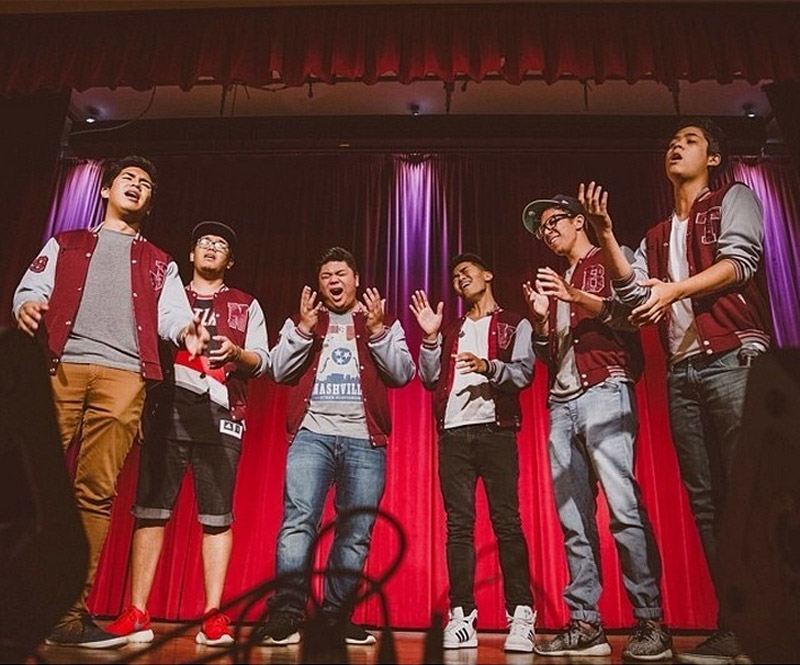 “…Most of us are first generation Filipino-Americans. Our parents worked hard to get to America, and we still have that hard work mindset instilled in us,” said Joe during the competition.

Last June, they performed at the Rebuild Philippines concert for the benefit of victims of typhoon Yolanda (Haiyan), along with stars like Apl.de.Ap, will.i.am, Taboo, AJ Rafael, and the Jabbawockeez. They’ve also recently performed at the Binibining Pilipinas USA pageant.

All this, quite early on into their careers individually and as a group. Ranging in age from 21 (Barry) to 27 (VJ), their appearance in Pitch Perfect 2 as the group Manila Envy, like a perfect a cappella song, could not have been better timed. The film and its stars – exuberant, youthful, and all talented (even the leads do their own singing) are a match. 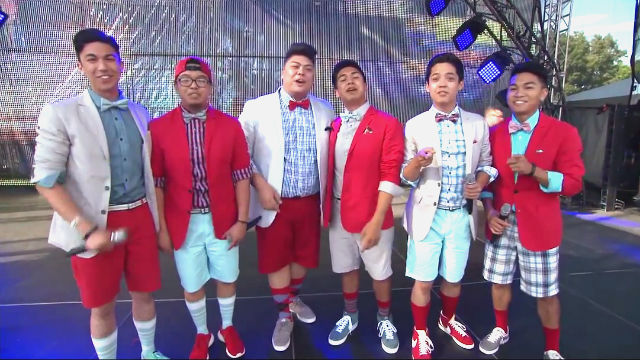 The Filharmonic even had a riff-off with Anna Kendrick and James Corden on The Late Late Show with James Corden. Watch the video below:

Here’s what the guys had to say about their role, their own brand of music, and being Pinoy:

Tell us how you guys got together as a group. Did you know each other originally?

Jules: We formed the group specifically to compete for the TV show. Joe, Niko, and I (Jules) had all been a part of the Mt. San Antonio College music program together.

I’ve known Barry since we sang together in middle school, so I gave him a call and asked him to join. We knew Trace and VJ from the SoCal a cappella and vocal jazz scene.

Tell us more about your experience on The Sing-Off.

Trace: It was incredible. Coming in as a new group, we had to hit the ground running and figure out our sound as fast as we could. It was a ton of work – basically 7am to 11pm, non-stop for 6 weeks.

But we had so much fun, met a ton of new friends, and took so much away from the whole experience.

For me personally, my most memorable moment was right after we sang the last chord of our first song, “Treasure.” That was our first public performance as a group. It was unreal going from behind practice room doors, to performing for the largest platform an a cappella group could ever dream of.

When the crowd hooped and hollered at the end, that’s when I realized that all of our hard work was going to pay off, and this group could actually go somewhere.

Now, on to Pitch Perfect 2. What kind of role did you guys play?

Joe: We can’t say too much about our roles in the movie, but we will be one of the groups competing against the Bellas.

We are all really excited to meet Rebel Wilson, Anna Kendrick and Brittany Snow. They were my favorite Bellas!

What do you think differentiates your sound from that of other a cappella groups?

Jules: I think our sound differs from other groups because we try to incorporate smoother vocal styles with newer pop songs.

The tendency of a lot of a cappella groups is to aim for an electronic sound since the a cappella group Pentatonix is finding so much success. In contrast, we’ve sort of found our niche to be more of an R&B/jazz feel incorporated into top 40 hits.

You do a lot of covers, but are you guys looking into making original music, too?

VJ: We definitely see ourselves making an album in the near future that will have both originals and covers.

Eventually we want to create original music that we as artists embody and that our listeners would love hearing.

Niko: Being an American-Filipino “Pinoy” is a hard identity to balance out. We are not only trying to portray our natural birthright culture of America but we’re also trying to inherit the culture of our ancestors in a predominantly American society.

Being that all of us in the group are first-generation Filipinos, we don’t have the innate ability to speak fluent Tagalog, however growing up in Filipino households, we do understand the language and can even put together elementary-level phrases if needed to.

As far as customs observed goes, aside from singing with the magic mic my family personally practices the formal dress wear for special events by wearing traditional dresses and barongs.

VJ: Not to mention Filipino food! That’s what we typically eat in our household.

My dad makes the best adobo, arroz caldo, pancit– the list goes on and on!

Barry: There are many YouTube stars that we look up to which include people like Pentatonix,  AJ Rafael, Tori Kelly, JR Aquino, Jeremy Passion, Jessica Sanchez, Andre Garcia and Christina Grimmie. Hopefully we will get the chance to do collaborations with a few of them.

Watch a snippet from an upcoming collaboration with Fil-Am singer AJ Rafael here:

What song will you guys be covering next? Who would you like to work with in the future?

Niko: Our next YouTube cover will be a British chart topper, “Rather Be” by Clean Bandit ft. Jess Glynne, which is a fun and energetic song that we’re excited for our #Filharmaniacs to hear!

My personal dream collaboration would be to perform with Justin Timberlake, he started in the boyband scene and has flourished into an amazing talented artist who is not only an amazing singer but a very praised performer as well.

To be able to perform with him and to see all the detail that goes into his craft would be a dream come true and an invaluable life lesson to help us perfect our craft.