Michael Bublé to perform in Manila in 2015 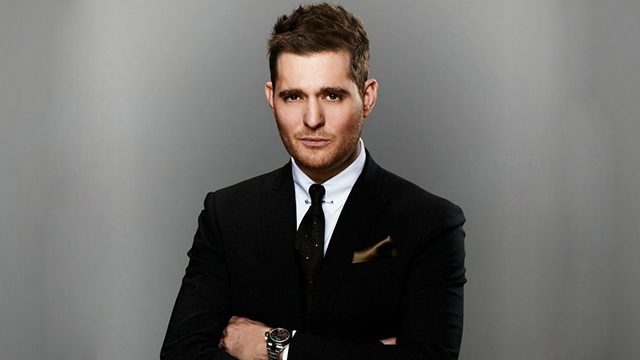 MANILA, Philippines– Four–time Grammy award winner and Canadian superstar Michael Bublé is set to return to Manila on January 31, 2015 as part of his world tour. He will perform at the Mall of Asia Arena.

The Canadian singer, who rose to fame with his cover versions of “Sway,” “Feeling Good,” and the original “Home,” all hits worldwide, is raring to perform for his Filipino fans, 10 years since his last concert in the country.

Aside from his popular songs from his past albums, Michael will perform music from his 2013 album, To Be Loved.

The album features the hit single “It’s A Beautiful Day” – co-written by Michael – plus his interpretations of the Bee Gees’ “To Love Somebody,” Elvis Presley’s “Have I Told You Lately That I Love You?” and Randy Newman’s “You’ve Got A Friend In Me”.  Also included in the album is his version of “Something Stupid,” with actress Reese Witherspoon.

Despite his worldwide recognition, Michael said that he continues to improve himself by doing better albums and shows. In a press release, he said he does not take anything for granted.

“Do not think I take my success these last 10 years for granted. I was anything but an overnight sensation, which inspires me to deliver big time for my fans – maybe even make some new ones this time out.

“Trust me, there’s no sitting back, no phoning in for me,” he said.