On new album, Eminem gets reflective in his aggression 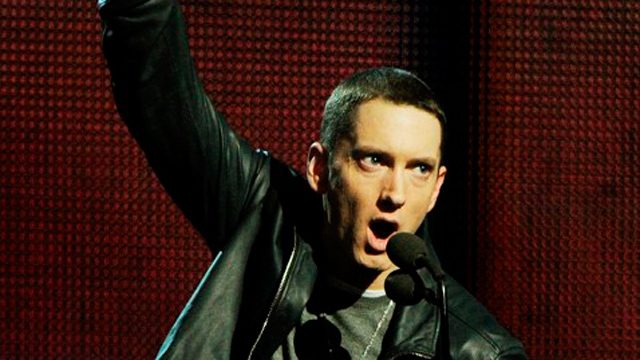 NEW YORK, USA – Eminem is provoking more outrage on a new album in which he threatens female stars, but this time the self-styled Rap God also waxes philosophical on the reasons for his aggression.

A compilation album, Shady XV has one disc worth of new material from Eminem and other musicians on his Shady Records, with a second disc featuring hits from the label’s 15 years.

Eminem – or at least his musical character – imagines attacking singer Lana Del Rey as he alludes to one of the notorious recent incidents of violence against women, American football star Ray Rice’s beating of his girlfriend which was caught on a surveillance camera. On the track “Vegas,” against a backdrop of guitar riffs, Eminem speaks of raping another rising female star, Australian hip-hop artist Iggy Azalea: “Put that shit away, Iggy / You don’t want to blow that rape whistle on me.”

The lyrics drew widespread outrage on social media, with many saying such blatant misogyny was unacceptable, even for a rapper who frequently explains he is performing in the voice of the character “Slim Shady.”

Azalea belittled the 42-year-old Eminem on Twitter, writing that she was “bored of the old men threatening young women as entertainment trend.”

The 24-year-old tweeted that the lyrics were “especially a(w)kward because my 14 year old brother is the biggest eminem fan and now the artist he admired says he wants to rape me. nice!”

‘It’s too late to start over’

The harsh lyrics mark the latest twist for Eminem, who has swung between unbridled aggression to contemplative reconciliation throughout his career.

Most famously, the Detroit rapper has had a complicated, to say the least, relationship with his mother. He fantasized about violence against her on 2000’s The Marshall Mathers LP before apologizing to her in song.

Similarly, Eminem has distanced himself from his songs’ earlier homophobia but on his latest full-fledged album, last year’s The Marshall Mathers LP 2, returned to using the word “faggot,” calling it a generic insult rather than an anti-gay slur.

On “Shady XV,” Eminem again employs his narrative technique of dialogues with himself or his alter ego and becomes philosophical about his legacy.

On “Guts Over Fear,” Eminem demonstrates his prowess as one of the quickest-fire rappers as he muses about himself, “It’s too late to start over.”

“The media made me the equivalent of a modern-day Genghis Khan / Tried to argue, it was only entertainment, dog,” Eminem said of the criticism early in his career.

But Eminem also bemoans critiques that he has gone soft as he explains why he has gone back to his earlier incarnation. “So, to the break of dawn, here I go recycling the same old song,” he raps.

Eminem also offers what could be an apology to Lana Del Rey and Iggy Azalea — or at least an explanation for himself.

“It just breaks my heart to look at all the pain I caused,” he raps. “But what am I gonna do when the rage is gone?” – Rappler.com