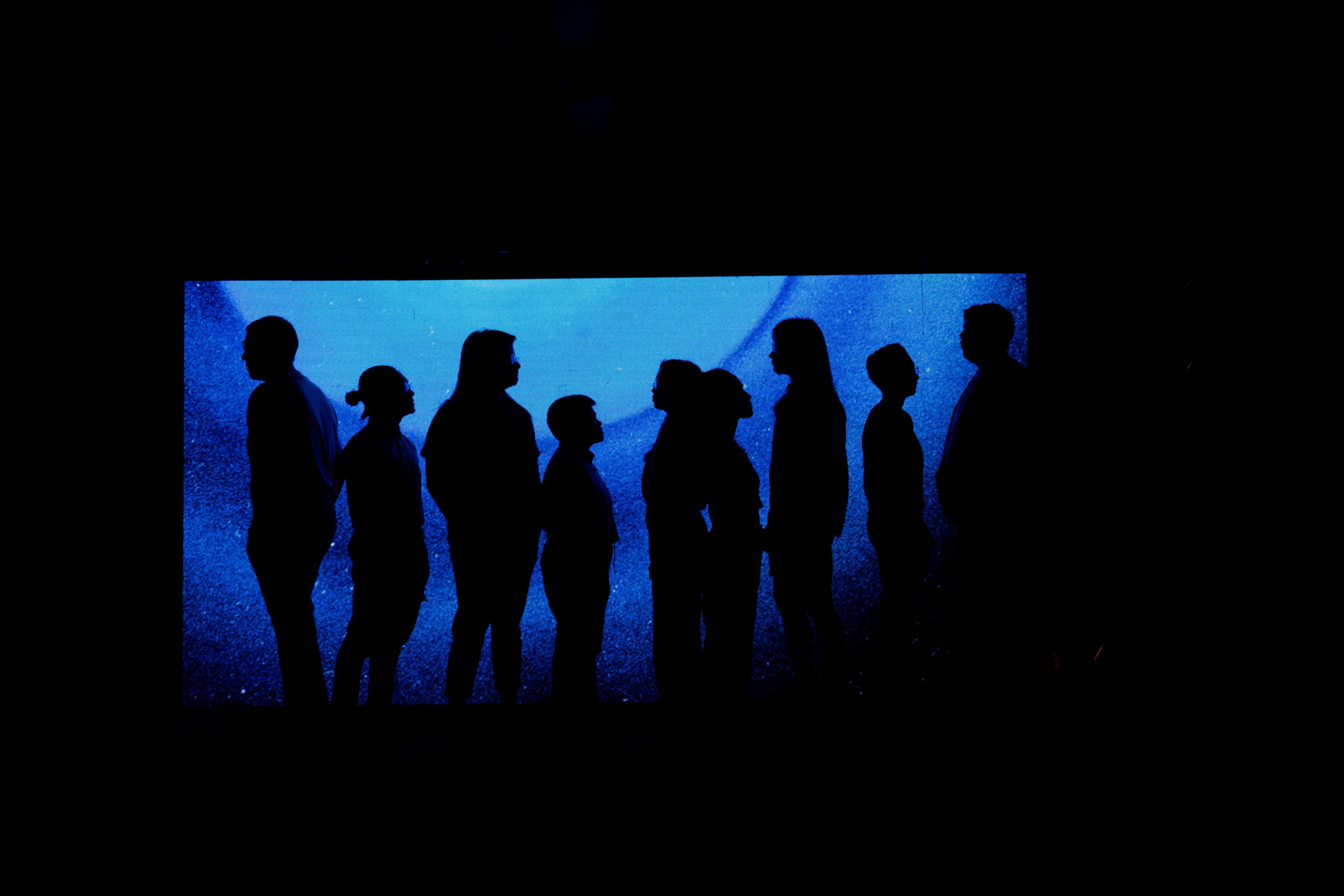 Ben&Ben released their latest single, “‘Di Ka Sayang” early on Friday, November 6, marking a new era for the 9-piece band and their music.

The song introduces listeners to a sound that’s markedly different from the folksy, acoustic love anthems the band is known for. “‘Di Ka Sayang” has a stronger rock feel with powerful guitars and bold percussions. At the same time, it carries the band’s trademark lyricism: at once emotionally-charged and empowering.

Guitarist and vocalist Paolo Benjamin shared that the song was inspired by a conversation he had with his brother and co-songwriter and vocalist Miguel Benjamin at a hotel room during one of their out-of-town shows in 2019.

“Migs and I were having a conversation on our career choices and how hard it was to fight for who we really are and what we want to do in life, amidst societal and family expectations,” he said.

“A year later, we decided to release it, at a time where we feel it is most timely, with everything tough going on, and with many of our dreams being crushed by the pandemic and other circumstances,” he said.

The song was written by Paolo and Miguel, and produced by Jean Paul Verona along with lead guitarist Poch Barretto, percussionist Toni Muñoz, keyboardist Pat Lasaten, and violinist Keifer Cabugao.

Pat shared that the arrangement and production of the song was a challenge to explore their creativity in terms of lyrics and musicality.

“Our goal from the start is to create a vibe and sound like no other song of ours before: one that would immerse the listener into the message of the song, and into a mood that we wanted the message to be experienced in,” she said.

Miguel added: “We’ve also been exploring new soundscapes and writing about themes other than love and heartbreak, and we’ve been having a lot of fun in the process. Liwanag [their fan base], and everyone who listens to us can expect more of these things to be shared to anyone who is willing to listen.”