With 23 world records to their name, it comes as no surprise that BTS members were welcomed into the Guinness World Records 2022 Hall of Fame on Thursday, September 2.

The K-pop superstars hold the records for most viewed YouTube music video in 24 hours, most streamed act on Spotify, most followed music group on Instagram, and most weeks at No. 1 on Billboard’s digital song sales chart, to name some. 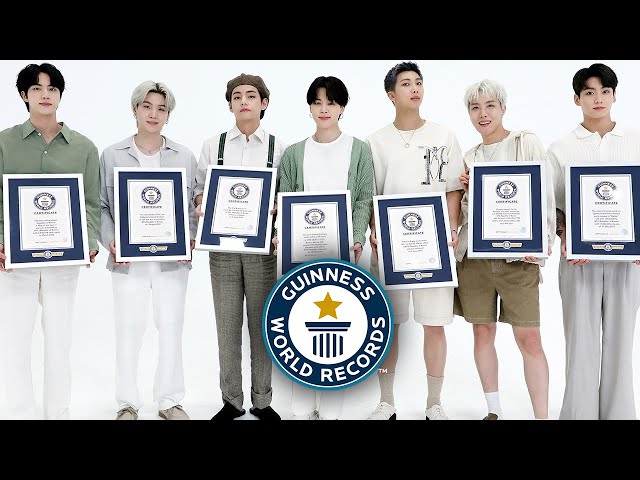 Many of BTS’s records come from their 2021 hit single “Butter,” which recently topped Billboard’s Songs of the Summer chart.

“Despite their young age, Jin, Suga, J-Hope, RM, Jimin, V, and Jungkook have left a mark in the present cultural landscape, breaking free from the limitations of their home market and of a language, South Korean, that remains widely unknown to the international public,” the Guinness World Records said.

BTS is made up of Jin, Suga, J-Hope, RM, Jimin, V, and Jungkook. They were formed in 2010 and debuted in 2013, with their single album 2 Cool 4 Skool. Since then, the group has (clearly) become one of the most influential K-pop acts, winning over fans from all over the world.

Aside from their world records, the group has made history by becoming the first Korean group to top the US Billboard 200 chart in 2018 with their album Love Yourself: Tear. They also became the first K-pop act to get nominated for a Grammy Award when their first all-English single “Dynamite” got a nod under the Best Pop Duo/Group performance category.

Beyond music, the group has also spoken at the United Nations General Assembly twice – in 2018 and 2020 – and is set to attend this year’s assembly in September after being appointed by South Korean President Moon Jae-in as special presidential envoy for future generations and culture. – Rappler.com