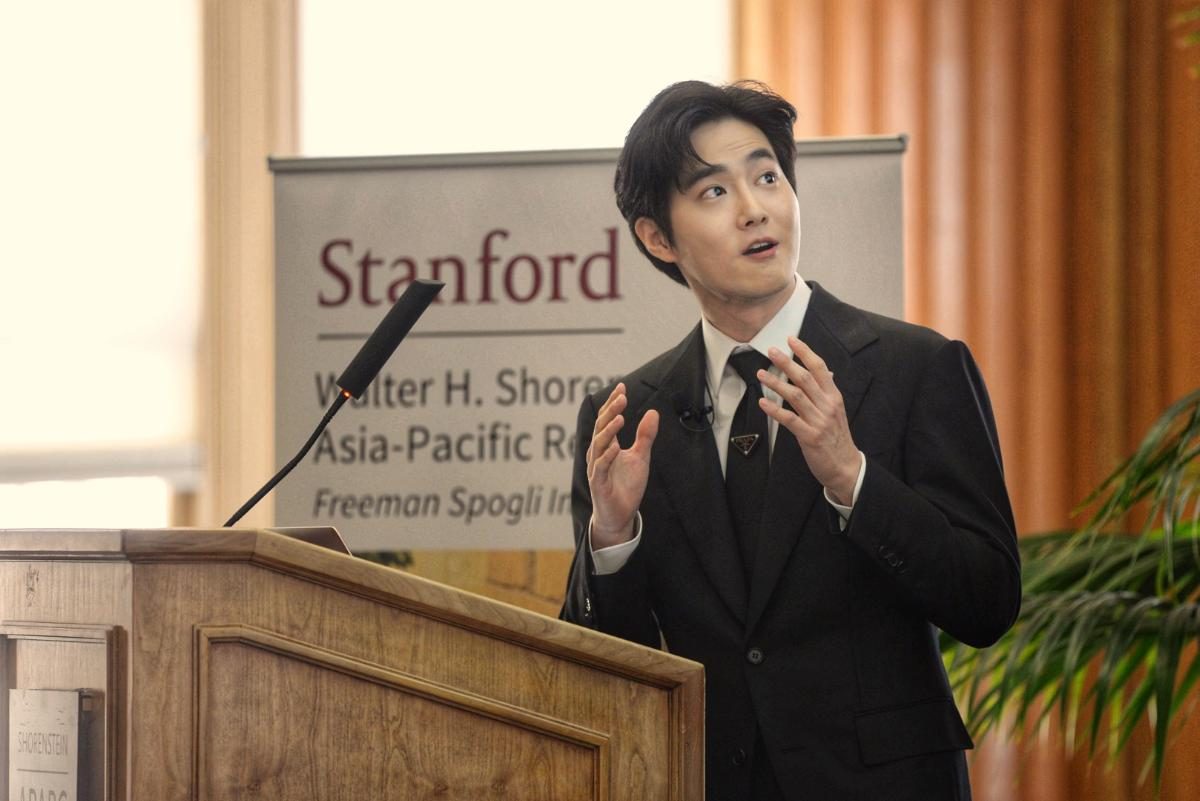 MANILA, Philippines – EXO’s leader Suho spoke about the power of hallyu as he gave a presentation at Stanford University’s Shorenstein Asia-Pacific Research Center (APARC) on Friday, May 20.

Hallyu, meaning “Korean wave,” refers to the popularity of South Korean culture across the world, driven largely by the pull of K-pop.

“Today, I am here as the guardian of EXO and K-pop,” Suho said at the start of his speech, referring to the meaning of his stage name.

He went on to talk about his experience as a K-pop artist, performing in 133 shows in 76 cities around the world.

“Every single time we perform it hits me: Hallyu has no borders,” he said.

“Every time I witness such a scene, I thought to myself, so this is hallyu. Do I feel the power of hallyu only on stage? No. I feel it every day,” he continued.

He shared that he watches dance covers of their songs every day on Tiktok and Youtube. For him, these videos prove that hallyu is not just meant to be seen, but to be shared, enjoyed, and participated in by people.

According to Suho, the level of detail that goes into these dance covers – with fans copying not only dance moves but even hairstyles, clothing, and facial expressions – points to his social responsibility as a K-pop artist.

“On stage or even off stage, things I do or even words I say has an impact,” he said.

The bond between fans and artists is what puts K-pop at the center of hallyu, Suho said.

“Not just EXO, but all K-pop artists make extra efforts to communicate with their fans continuously. We communicate with live video calls with Korean and foreign fans. We try to share stories with our fans all to become a team. These experiences eventually create a strong bond between me and the fans,” he said.

“I believe this sense of community connected K-pop artists and K-pop fans together into a strong bonded team,” he said.

He then explained that many fans learn Korean, visit Korea, or take a deeper interest in Korean culture because they follow EXO.

“I will stress that hallyu no longer stops at one specific art form. We are witnessing its expansion into our society in every angle: music, dramas, movies, food, education, and more. K-culture is more than a passing trend. It’s a global phenomenon that will continue to grow and evolve,” he said.

Suho was one of the panelists at the 20th anniversary program of Shorenstein APARC’s Korea program.