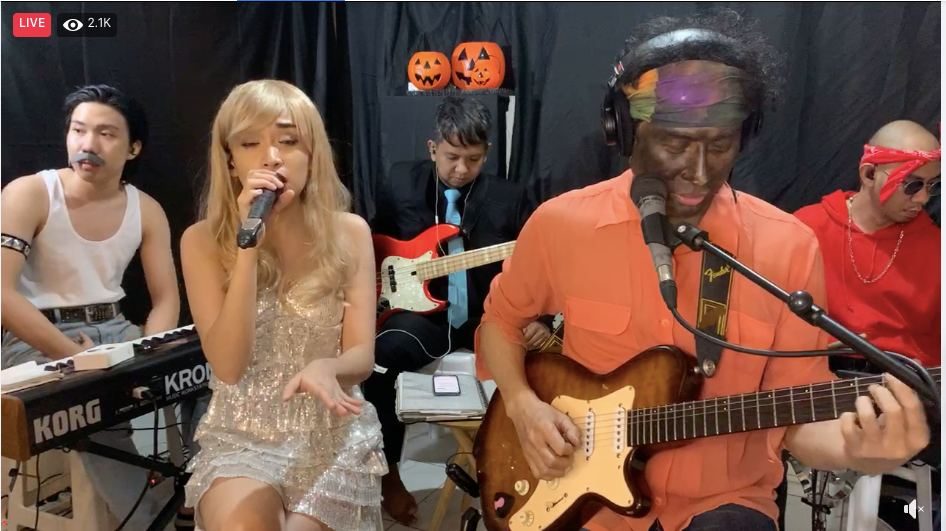 MYMP. The band performs in an online gig where guitarist Chin Alcantara is critcized for wearing blackface.

Facebook Twitter Copy URL
Copied
In a follow-up video, Alcantara insists that ‘all lives matter’ and that the Black Lives Matter movement is a propaganda

It’s a controversial halloween for acoustic band MYMP – whose band name means “make your mama proud” – which drew flak on social media after its guitarist Chin Alcantara performed in blackface for an online gig on October 30. 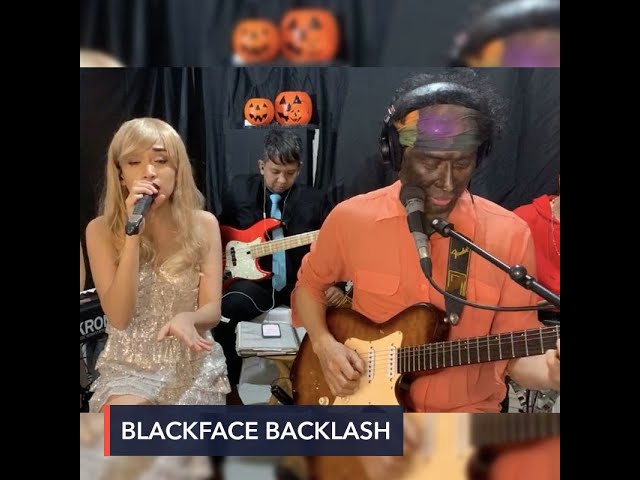 The gig, which streamed on Facebook and has since been deleted, showed the band members dressed up as their musical idols. Alcantara dressed up with a headscarf and brightly colored shirt, while putting dark makeup on his face.

Blackface is the practice of wearing makeup to darken one’s skin to look like a person of color, particularly a black person. The practice has a deeply racist history, and dates back to a time when white entertainers in the United States would portray derogatory black stereotypes by darkening their skin and exaggerating their features.

During the gig, the viewers pointed out how problematic blackface was, and urged Alcantara to educate himself on matters of race.

Black Lives Matter is a political movement that calls for justice for victims of systemic racism and police brutality, particularly in the United States. The movement began in 2013, following the death of 17-year-old Trayvon Martin, a black teenager who was shot and killed in his own neighborhood in Florida by Neighborhood Watch volunteer. That volunteer, George Zimmerman, was later acquitted of the crime.

In 2020, the movement grew after the death of George Floyd, a 46-year-old black man who was killed by police officer Derek Chauvin. The cop restrained Floyd with a knee to his neck after arresting him for a supposed counterfeit bill.

In a video posted on October 31, Alcantara said that the Black Lives Matter movement was propaganda as he defended himself from those who criticized his blackface.

As he removed this makeup, Alcantara explained that his costume was to impersonate rock icon Jimi Hendrix. Alcantara said people would not have understood the costume if he didn’t paint his face black.

He then went on to name all his black idols, from Jimi Hendrix, to Michael Jordan, to Kobe Bryant, before saying that the Black Lives Matter movement has been used to further certain parties’ political interests.

He went on to say that the more people mention race, the more they are promoting racism.

“In reality, walang maraming race. Isa lang ang race natin, ang human race (In reality, there are no different races, we just have one race, the human race),” he said. – Rappler.com