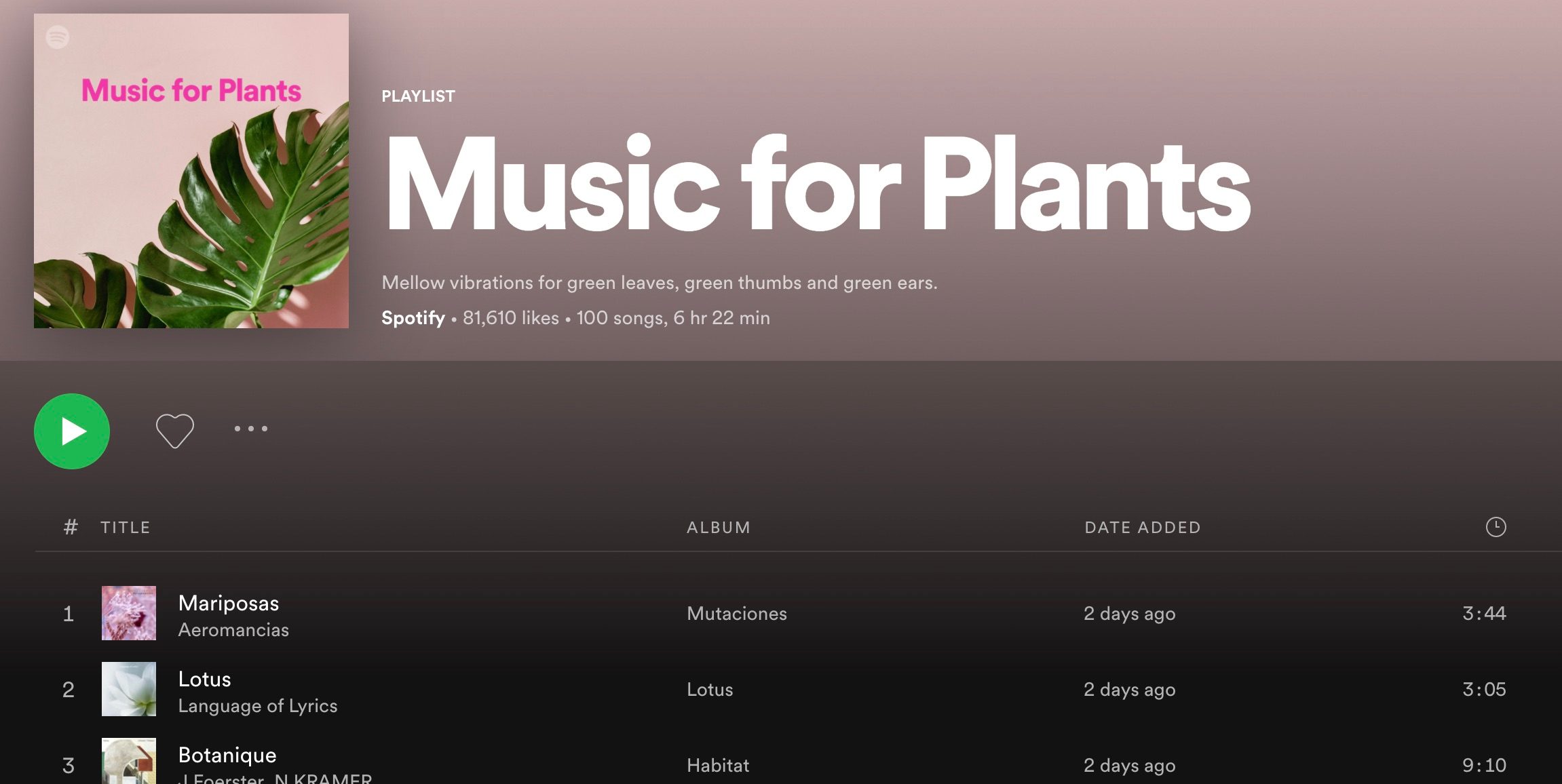 In truly millennial news, a playlist specifically curated for plants has seen a massive increase in streams over the past year.

According to Spotify, in the past 12 months streams for the playlist called “Music for Plants” rose to nearly 1,400%. The playlist includes 100 songs “carefully handpicked” to encourage growth – mostly mellow, piano-driven or lo-fi tracks coming from albums specifically created for plantcare. (READ: A black thumb’s guide to growing plants)

The platform also saw a 40% increase in streams for Mother Earth’s Plantasia, the 1976 cult album by Mort Garson composed specifically for plants but also seen as an early pioneer for electronic music.

While the science behind it is still being debated, the idea that plants thrive more with music has been a popular theory among plant-lovers for decades – and still holds some water today.

Apparently, some 12% of people around the world have tried using music to care for the plants in the past year, according to a survey done by Spotify and third-party research group YouGov. The survey gathered data from 28,762 people across 23 countries.

The survey also found that 21% of participants have been talking to their houseplants more, and that 28% feel that caring for their plant babies gives them more of a purpose in life.

Of those surveyed in the Philippines, 23% said that they bought more plants in the past 12 months because they spend more time at home during the pandemic, and 28% said that they have conversations with their plants.

In other plant-related data: Spotify counts over 2.9 million user-generated playlists related to plants and gardening, with some listeners even going so far as to create playlists for specific plants.

Check out Spotify’s “Music for Plants” playlist – for your plants or your own listening pleasure:

[OPINION] To dwell is to garden