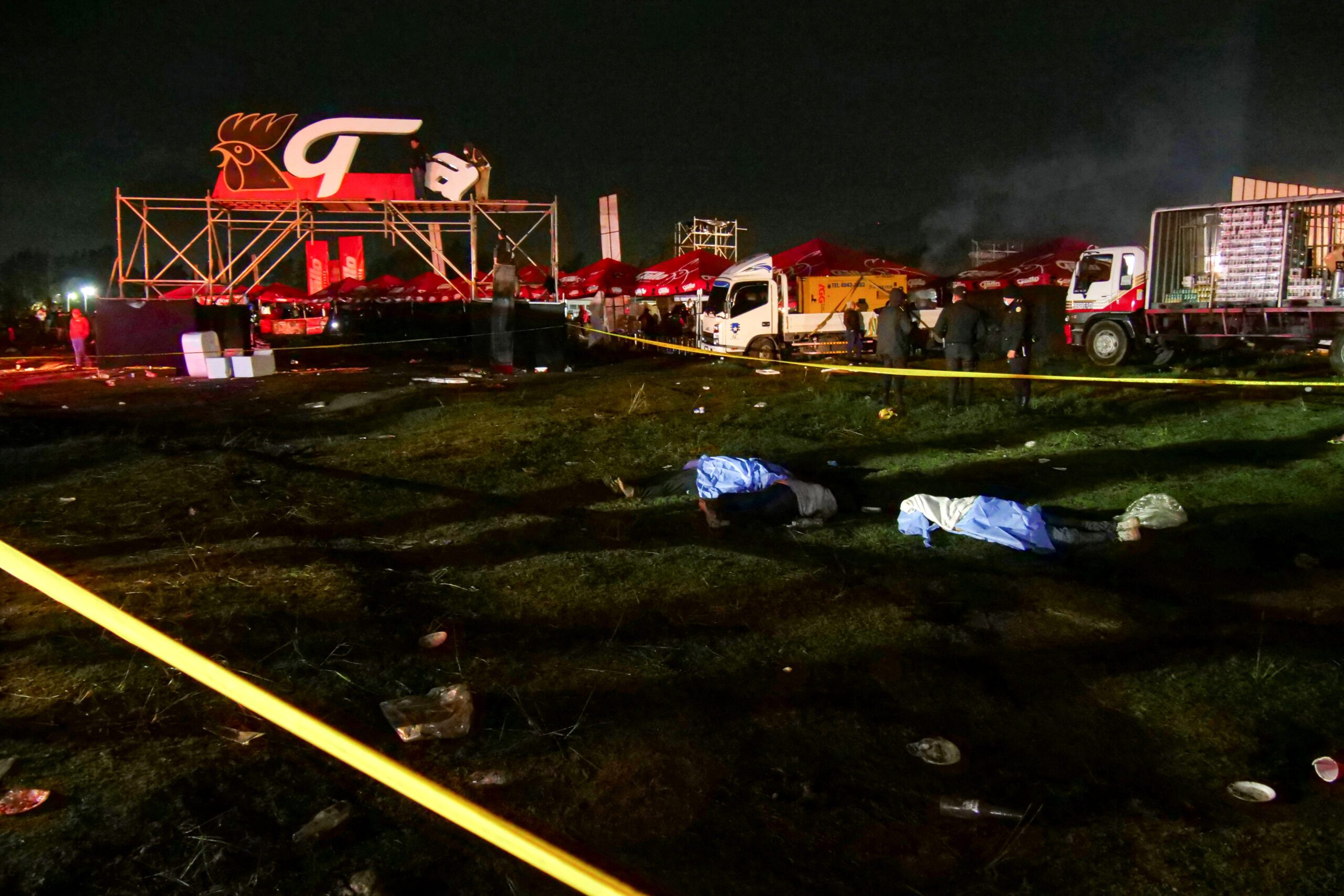 Police officers guard a scene following a stampede at a concert to commemorate the country's Independence Day that left people dead and injured, in Quetzaltenango, Guatemala September 15, 2022. NO RESALES. NO ARCHIVES

Facebook Twitter Copy URL
Copied
Six other people were also injured at the Guatemala outdoor music festival, after chaos ensued as everyone rushed to the exits

GUATEMALA CITY, Guatemala – At least nine people died, including two 12-year-old children, in a stampede at a large rock concert in the western Guatemalan city of Quetzaltenango, authorities and emergency services said on Thursday, September 15.

Six people were injured at the outdoor festival in the early hours of Thursday, according to Maria del Carmen Sajquim, spokesperson for Guatemala’s Western Regional Hospital.

The injured people were transferred to the hospital and were believed to have suffered fractures, local firefighters said earlier on Twitter.

Witnesses at the scene said the venue only had two exits and that chaos ensued as everyone rushed the exits.

Local media described the festival where more than 10 bands played as an annual event marking independence day in the Central American country.

The stampede is just one of the many deadly accidents at public events that Latin America has witnessed in recent years.

Four people in June were killed and about 70 injured when part of a stand collapsed at a bullring in the town of El Espinal, Colombia.

In one of region’s most tragic events, a 2004 fire at a Buenos Aires nightclub killed 194 people after a concert-goer set off a flare in the packed venue soon after the Callejeros rock band came on stage. – Rappler.com