Alice Who: On music made by two 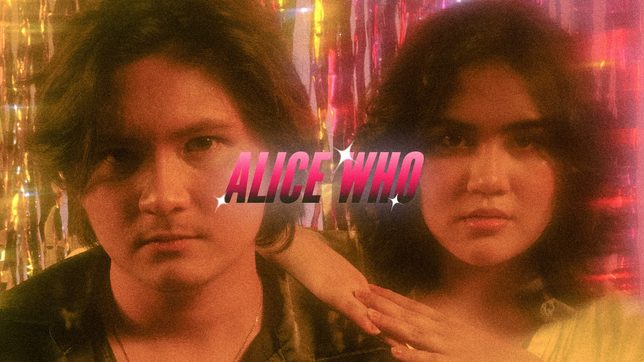 DUO. J Russ Rosello and Diane Tungol make music together as Alice Who.

Facebook Twitter Copy URL
Copied
Whether it’s a song about love or politics, this Cebuano duo makes it happen

Based in the heart of the Queen City of the South, Alice Who began as a collaboration between two soulful artists in a songwriting workshop.

At the time, both artists, strangers to each other, had experiences recorded in songs that had yet to be shared with other people. Fortunately, fate had a different plan.

Prior to all this, J Russ and Diane were veteran performers at gigs and events, covering songs from artists, and playing original songs for friends and family alike.

Both artists recall the night they met as one worth remembering.

“I met J Russ through the workshop and I was just shocked by the connection. It was quick. It was very natural and I didn’t even know the guy at the time,” said Diane

“For the workshop, we were supposed to find a partner and we had different partners in mind but those partners chose different people and we were just on opposite ends in the room. We kind of just looked at each other and it was like, okay yeah, this is the one,” said J Russ.

“So we did the collaboration and wow, this guy was just so talented. It started as two artists collaborating but eventually, the friendship just followed,” Diane added.

What followed after the workshop was a friendship that later manifested in a collection of songs in 2018.

As fast as the pair clicked, it wasn’t long until the wonder duo became an official band, and consequently, a name needed to be found.

“People would ask for our band name but we weren’t a band, it was just J Russ & DT. We [knew] it’s too long and difficult to remember and that’s when we realized we should make a name,” said Diane.

“We wanted to stick with the name theme, and something that would represent us and then we picked ‘Alice’ because our inuman (drinking) place was Alice Garden and since we had different musical backgrounds, we wanted to explore different genres so we kept it as a question so that’s when we added ‘Who,’” she added.

True to their name, both artists explain that when writing songs and defining their genre, the two are “unafraid to explore” and are usually “thematic”.

“It’s a bit hard to explain, to be honest, because Alice Who’s songs are very different. It’s like each song’s genre seems to really change and I think it’s because it’s a product of the style we make separately,” said J Russ.

According to the band, collaborations between both artists are never difficult.

“We always write together, we finish the writing of the song together. It’s always done together,” said Diane.

Looking forward, the band aspires to perform in more gigs and stages and wishes to thank all their fans that have stayed since 2017.

“I hope it makes everyone dance just as much as we bopped to it while in the process of creating Touch,” said Diane.

“We put a lot of love and effort into this song, and we can’t wait for you to hear it,” said J Russ.

Here’s a list of songs they’ve written through the years:

The single “Touch,” produced by local band Mandaue Nights, and released on June 30, is Alice Who’s most passionate and upbeat song.

Originally written and made by J Russ on GarageBand, Touch tells a very flirty and spicy story that would catch any listener off-guard.

“Touch was written in 2016, like two-thirds of the song before we met,” said J Russ.

“I showed her the unfinished and she added her lyrics and so it became this old school 70s to 80s disco dance track. It became one of our favorite songs to play,” he added.

Part of J Russ’s “vault,” 8th explores heartbreak, and in this song, Alice Who entertains a much more depressing tone than their usual upbeat songs.

“Everything in the lyrics, like every line, is a lie. You know like I’m happy, there’s nothing wrong, or I’m not broken-hearted at all, but then those are all just lies,” said J Russ.

According to the artist, the song was named 8th as a reference to the bible’s 8th commandment, which is “thou shalt not lie.”

During the time that it was written, Diane explained that the song “Oscar” was meant to be a metaphor for how politicians were “great actors.”

According to the band, this song was also dedicated to a certain politician in power that had been oppressing people for a long time.

Diane hopes that people would listen to this song and look back to the horrible things this certain politician has done against the public.

“Not to speak about them in a bad light, it’s more of like the struggles of parents not giving their kids more attention. It has a general theme but it could apply to any kid in the world,” said Diane.

“The pains of being that kind of a child,” she added.

‘Murder Was The Case‘

In this song, Alice Who takes heartbreak and marries it with revenge.

“This song is like the summary of being angsty for us,” said J Russ.

According to the band, the song was written with the theme/title first before the verses and chorus were made.

“That’s what we mean by thematic. We base it off themes or certain lines and then we try to write based off of certain portions,” concluded J Russ. – Rappler.com