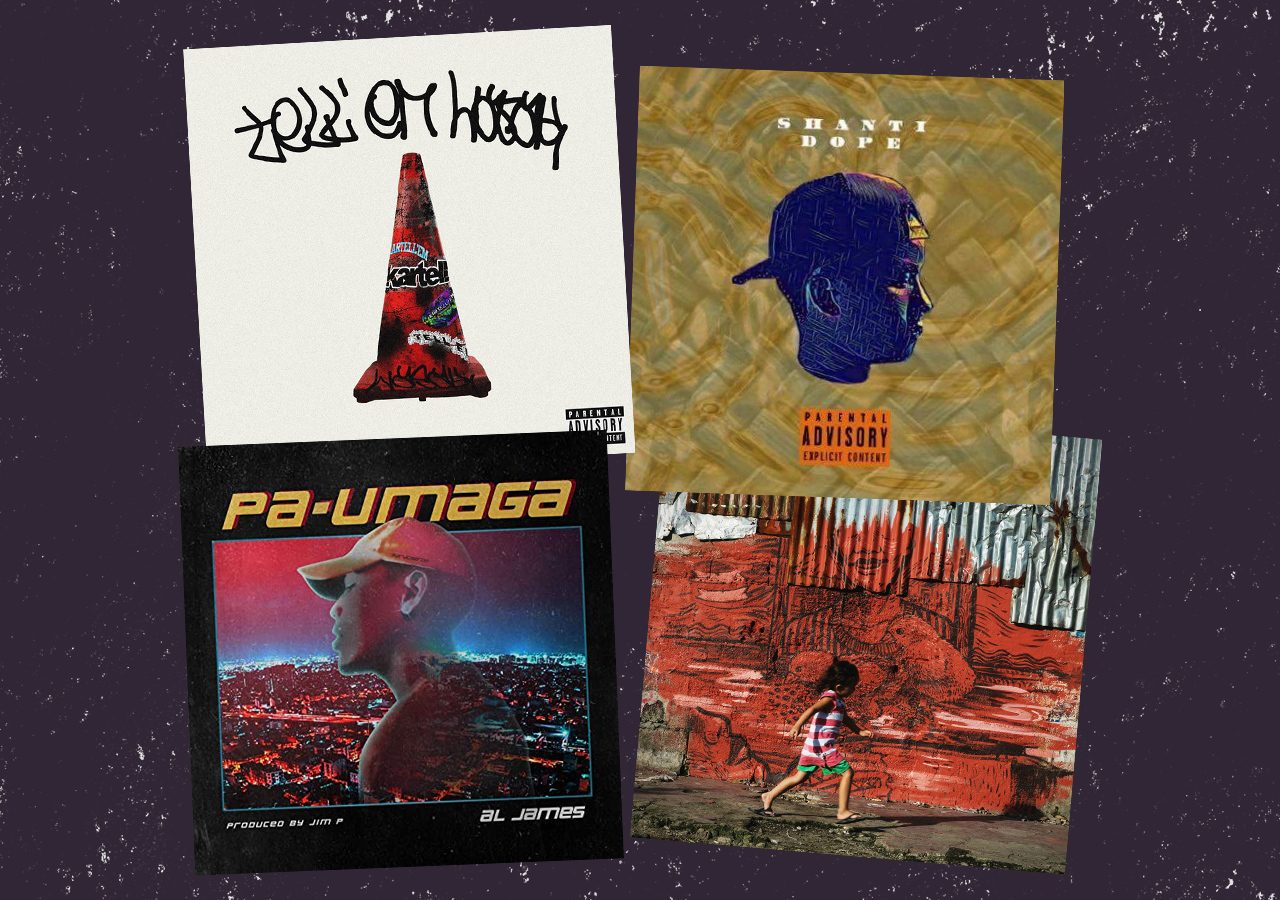 Facebook Twitter Copy URL
Copied
The genre is vast, diverse, and can serve as an authentic reflection of contemporary society in the country

There have been many terms to try and encapsulate the booming Filipino hip-hop scene, one of which is “kalye hip-hop,” which has its origins in a Spotify playlist that describes itself as “the very best of Filipino hip-hop.” The playlist has almost 800,000 likes on the platform and features some of the most popular rappers in the scene, such as Nik Makino, Al James, and Shanti Dope.

“People just call it the way they see it,” shares rapper and co-founder of Lightning In A Bottle (LIAB) Studios WAIIAN. Besides being a member of KARTELL’EM, one of the more popular rap collectives in the local scene, he co-founded independent hip-hop label LIAB Studios with COO Misha Salud in 2020. 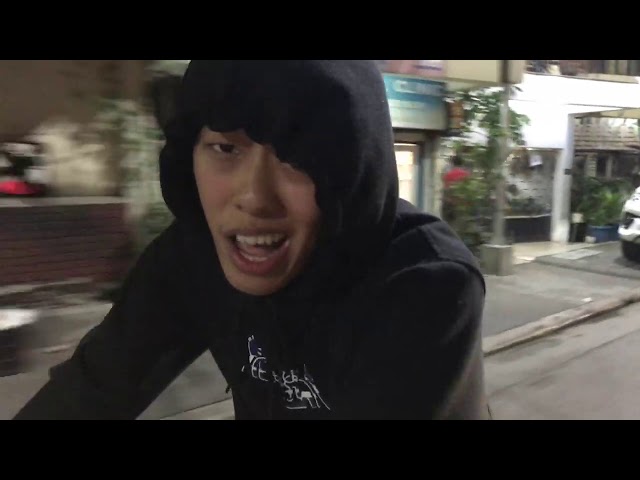 Some have called the term “kalye rap” reductive, as it may be perceived as limiting to the genre and its artists. However, Calix, another rapper signed under LIAB Studios, argues otherwise: “Para sa’kin, imbis na (For me, instead of) ‘reductive,’ [it’s] redundant.”

He and WAIIAN go on to share how people may see the term “kalye” as reductive because of what they may associate with the term (dirt and grime, etc.) but in reality, it’s a reference to how organic and, in a way, accessible, rapping is to everyone. Anyone can rap — from parking boys to kids from Alabang (who apparently say they come from “ALA,” pronounced ey-el-ay, like Los Angeles).

Dr. Lara Katrina Mendoza, a Development Studies professor who specializes in music and culture at the Ateneo de Manila University, posits that the rise of streaming services is one of the biggest factors that has contributed to the rise of Filipino hip-hop in the mainstream. “The digital mediation of culture has made it possible for subcultures to become mainstream.”

More than that, the digital era has paved the way for a blending of sounds and influences not just between hip-hop scenes in different countries, but between countries. “Hip-hop has become so global. Especially in the internet age, the lines are now blurred between specific sounds,” Calix says in mix of English and Filipino. He refers to how American hip-hop used to be defined by specific regional sounds and styles, but now, it’s less clear-cut. “You can hear New York stuff in Los Angeles.” 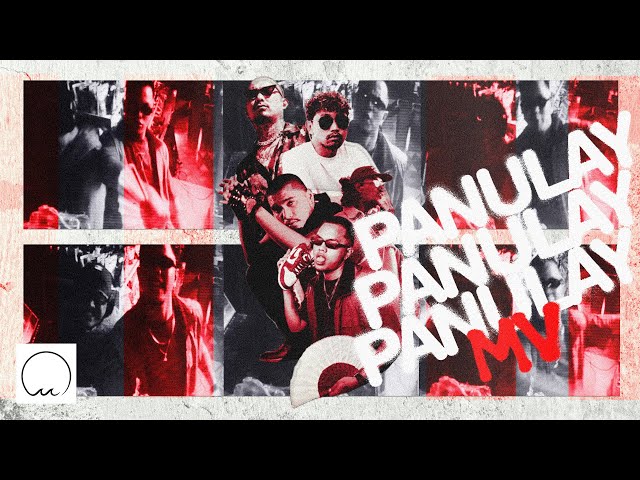 Filipino hip-hop is still mainly a subculture, but to Dr. Mendoza, it’s not a type of culture that melts into the backdrop. This is especially true with Filipino hip-hop, where a general sweep of the scene will tell you that Filipino hip-hop artists want you to hear them.

“Papansin siya (It’s attention-hungry)…. Everyone has something to say – but with hip-hop, they have something to say but they also want to be respected. They want to be listened to,” shares Dr. Mendoza. “[Filipino] hip-hop is kitsch, ma-bling, magarbo (gaudy). What people deride as gaudy and baduy reveals a gross misunderstanding of aesthetic choices that speak of identity and solidarity with other hip-hop heads. It is a way of life that is born of the streets, and in hip-hop, there is nothing wrong with that. Street Is Life. And hiphop celebrates that.”

To borrow from her words, Filipino hip-hop is gritty. It’s street. It encapsulates everyday experiences using beats and the subversion of beats. However, it should not be defined by just one sound. If you dive deeper into the Filipino hip-hop scene, you’ll discover that the genre is more than what breaks into the mainstream.

With hip-hop originating in the United States, it’s no surprise that the local genre is still heavily influenced by its Western counterpart. From boom-bap sounds to trap beats, whatever is prominent in the Western market is almost sure to make its appearance in the Philippines. If it’s drill, then the Philippines has rappers like YB Neet. For trap, you have Al James and his contemporaries. For classic boom-bap, you have groups like Morobeats. Despite Filipino hip-hop getting influences from the global hip-hop industry, what makes it unique is how the music is also influenced by different regions and the social conditions in the country. 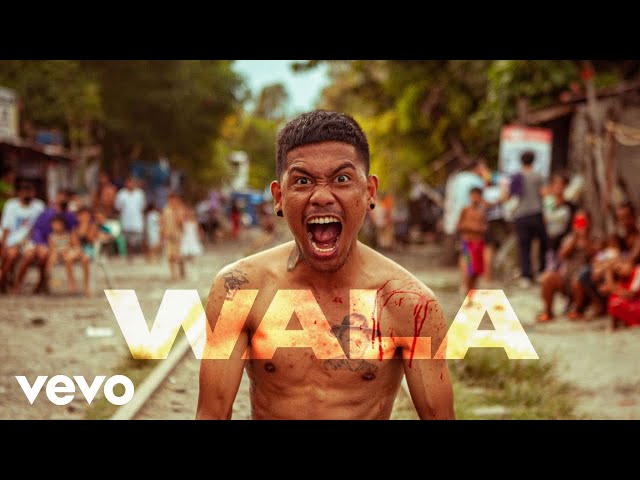 “’Pag pumunta ka sa Cavite, puro consciousness, Tagalog rap ang songs nila (When you go to Cavite, it’s all about consciousness; their songs are all in Tagalog),” shares WAIIAN. In contrast, if you hop just a few cities over to Alabang, their artists mainly rap in English.

“May flavors talaga ng conditions ng Pilipinas (You sense the different conditions across the Philippines).…We are telling our story in a way that only we can understand it,” WAIIAN and Calix say, finishing each other’s sentences. Beyond just gathering inspiration from what styles in hip-hop are currently trending, what remains is that Filipino hip-hop songs reflect the communities where the artists come from. “It depends on what the material conditions are.”

It is clear that hip-hop has its roots in class. Dr. Mendoza shares, “Usually, but not always, those who enter hip-hop are those who have experienced oppression or grew up in poverty…. ’Yung kalaban nila (Their rivals were fellow) [hip hop heads], mga alternative bands, mga fans of [Eraserheads]…. Because those who could buy instruments [could afford them]. Having a band was ‘middle-class.’” 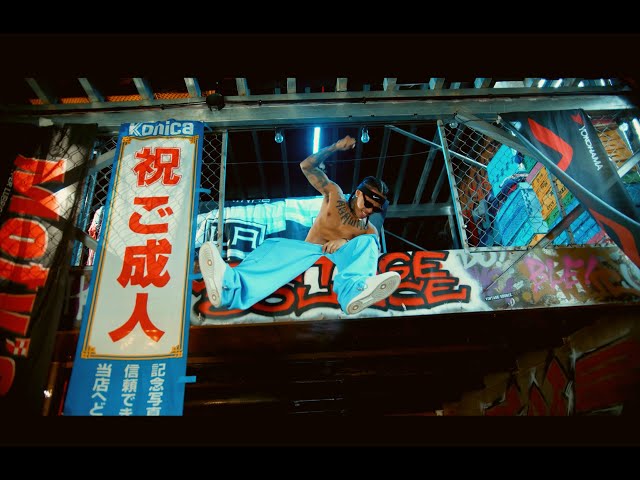 This is why a lot of both underground and mainstream Filipino rappers tend to tackle themes about “getting out of the ghetto” or “the hustle.” A lot of the time, it’s rooted in actual experiences of using music as a mode not just of upward mobility, but of livelihood as well.

Both Calix and WAIIAN have been outspoken in the past about the social conditions in the Philippines, whether its poverty and inequality or corruption in the government. In fact, Calix, together with fellow rapper BLKD, released a 12-track record, KOLATERAL, commenting on former President Rodrigo Duterte’s drug war in the country.

For them, the current issues in the country directly affect and influence the local hip-hop scene. They talk about how there are many rappers in the Philippines who are socially aware — after all, hip-hop was created as a means to “fight the power” — but some may not be outspoken about it because their views might affect their audience, and in turn, their career.

“We don’t know if an artist is making music to feed his family…. So, [it’s like] ‘Why would I risk my career by saying [things] my followers may or may not like?’ May ganon na (Those are) instances [that we also have to consider]. Nakadepende sa social conditions ng bansa natin yung mga lumalabas sa bunganga ng rapper kaysa sa kanta o kaysa sa social media (What comes out of a rapper’s mouth is dependent on the country’s social conditions, as opposed to the music or social media).” 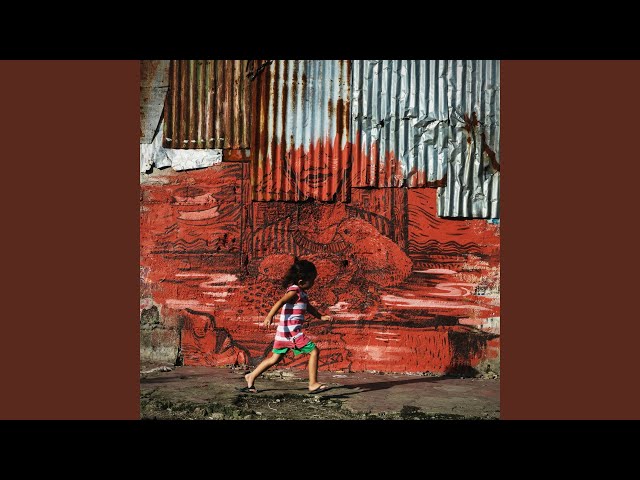 The class divide in our country also manifests itself in the local hip-hop scene, where your economic status can determine how you start or continue your career. Calix goes on to explain how an artist can’t separate their persona from their reality outside of music. “It [your social conditions] will affect it [your career]. That’s what artists don’t realize sometimes; that they’re also laborers. They are producing cultural labor. Just because you’re a rapper or an artist doesn’t mean you’re above society. Nah, man, you are in there with the other workers. Just like other workers who are exploited by big, multimillion-dollar companies, that’s also what happens with artists, whether they’re signed or not. If you’re signed, you have a lot of opportunities to perform at different stages, but you [can] still get ripped off by your label.”

It is this richness in the experiences of budding and established rappers all over the country that contribute to how the genre is shaped every day. Beyond that, it’s a genre that is built on solidarity with other artists, all working together to achieve their goals doing what they love. It’s the spirit behind the numerous collaborations between artists and the presence of rap collectives in the scene. It’s the spirit that mobilizes cross-regional movements, like the Paraisla movement in the Visayas-Mindanao region that’s dedicated to platforming Bisaya rappers.

The genre is vast, diverse, and can serve as an authentic reflection of contemporary society in the country. Filipino hip-hop both crosses cultural boundaries and celebrates them, whether someone is rapping in English, Filipino, Bisaya, or any other tongue.

“Filipino hip-hop is not being recognized enough,” Dr. Mendoza asserts. “[And it’s time] that they receive better treatment.” – Rappler.com