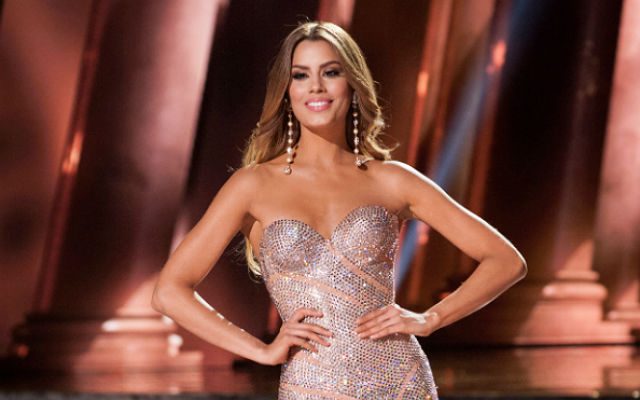 In a interview with Colombia’s W Radio, Ariadna said that she felt satisfied with her performance despite the humiliation that happened. “It was very humiliating for me, but also for the whole country and for all the people not only from Colombia but the other Latinos that were in the auditorium,” said Ariadna, according to The Latin Times. (READ: Pia Wurtzbach to Miss Colombia: Fate has a plan for you)

Ariadna also said that when the mix-up happened, she thought it was just a joke, as host Steve Harvey would often joke during rehearsals.

“It’s been an issue that has been following me since I got off the stage. I took advantage of this moment to be with family. I’ve taken time off, and not taken calls from anyone. I had to take time to mourn first,” she said in Spanish.

“There are a thousand ways to do things: I’ll do this on another day, like have a press conference or issue a statement perhaps. But the way they did things were not done with sensitivity. I say that I’m a woman with a weak heart who will be psychologically traumatized for life,” she added.

According to the Associated Press, Gutierrez said that the if there’s one thing she learned from the experience, it was that it humbled her and the rest of the Latin community present at the pageant. She also added that no one can ever take away the 4-minute experience of when she wore the crown.

When asked for her reaction to Donald Trump’s statement about making her and Pia co-winners, Ariadna said, “For the first time, I agree with him.”

On December 20, host Steve Harvey mistakenly announced that Ariadna won the title of Miss Universe 2015. He later apologized and said that she was the first runner-up, and that Miss Philippines Pia Alonzo Wurtzbach was the real winner.

Following the incident, Ariadna said that everything “happens for a reason” and that she wishes Pia well on her journey as the reigning queen. – Rappler.com