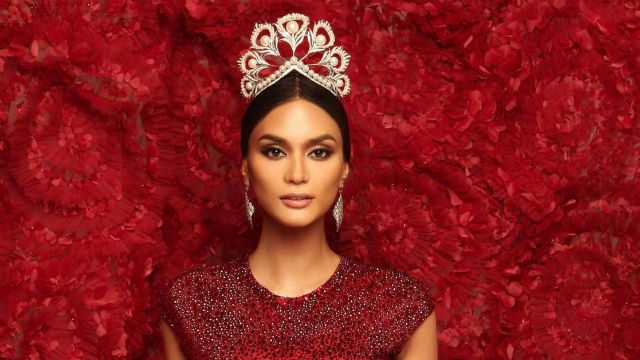 As her reign comes to a close, Pia had her last photoshoot as Miss Universe. She posted one of her pictures from the shoot on Saturday, January 7.

In the photo, Pia poses in a silver and pink swimsuit by Yamamay, pulling the bottom up and seductively showing off more skin.

It was shot by Filbert Kung and styled by Marquis Bias. Pia’s hair was done by Elin Nyberg and her makeup by Wendi Miyake.

Pia didn’t say much in her post, simply captioning it, “Final photoshoot as Miss Universe”, along with a crown emoji.

Pia posted more photos from her photoshoot on the days leading up to coronation night. One of the pictures featured her wearing the iconic Mikimoto crown, which was worn by previous Miss Universe winners.

Two Pia's are better than one.  #MissUniverse

A behind the scenes video was also released by the Miss Universe Organization.

Pia is set to crown her successor on January 30 at the Mall of Asia Arena. The pageant kicked off in December, with 11 of the candidates, including the Philippines’ Maxine Medina, touring the country.

The pageant’s preliminary events will take place throughout January leading up to the coronation night. – Rappler.com