IN PHOTOS: Miss Universe crowns through the years 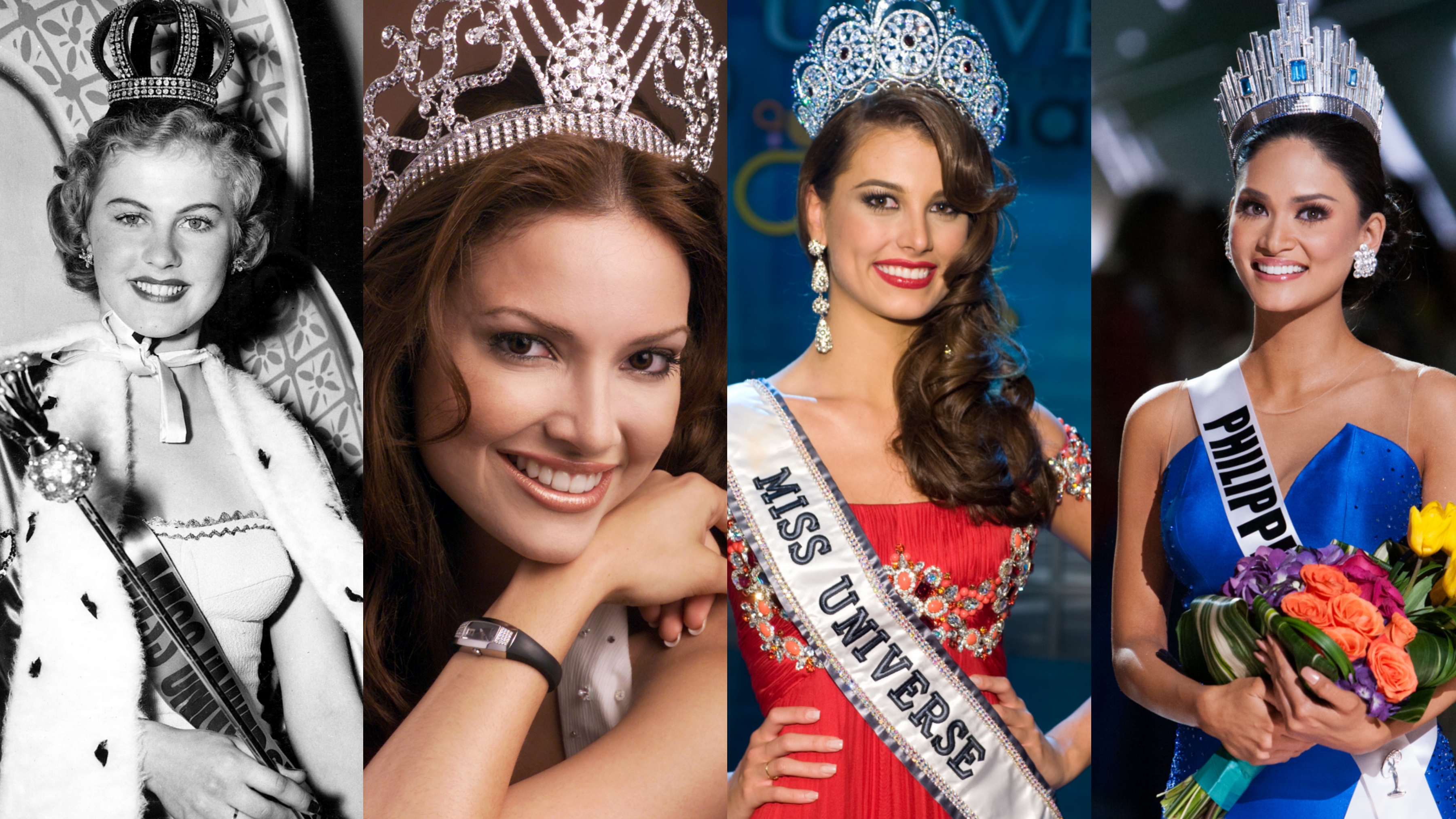 On Monday, January 30, at the Mall of Asia Arena in Manila, a very lucky woman will be crowned the 65th Miss Universe. She will take over the job that Miss Universe 2015 Pia Wurtzbach confidently fulfilled the past year. One of the perks is the privilege of wearing the prestigious Miss Universe crown.

Since the pageant’s inception in 1952, there have been 9 different crowns worn by beauty queen royalty. The very first Miss Universe crown used was actually from royalty. The Romanov Imperial nuptial crown previously owned by a Russian czar was used when Armi Kuusela of Finland won. It is believed to be made with approximately 1,535 flawless diamonds. Ironically, a nuptial crown was used to honor a “Miss.” 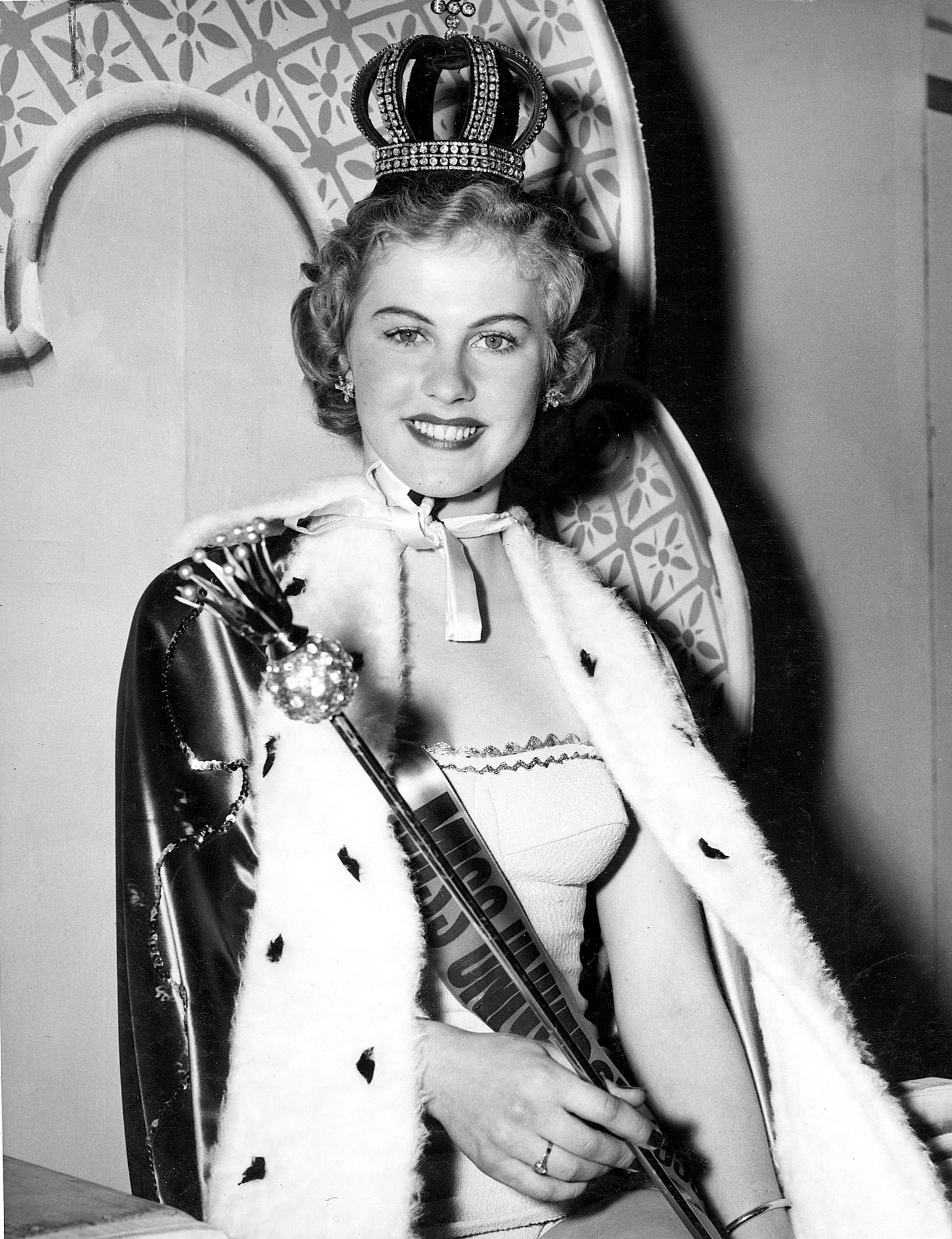 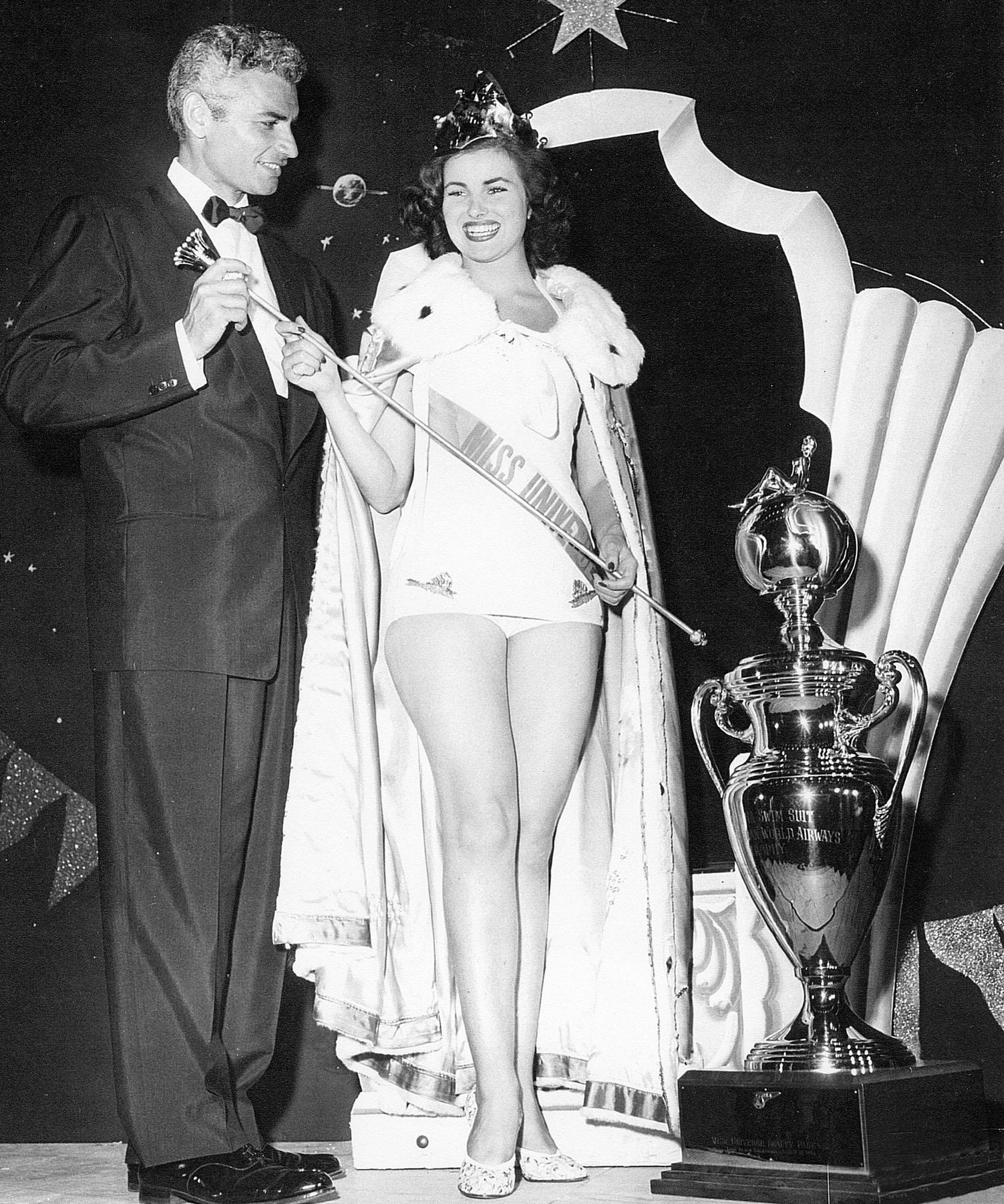 The following year, the Miss Universe crown was replaced by a metallic bronze one. France’s Christiane Martel became Miss Universe 1953 and was the only winner to have ever worn this design. It is probably the most unusual of all the crowns because it featured a very solid design and did not feature crystals or rhinestones unlike the other crowns.

Star of the Universe 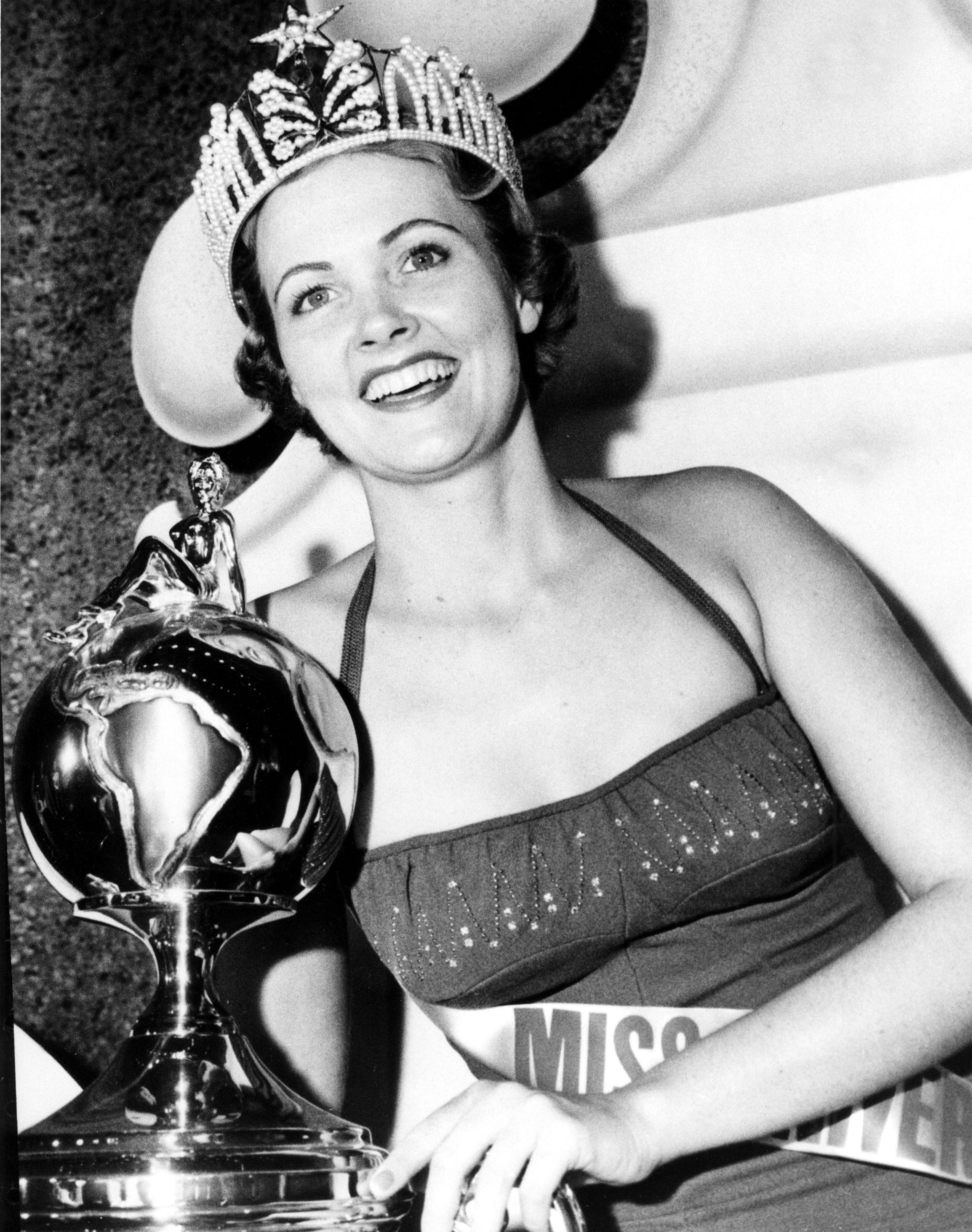 From 1954 to 1960, the design known as the Star of the Universe became the Miss Universe crown. It “consisted of approximately 1,000 Oriental cultured and black pearls set in solid gold and platinum,” with a weight of 1.25 pounds. It is said to be valued at $500,000. 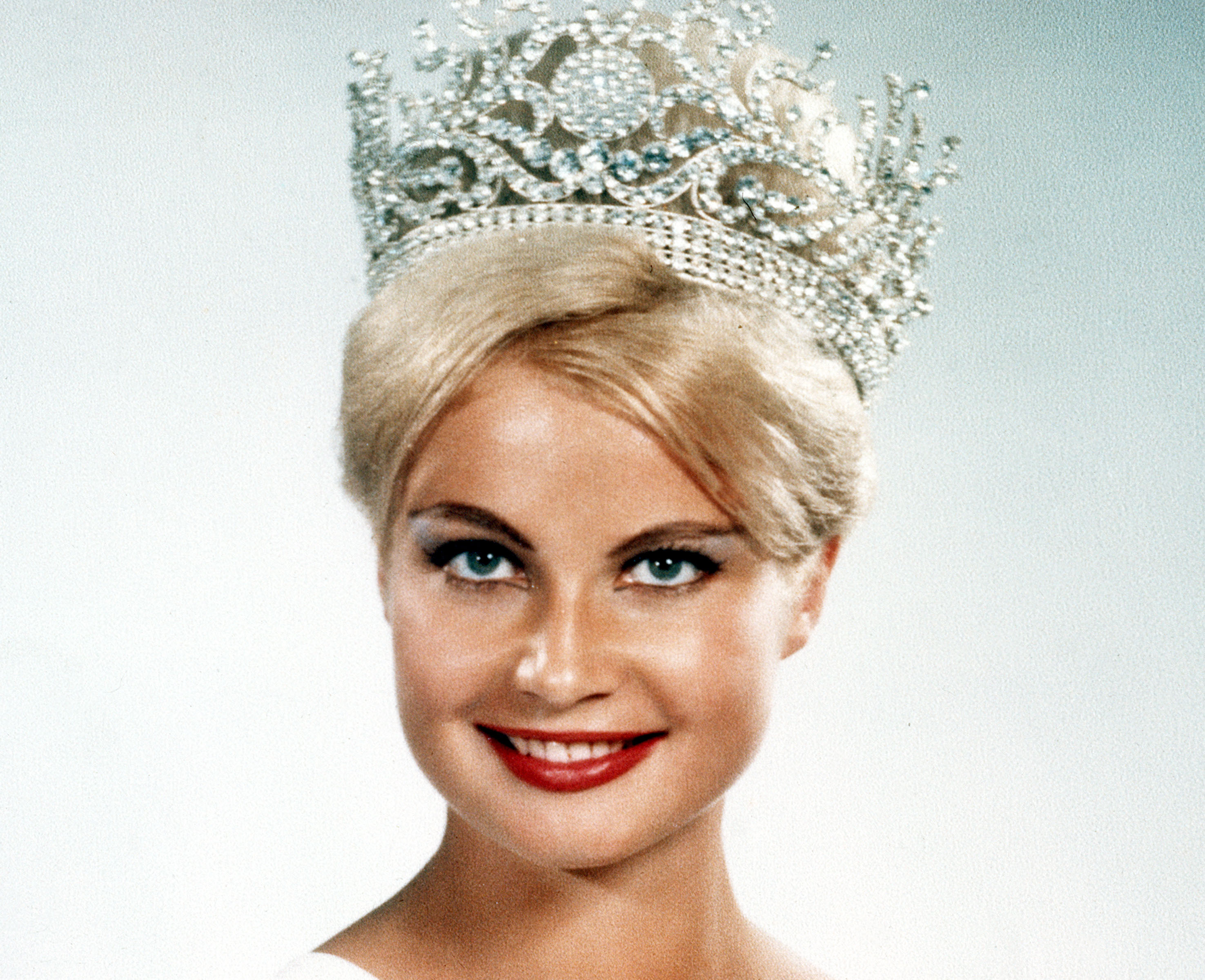 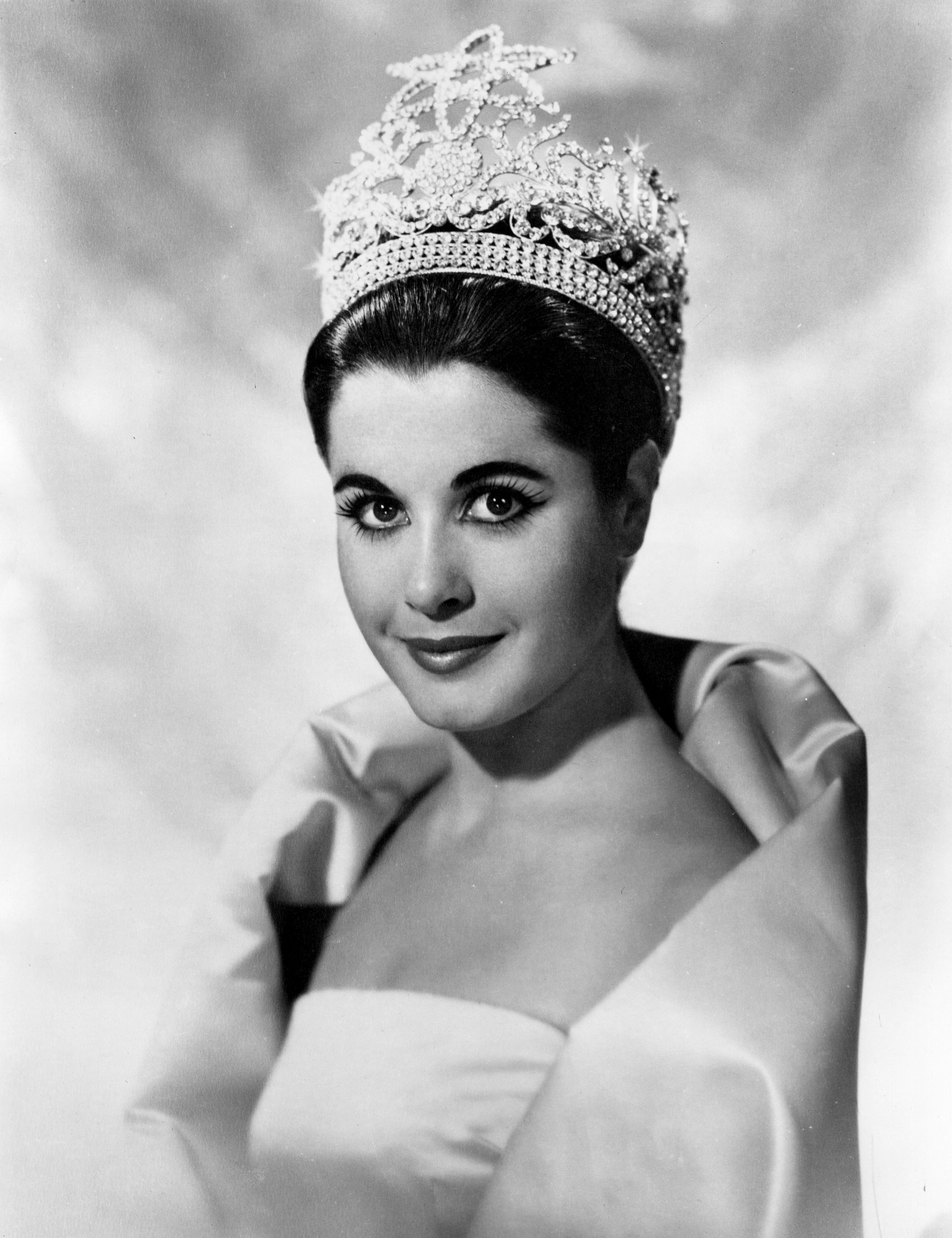 In 1961, the Miss Universe Organization wanted to have a special crown to commemorate its 10th anniversary. It was the first time that a rhinestone crown was introduced and Marlene Schmidt of Germany won. Marlene and her successor, Argentina’s Norma Nolan, became the only two winners with the distinction of wearing the rhinestone crown. 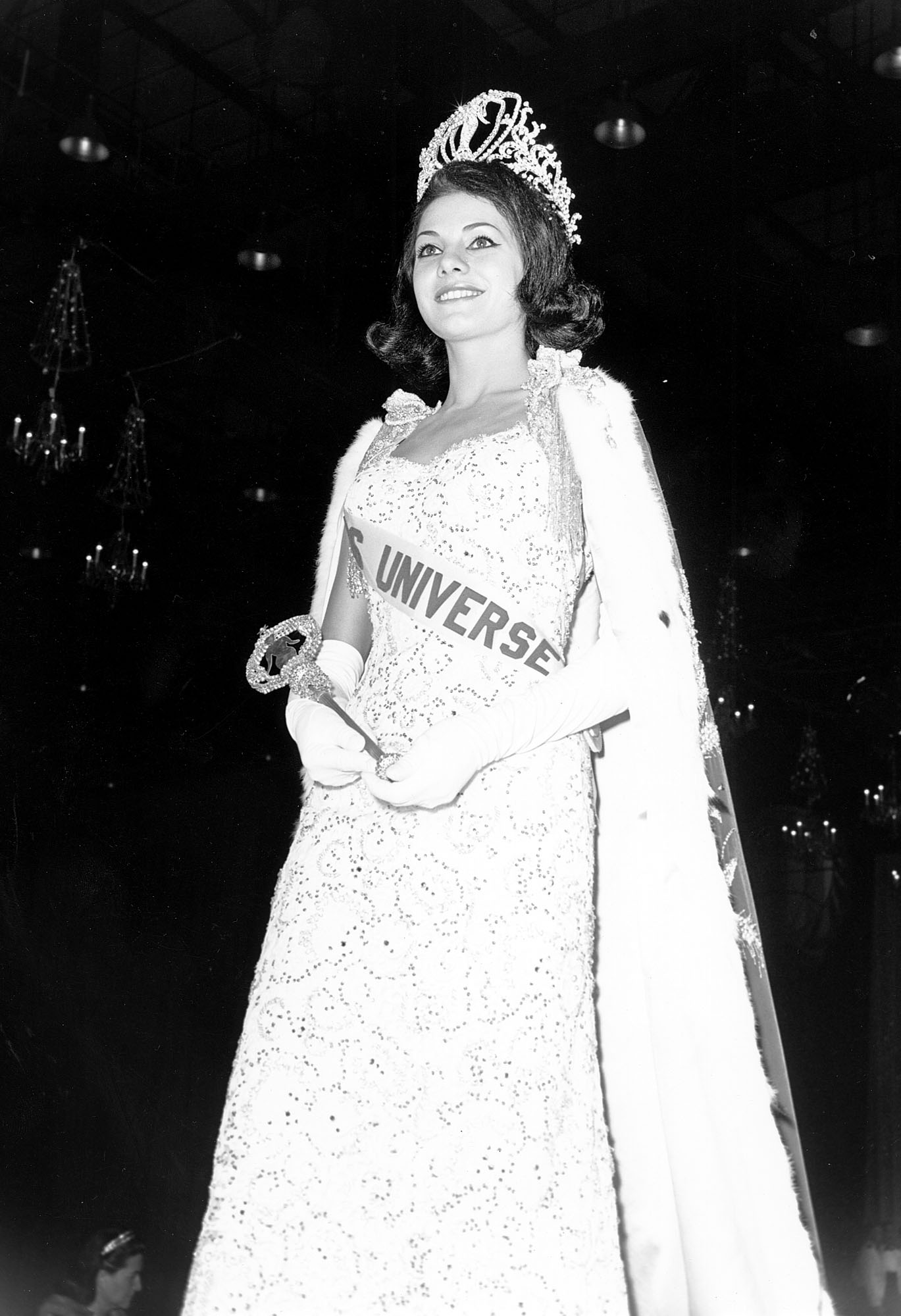 Many pageant fans were very upset upon finding out that the much-loved crown would be replaced. It ended the era of tradition and ushered in the crown sponsorship years and more frequent crown changes. 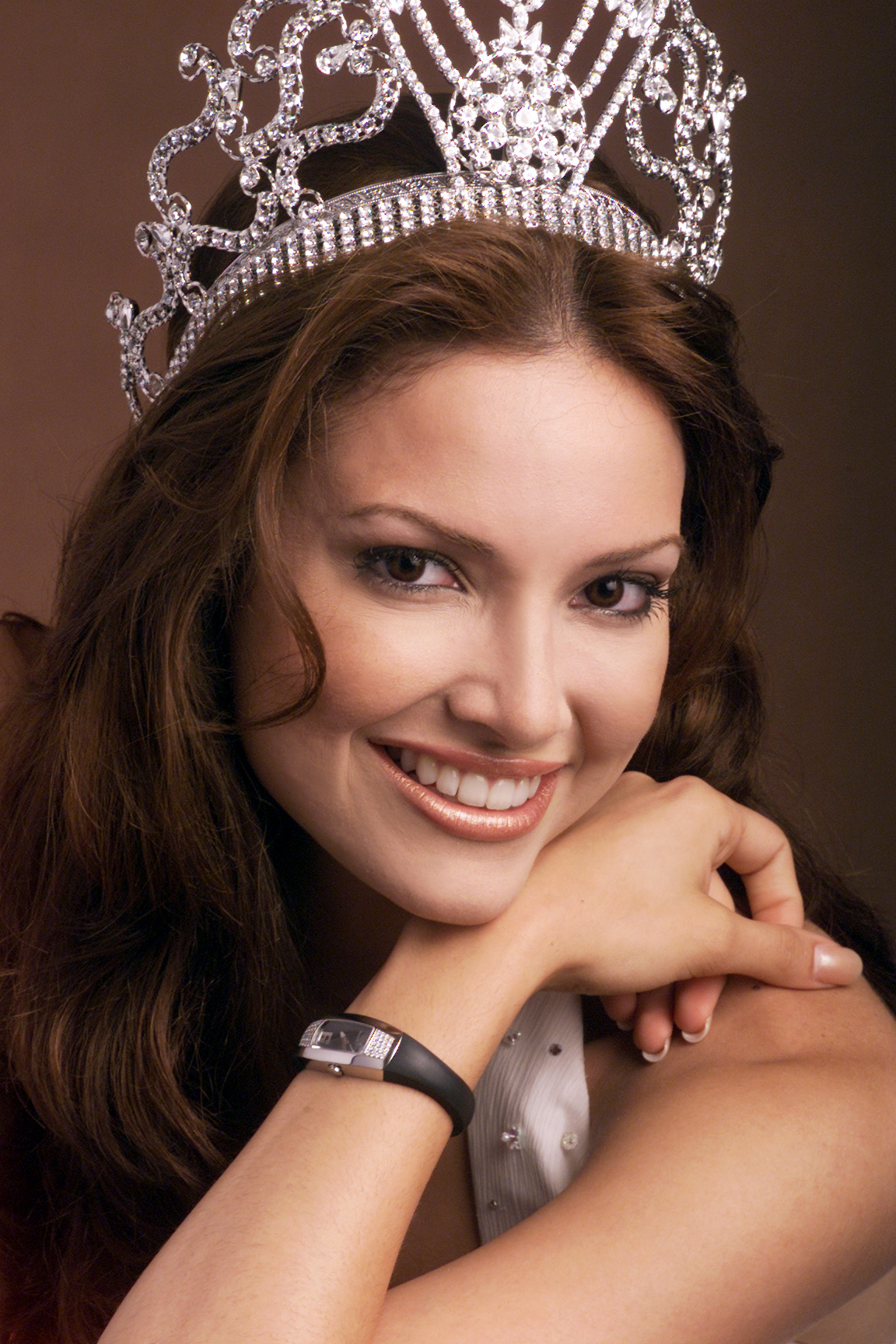 Below is a photo of Miss Universe 2001 Denise Quiñones crowning Miss Universe 2002 Oxana Federova. This picture clearly shows the two different crowns. It would be very rare to see this in future pageants because the outgoing queen no longer wears her crown during the crowning moment. 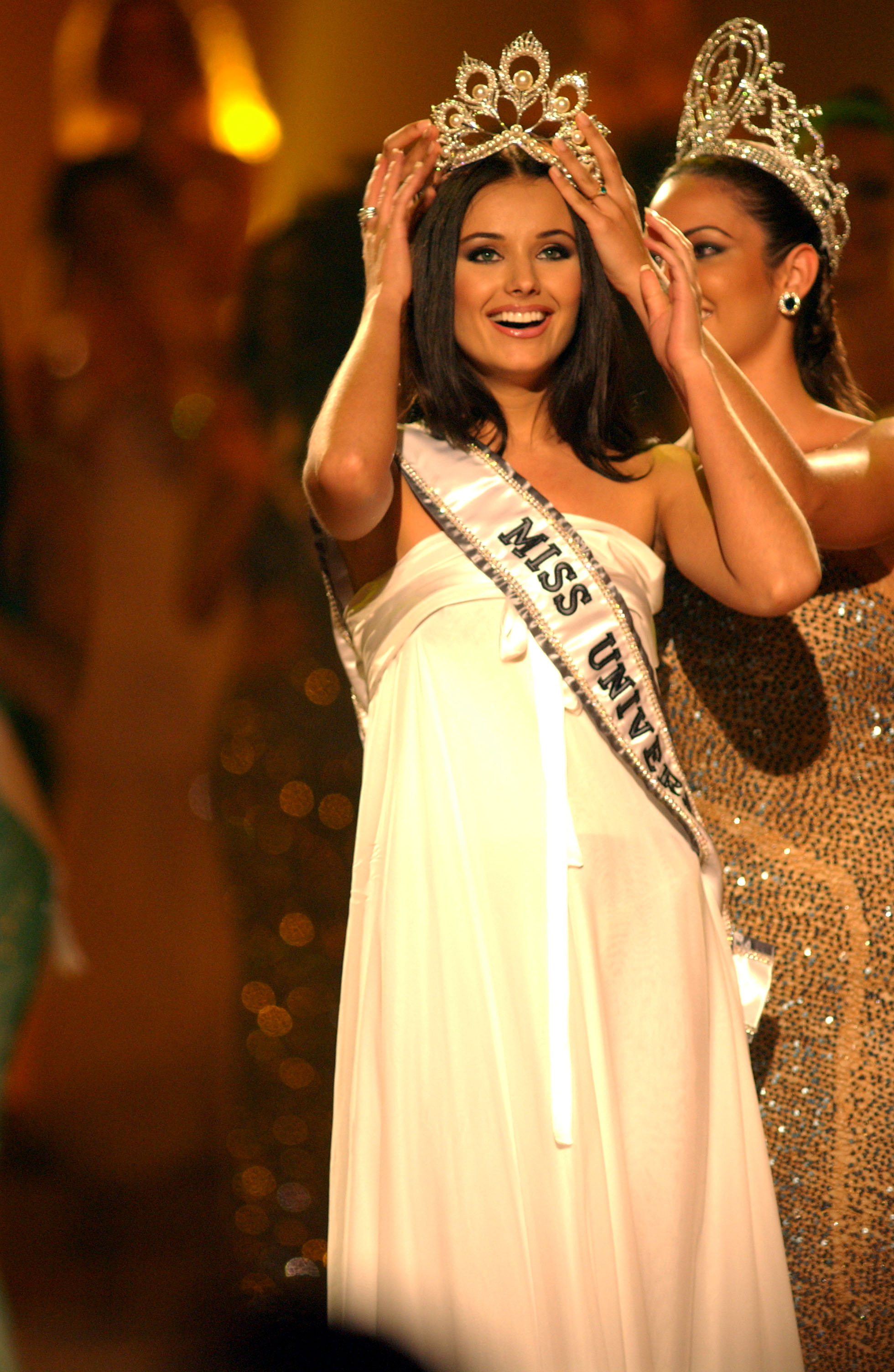 “The Miss Universe crown used from 2002–2007 was designed by Mikimoto, the official jewelry sponsor of the Miss Universe Organization, and depicted the phoenix rising, signifying status, power, and beauty. The crown has 500 diamonds of almost 30 carats (6.0 g), 120 South Sea and Akoya pearls, ranging in size from 3 to 18 mm diameter and is valued at $250,000. The Crown was designed specifically for the pageant on Mikimoto Pearl Island in Japan with the Mikimoto crown and tiara being first used for Miss Universe 2002. The crown has an accompaniment of a tiara which will be given to the winner after her reign.”

Although the crown was very beautifully designed, some pageant fans were quick to speculate that switching to it brought bad luck. Several months after being crowned with the new Mikimoto crown, Federova became the first Miss Universe titleholder to be dethroned. 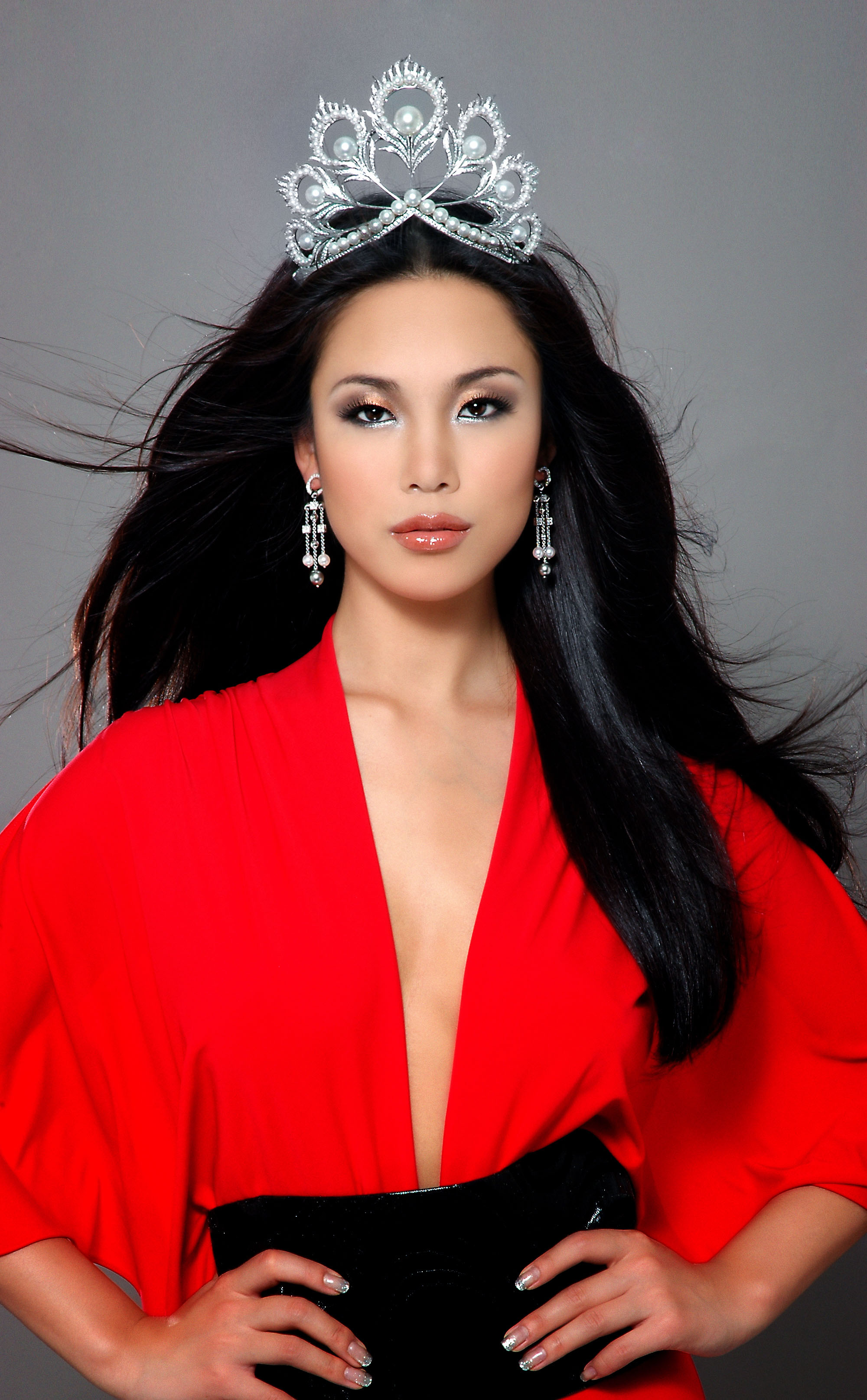 In 2007, Japan’s Riyo Mori won Miss Universe and was serendipitously the last titleholder to wear the Mikimoto crown. Unhappy pageant fans claimed that a win for Japan may have been one of the conditions stipulated in the sponsorship agreement. 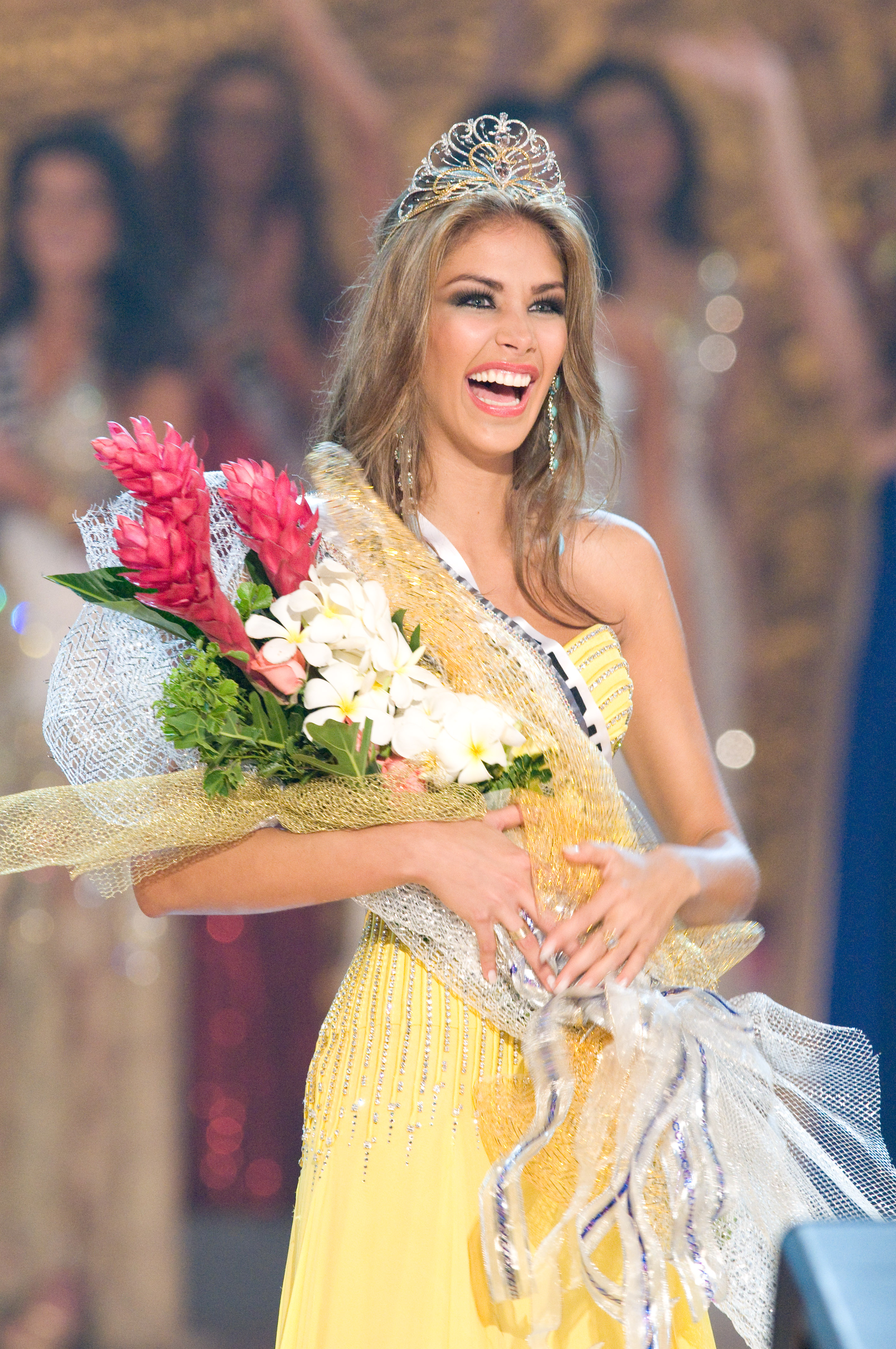 Miss Universe 2008, Dayana Mendoza of Venezuela, became the only winner to ever wear the crown designed by CAO Fine Jewelry of Vietnam. Valued at $120,000, it was made of 18-carat white and yellow gold and had more than 1,000 precious stones. This, however, is probably the least impressive of the crowns in terms of beauty. Fortunately, it was only used in 2008.

Miss Universe 2009, Stefania Fernandez of Venezuela, was the first to wear the Peace crown made by Diamond Nexus Labs. It was promoted as an eco-friendly crown because the stones were all synthetic. The rubies at the center of the patterns were said to represent Miss Universe’s HIV/AIDS education and awareness cause. 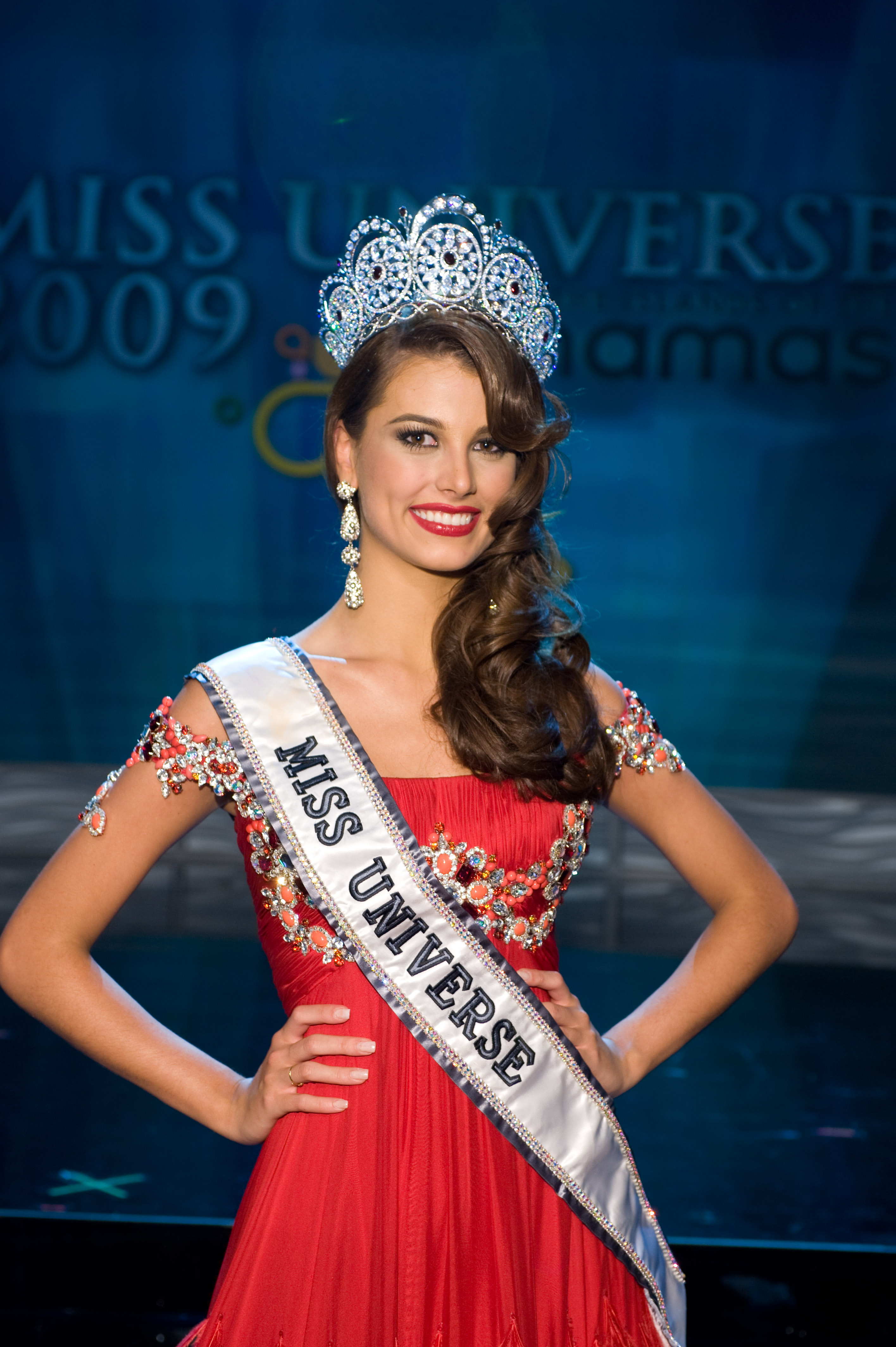 The last titleholder to wear this crown was Gabriela Isler from Venezuela. The pageant powerhouse produced 2 winners in a span of 5 years (2009-2013) when this crown was being used. 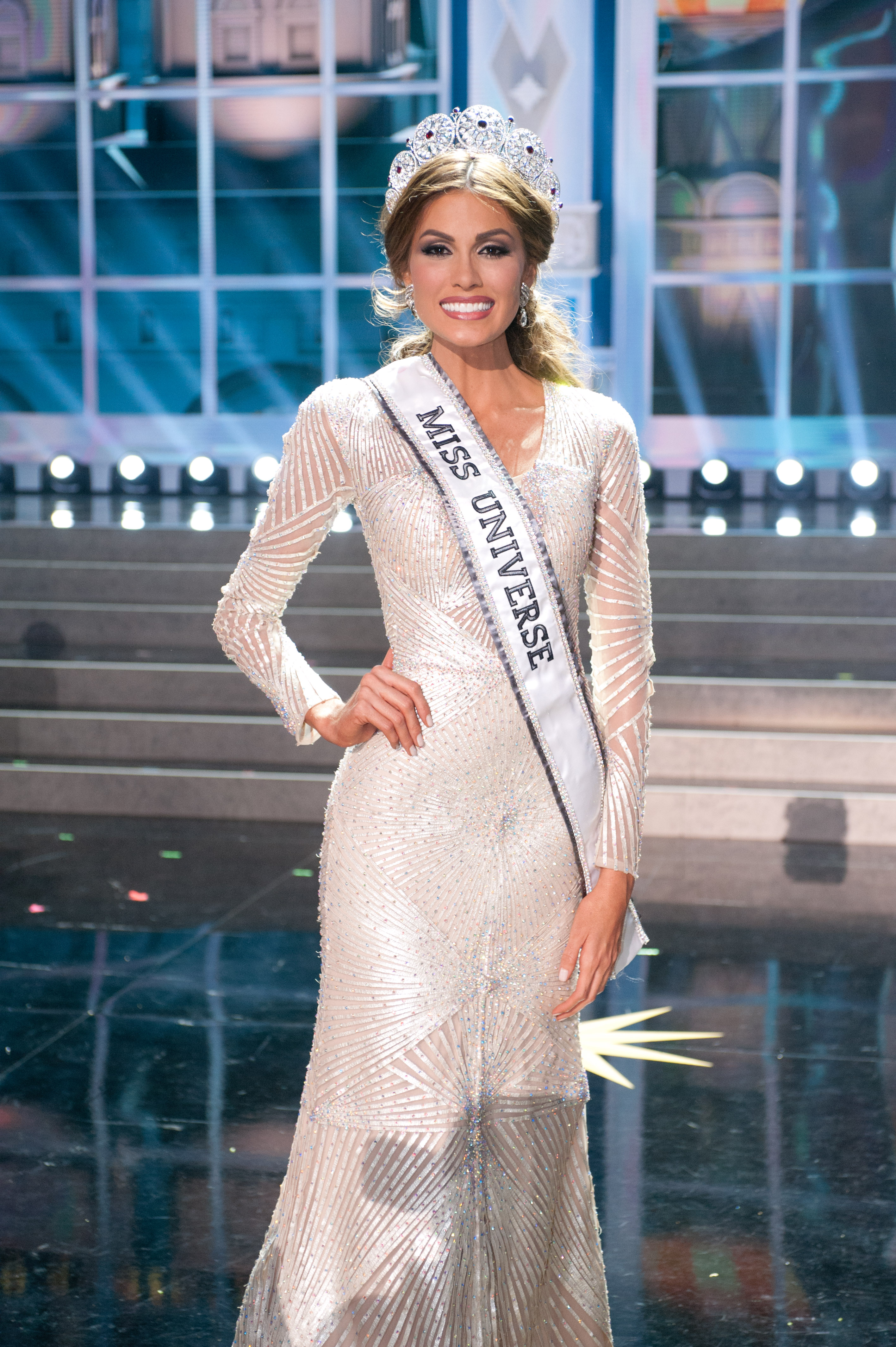 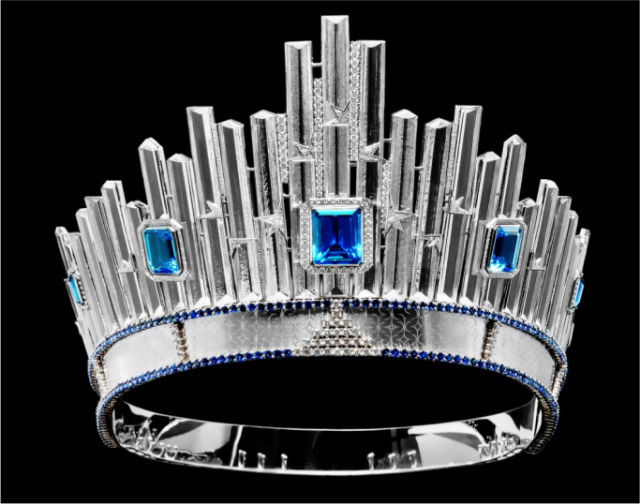 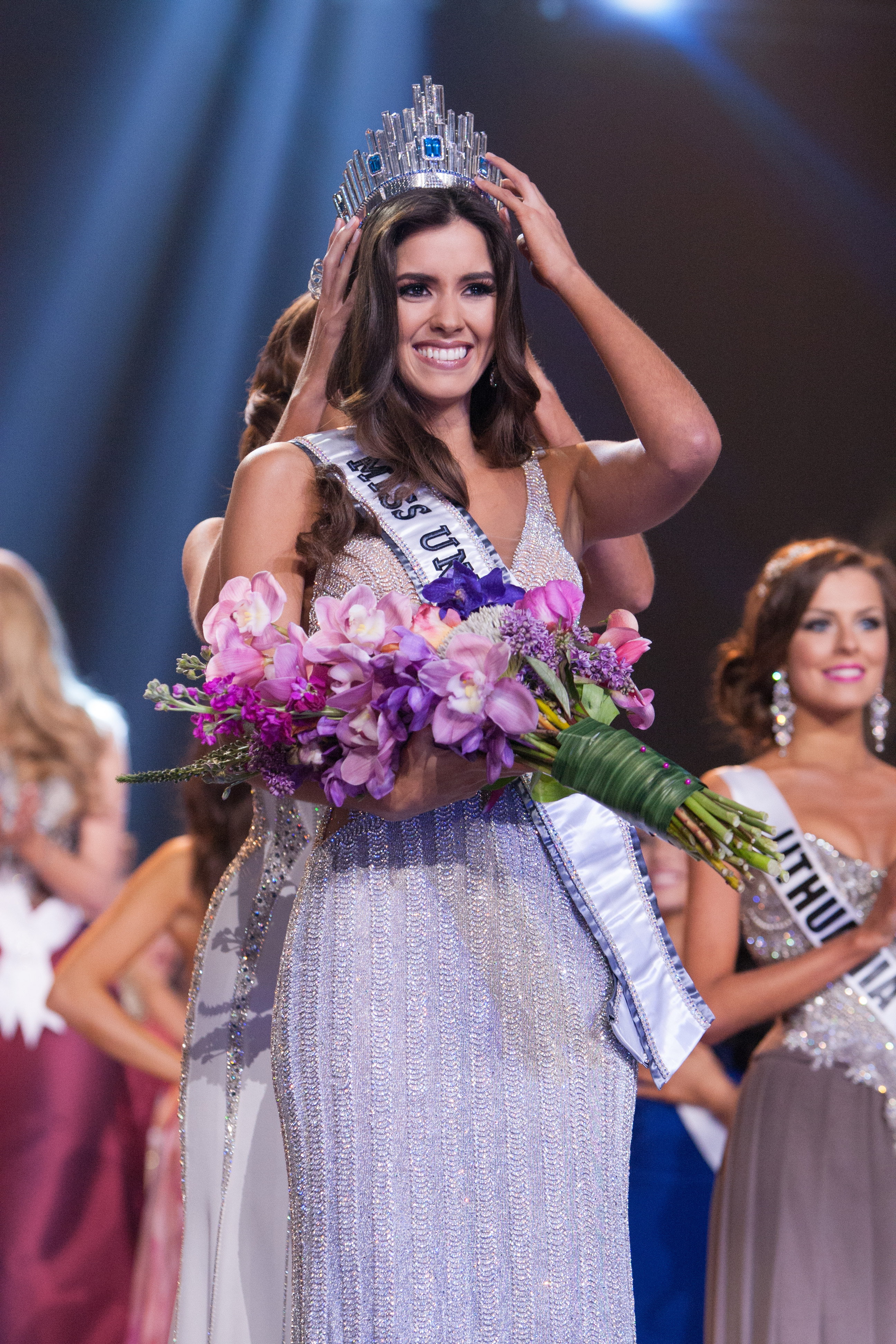 Paulina Vega of Colombia was the first to wear this crown in 2014.

The Philippines’ very own Miss Universe 2015, Pia Wurtzbach, became the second titleholder to wear this crown. 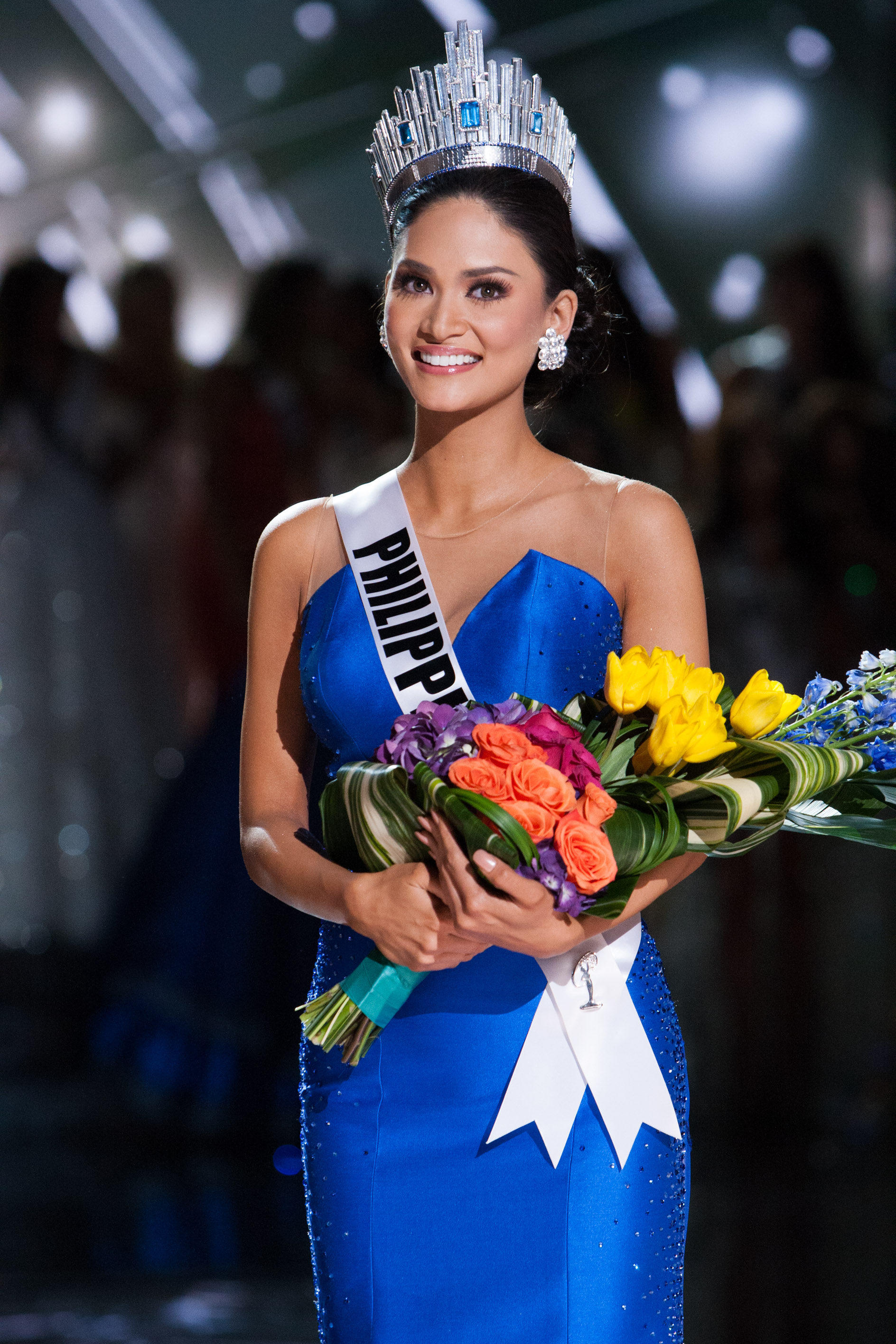 When this crown is passed on to the next Miss Universe, it will mark the end of Pia’s amazing reign and the end of a successful hosting of the Miss Universe pageant in Manila.

Whenever Miss Universe 2016 looks at this crown, she will be reminded of the beautiful memories, lifelong friendships, and exciting adventures that all started in the Philippines. – Rappler.com 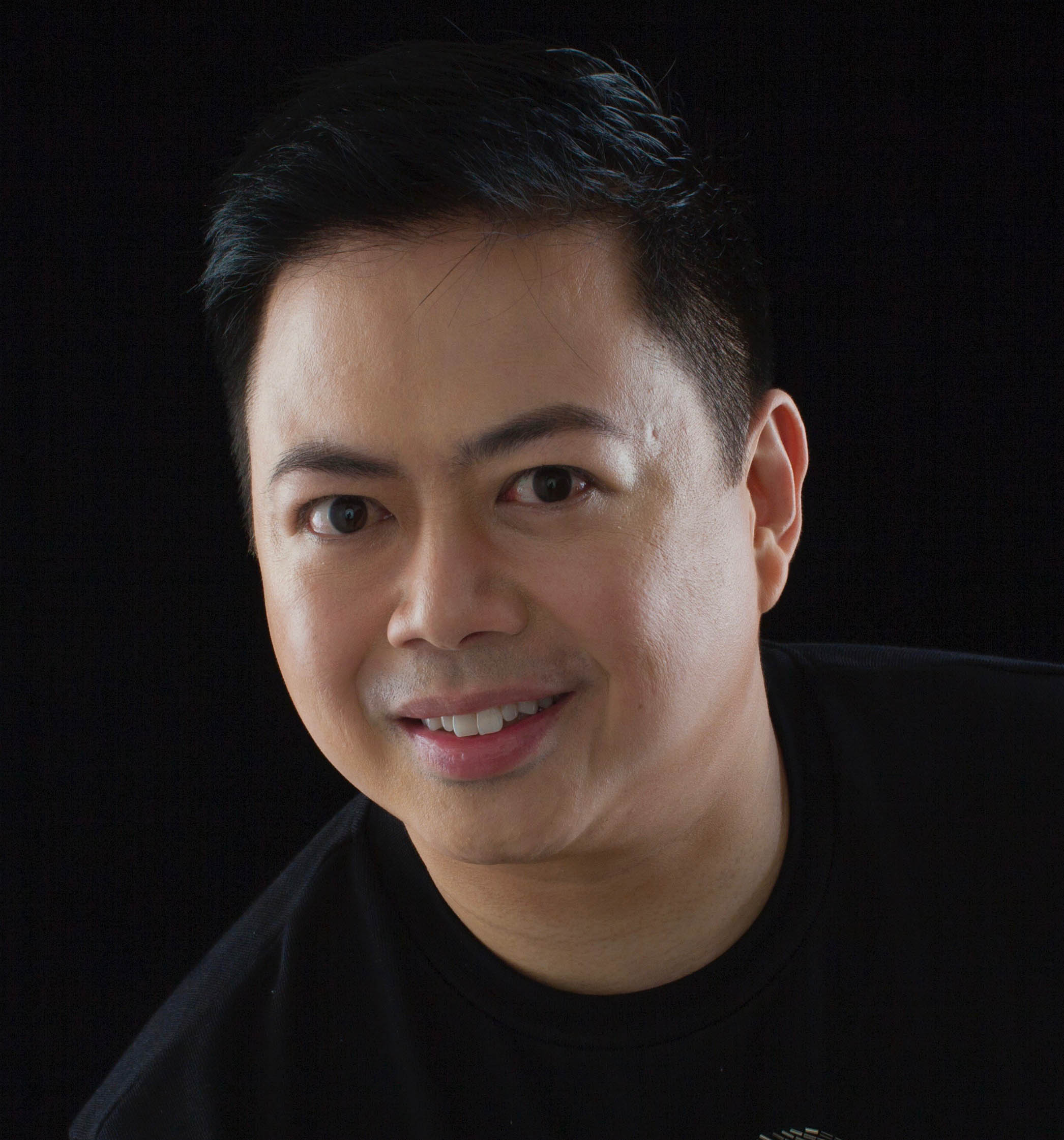