MANILA, Philippines – All in all, the Miss Universe pageant was a success for the Philippines, who hosted many pre-pageant activities in addition to the coronation night, and a solid top 6 finish for local bet Maxine Medina. But after the festivities, judges and key personalities looked back on Maxine’s performance and reflected on possible reasons for why she was unable to go further in the competition.

Maxine made it to the top 6 after the swimsuit and evening gown competitions, but was not part of the top 3 announced following one Q&A round. She was the first to be asked a question, and though an interpreter asked her the question in Filipino, she answered in English.

Asked what she thought was “the most significant change you’ve seen in the world in the last 10 years,” Maxine said: “The last 10 years of being here in the world is that I saw all the people being in one event like this in Miss Universe, and it’s something big to us that we are one, as one nation, we are all together.”

At the Miss Universe after-party at Okada Manila Monday night, January 30, reporters spoke to a number of judges as well as noted pageant mentor Jonas Gaffud. These key personalities offered their own insights on Maxine’s performance and praised the winner, France’s Iris Mittenaere. Though all agreed that Maxine was beautiful and gave an impressive performance, judge and Miss Universe 2011 Leila Lopes noted that she felt Maxine was “lacking something,” though she did not elaborate further.

“She’s beautiful, I think she’s very classy also. But you know, even though she was home and she had the crowd supporting her, but I think she was lacking something,” she said.

“I don’t know what exactly, but there was something missing you know. And I believe that Miss France had what we were looking for.” 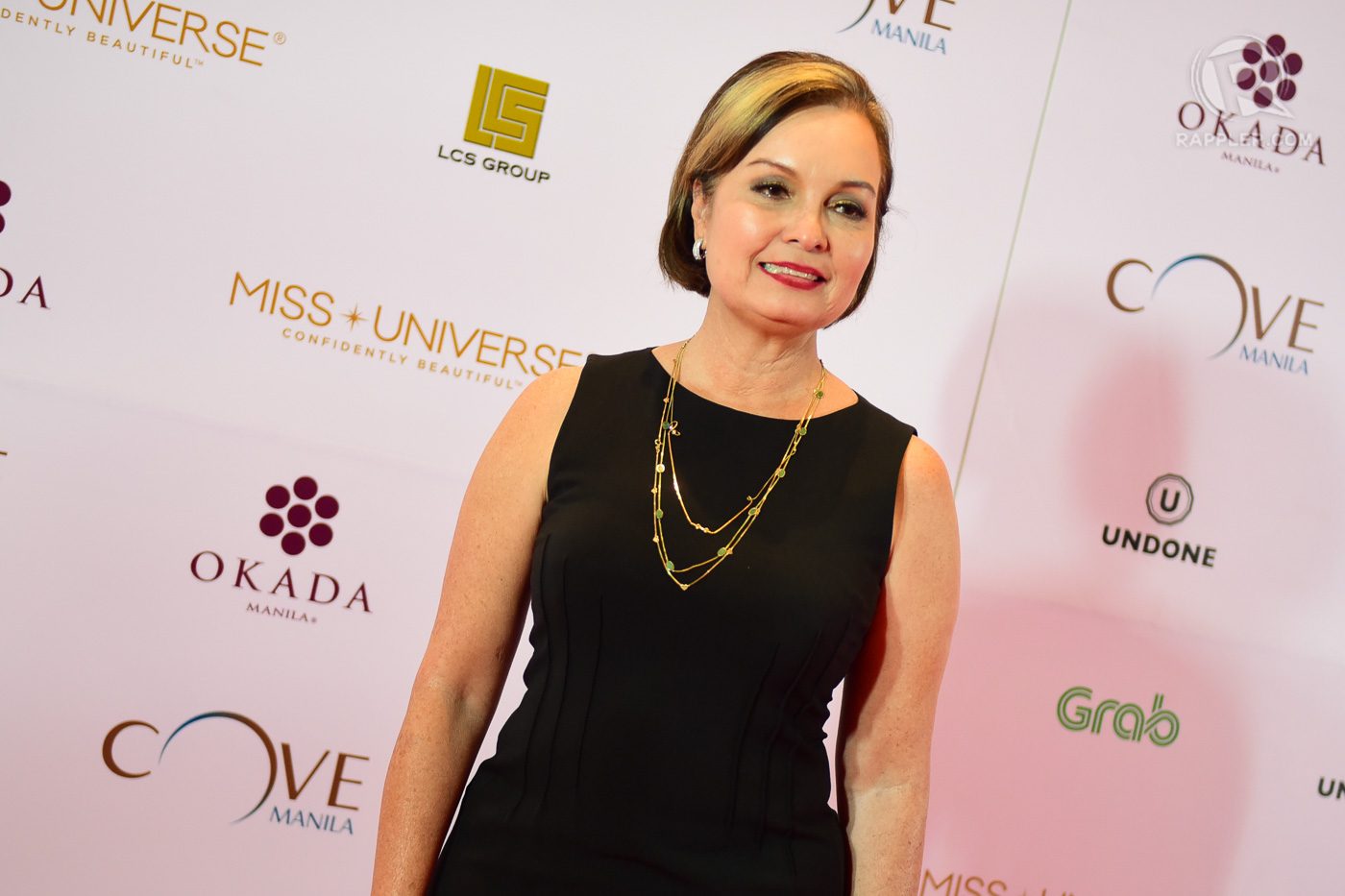 For 1973 Miss Universe winner Margie Moran, this “something” was confidence. She also pointed out that being called first naturally added to the already stressful situation for Maxine.

“Confidence and also understanding the question that was asked. For me, the fault was, she didn’t answer in Tagalog, because she had an interpreter and she should have answered in the language of the interpreter, her own language,” she said, adding that she thought Maxine seemed “scared” in that moment. Another Filipino Miss Universe winner, Gloria Diaz, weighed in with her own thoughts on Maxine’s situation, adding that even she thought the question was difficult. “Actually, I myself thought she would answer in Tagalog. But the question was difficult, very difficult. I kept thinking, what would I have said? Until now, I cannot think. And she was the first one to be called. So in a way, she’s a winner, she’s at least my winner for now, and I’m happy she made it to the top 6.”

But adding more insight to the circumstances faced by Maxine was her mentor, noted pageant authority Jonas Gaffud, also behind the modeling agency Mercator.

He spoke about the level of pressure Maxine faced competing in the pageant with the Philippines was the host country.

(What Maxine told me after was that if it wasn’t in the Philippine, she thinks she would have more of a fighting chance. She had a hard time because of the pressure.)

(You know that Pinoys give a different kind of pressure, right? So you have to be perfect all the time, so Maxine really had a hard time.)

He acknowledged that the Q&A portion was challenging for Maxine. He later noted that acing the Q&A round was one of the things they focused on for Maxine going into the pageant, along with being a great host and standing out among the group of beautiful and accomplished candidates. Some fans had remarked that if Maxine felt more comfortable with Filipino, she should have taken advantage of an interpreter.

(What we discussed was, if there’s an interpreter and whatever you feel, how you can answer the question, how you understand it, whether it’s in Tagalog or English, what you understand, that’s how you answer. So awhile ago, at first, I thought at least she spoke in straight English, but I guess she didn’t internalize the question so much, but at least her answer was not wrong.)

Following the pageant, Maxine said she felt blessed and proud to have been able to represent the Philippines at the pageant.

(To my countrymen and fellow Filipinos, thank you very much for all the support and love you’ve shown me! Everything I do is for our Philippines! Long live us all. I love you.) – Rappler.com