MANILA, Philippines – Pia Wurtzbach was back on the Binibining Pilipinas stage on Sunday, April 30, this time to host the 2017 coronation night. 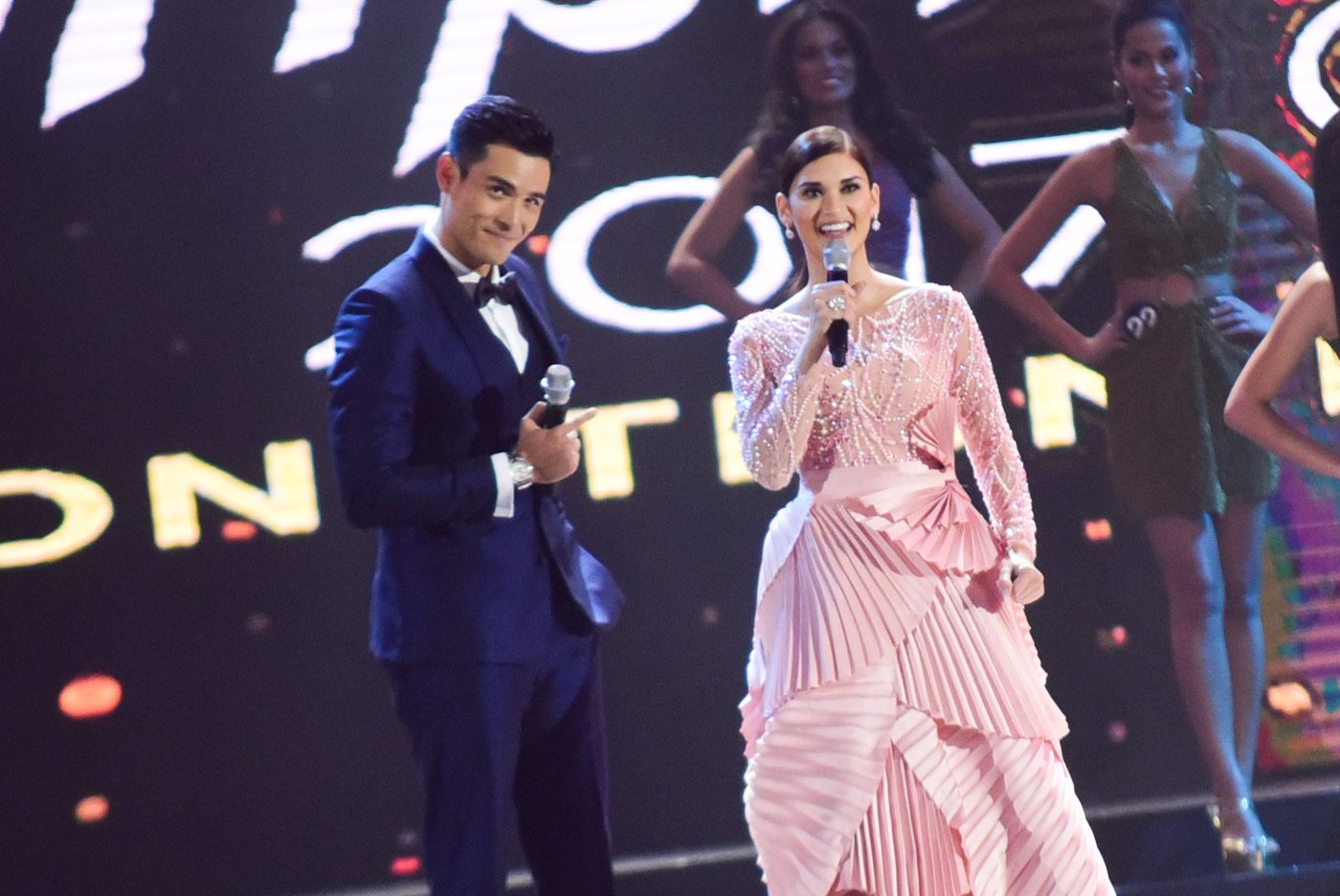 She later changed into an icy blue number by Popo Go.

Pia’s boyfriend, racecar driver Marlon Stockinger, was spotted in the audience that night.

Pia won Bb Pilipinas in 2015, then went on to win the Miss Universe pageant later that year.

In 2016, she passed her Miss Universe Philippines crown on to Maxine Medina, who finished in the Top 6 of the 2016 international pageant. – Rappler.com